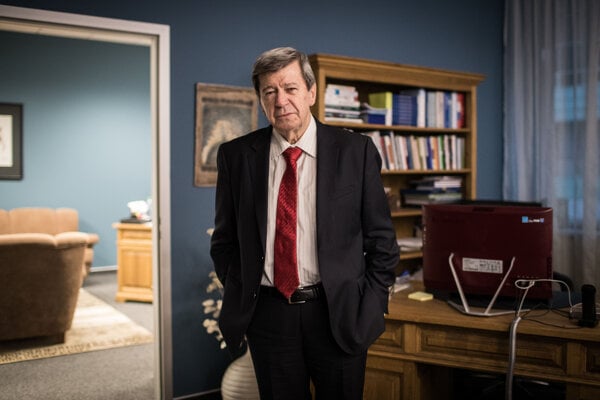 Eduard Kukan, long-term diplomat and politician, has died at the age of 82 years.

The cause of his death was probably heart failure, the SITA newswire reported.

Kukan served as foreign affairs minister in 1994, then 1998-2006, i.e. during both governments led by Mikuláš Dzurinda. He also attended the accession talks to the European Union and NATO. In 2004, he unsuccessfully ran for president. 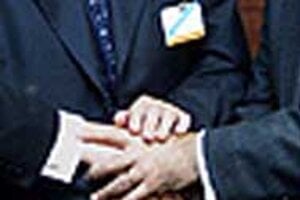 Kukan had a rich diplomatic career, with his diplomatic posts including Zambia, the United States and Ethiopia. He also served as permanent representative to the United Nations and in 1999, he was appointed UN Special Envoy on Kosovo, alongside Carl Bildt.

Moreover, Kukan was a teacher at the Faculty of Law of Comenius University in Bratislava.

Death of an elegant politician 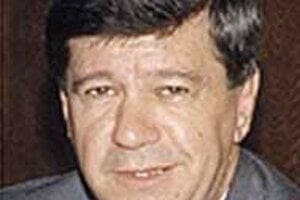 Dzurinda called Kukan an elegant politician, but particularly a good person. He also described him as a diplomat-gentleman.

“He contributed to the renaissance of Slovakia and its accession to the EU and NATO,” Dzurinda said, as quoted by the TASR newswire, expressing his sympathies to the bereaved.

Ivan Mikloš, who served as a finance minister for the Dzurinda governments, said that Kukan was not only a great diplomat and politician of the European format, but a great person.

He expressed his sympathies to the entire family.

Eduard Kukan always represented Slovakia with dignity and he was the most significant face of Slovak diplomacy, President Zuzana Čaputová wrote after his death was announced.

After the 1990s, Kukan played a large role in directing Slovakia on the path of change and reform, the head of state noted. She described him as a great diplomat who was not afraid of "Mečiarism".

"Thanks to the determination of Eduard Kukan, Slovakia has managed to anchor itself in the European Union, in NATO, as well as in other international structures that are important for our further progress and prosperity," Čaputová said. She added that Kukan always acted with prudence, peace, and a grace of his own.

Foreign policy analyst and former Slovak foreign affairs minister Pavol Demeš said the work of Eduard Kukan was linked to a golden era of Slovak diplomacy when it was clear to everyone where Slovakia belonged and how foreign and domestic policy could be combined.

PM Eduard Heger said the former Foreign Minister was a diplomat of high quality, who embodied decency and knowledge, and highlighted his role in Slovakia’s accession to the EU and NATO.

“At the present, especially, it seems that his effort was not futile and contributed to Slovakia [going in] the right direction,” the PM said.

President of the European Parliament Roberta Metsola wrote on Twitter that she was deeply saddened by Kukan’s passing.

“Your engagement was exemplary, Your wisdom was inspirational,” she said, adding in Slovak: Rest in peace, Mr Kukan.