Universities are promoting themselves abroad, but there is still work to be done. 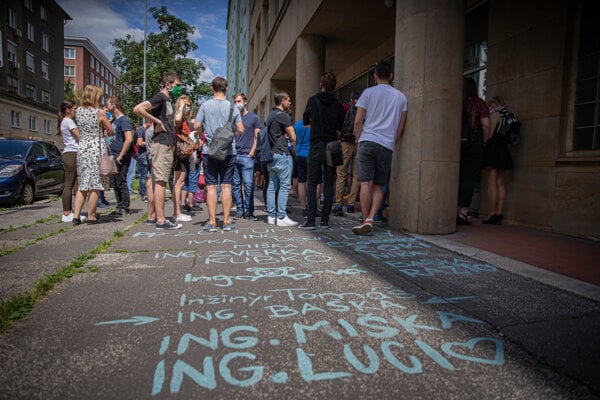 When Sayantan Roy was thinking about where to apply to study at university, he mulled several options. In the end, he chose Slovakia over the US, the UK and Canada because of its location inside the EU, its three-year bachelor degree programmes, and the lower fees it charges students.

He arrived in eastern Slovakia from India to study mechanical engineering at the Technical University of Košice (TUKE). After finishing his studies last year he decided to stay in Košice. Today, he works for a Nitra-based company and has also launched his own start-up.

“Slovakia is overall just a very nice experience for me,” Roy told The Slovak Spectator, explaining that he means that not only in terms of his time at university, but also his social life and events.

He explains that if he were to abandon his job and start-up in Slovakia and move to another country, he would mean starting from zero, and he would find himself in a position similar to when he arrived in Slovakia in 2018. Since then, he has been successful in building his own network, making new friends and acquiring some knowledge about Slovakia.

There are more people like Sayantan Roy, and the number of foreign students at Slovak universities is gradually increasing. While there were 8,427 foreign students studying in Slovakia in 2011 out of a total of 204,158 students, in 2021 that number had risen to 15,775 students among a total of 130,164 students in the first and second stages of university studies. In other words, foreigners had gone from comprising around 4 percent of students at Slovak universities in 2011 to 12 percent by 2021, data from the ‘Largest in Business’ yearbook, published by The Slovak Spectator, shows.

Student numbers are still low, despite the increase

Adam Krchňavý, who works with INESS, an economics think tank, said that the rising number of students coming from abroad to study in Slovakia can be perceived as a positive development, even though the absolute numbers are still very low.

“The growing trend of students from abroad is a positive signal for the Slovak economy, because graduates are more likely to stay and work here, which will lead to demand for services, jobs, taxes and increased revenues to the state budget,” he told The Slovak Spectator.