Weekend: Great views are overrated. This peak offers something different 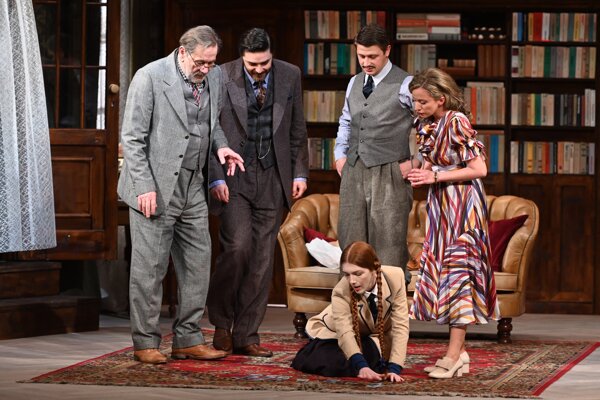 Some of the actors appearing in the play "Spider's Web" by Agatha Christie at the Ján Palárik Theatre in Trnava. (Source: Lukáš Grinaj for TASR)
Font size:A-|A+  Comments disabled

This week is all about a successful and talented Slovak photographer and a Slovak-Ukrainian writer. Plus, we have some travel tips for the weekend. 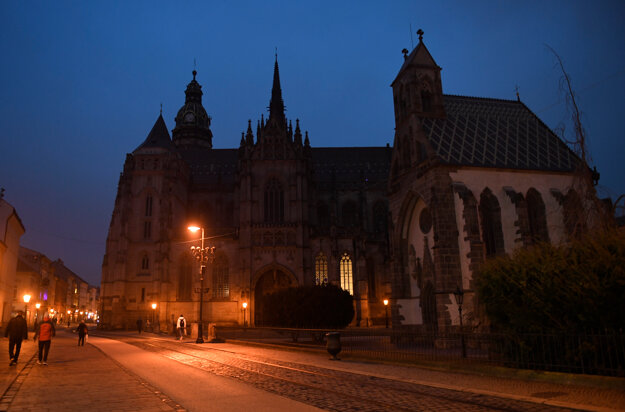 The unlit Dome of St. Elisabeth in Košice on February 15, 2022, in protest against the proposal that monument protection offices should become building authorities. More than 70 landmarks turned off their lights. (Source: František Iván for TASR)

Rocks instead of views? Never mind.

For those who are not too interested in spectacular views of hilltops and mountains, a hike to Kopa, a 1,187 m peak set in between the towns of Martin and Ružomberok, is an enjoyable hike.

Kopa is the last peak of the western part of the Veľká Fatra ridge in central Slovakia.

To the forested peak, hikers can set out from the villages of Stankovany or Ľubochňa, following a red-marked hiking trail. They can spot several different rock formations on their way up.

Because it is still winter and trees are leafless, hikers enjoy at least occasional views. In addition, near Kopa, they can take a turn and walk to a rock platform to see the River Váh, Stankovany, the Malá Fatra hilltops and the popular peak Veľký Choč from the top. 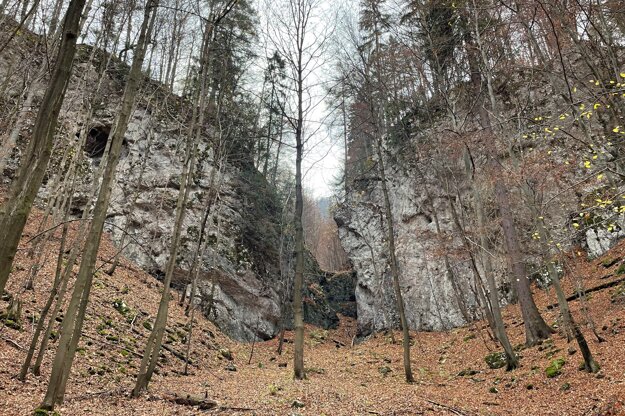 Rocks on the hike to the Kopa peak in the Veľká Fatra ridge. (Source: Erika Ďurčová for TASR)

Passionate hikers can walk from Ľubochňa through Kopa up to the village of Kraľovany. See the map for this hike.

When the Museum of Ukrainian Culture opened in 1956, the Ukrainian minority already had their own national theatre in Prešov and could listen to programmes in their language on the Czechoslovak Public Radio.

Today, the museum situated in Svidník, eastern Slovakia, takes visitors on a journey that is filled with art, history, and architecture created by the Ukrainian minority. The institution is considered to be the oldest ethnic museum in the country. 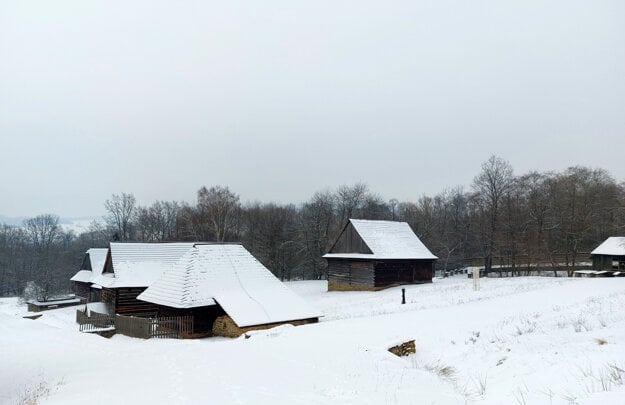 Miriam Božíková from the museum, who features in the Spectacular Slovakia podcast, reveals more about Ukrainian culture, the museum and the region's inhabitants.

“Unknown people from a small unknown region can achieve great things,” she says. What great things does she have in mind?

Gallery: Ľudovít Fulla Art Gallery in Ružomberok will no longer exhibit Fulla’s invaluable works due to the unsatisfactory condition of the architecturally exceptional building.

Education: The Slovak National Gallery has obtained the international certificate Home of 21st Century Education for its educational activities for both children and adults. The certificate was awarded to the gallery by the Hands on! organisation.

Slovak-Ukrainian writers’ books are a mystery

Ivan Yatskanyn has never written a book in Slovak, but he has published around 20 books in Ukrainian. None of the books of this Slovak-Ukrainian author have been translated into Slovak.

He does not seem to be bothered and turns his attention to Ukrainian-speaking readers instead, while this largely undiscovered cultural heritage created by Slovak-Ukrainian authors remains unknown to Slovaks.

“You translated books written by many Slovak authors into Ukrainian, someone should finally translate yours,” his friends have told him many times.

It is not a valid argument, Yatskanyn says in an interview with The Slovak Spectator, adding he would like to translate his own books into Slovak.

“The thing is that I don’t like to go back to my texts.” 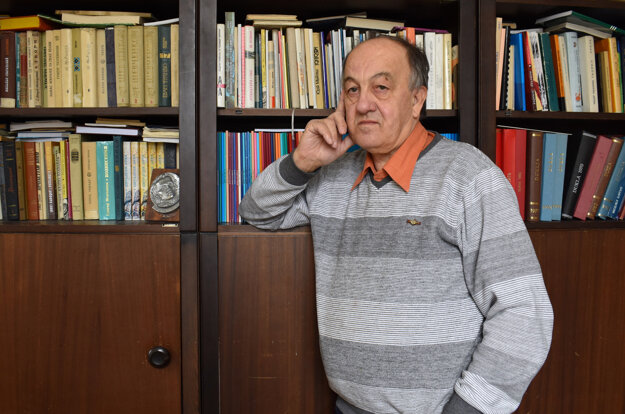 Ivan Yatskanyn, 71, is a Slovak-Ukrainian author who writes exclusively in the Ukrainian language. (Source: Peter Dlhopolec for The Slovak Spectator)

Whether Yatskanyn or other writers like him will ever have a chance to read their books in Slovak thus remains a question with no answer, for now.

In his childhood, Tomáš Slovinský was fascinated by the night sky. He was curious about the secrets of the cosmos and loved to watch eclipses and meteor showers. Then one day he pointed the lens of the old camera toward the night sky and was amazed to discover how much more of the universe, specifically its colours, the camera could capture compared to the naked eye.

And this was how the Košice-native began astrophotography. 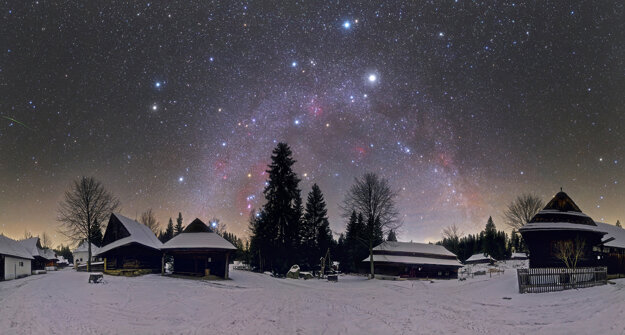 “I enjoy every photoshoot I do, whether it’s in Slovakia or abroad, and if it gets an award or recognition, that’s just a nice bonus,” Slovinský tells The Slovak Spectator in an interview.

That is it for this week. Have a restful weekend! - Peter