The embassy has provided shelter in the past few days for children and journalists. 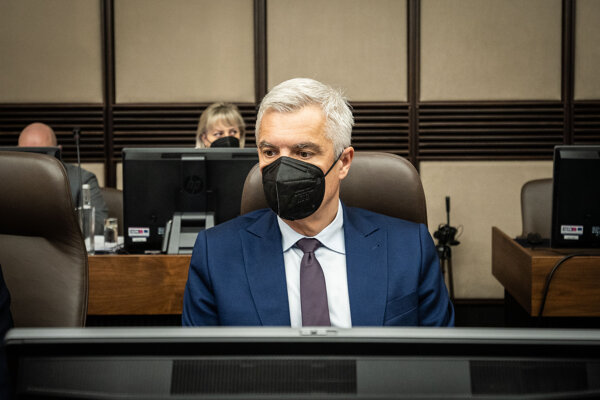 The Slovak Embassy in Kyiv has been evacuated, said Foreign Affairs Minister Ivan Korčok (SaS nominee) before the cabinet session on March 2.

A day before, he said that the embassy had provided shelter not only to Slovak nationals, but also children and Slovak and foreign journalists in hiding.

“After evaluating the security situation, we decided to take such a step,” Korčok said. “I believe that they will succeed in getting safely home.”

Currently, a diplomatic convoy with 26 people is heading from Ukraine towards Slovakia. The convoy consists of ten cars and when the minister reported on it around 10:30, they were about 100 kilometres away from Kyiv.

On March 1, President Zuzana Čaputová thanked Ambassador Marek Šafin and his three colleagues who were still in Kyiv at that point. She added that they were one of the last embassies of the EU countries that were still present in the capital.

Minister Korčok noted that he will submit to the governmental session together with Interior Minister Roman Mikulec (OĽaNO) a proposal to cancel the visa-free agreement for holders of diplomatic passports of the Russian Federation. This would mean that Slovakia would not issue diplomats from Russian Federation visas.

“It is a coordinated step of the whole EU,” Korčok added. “Russian diplomats will have to arrange a new visa.”