Slovakia may witness the largest refugee crisis Europe has seen in this century. 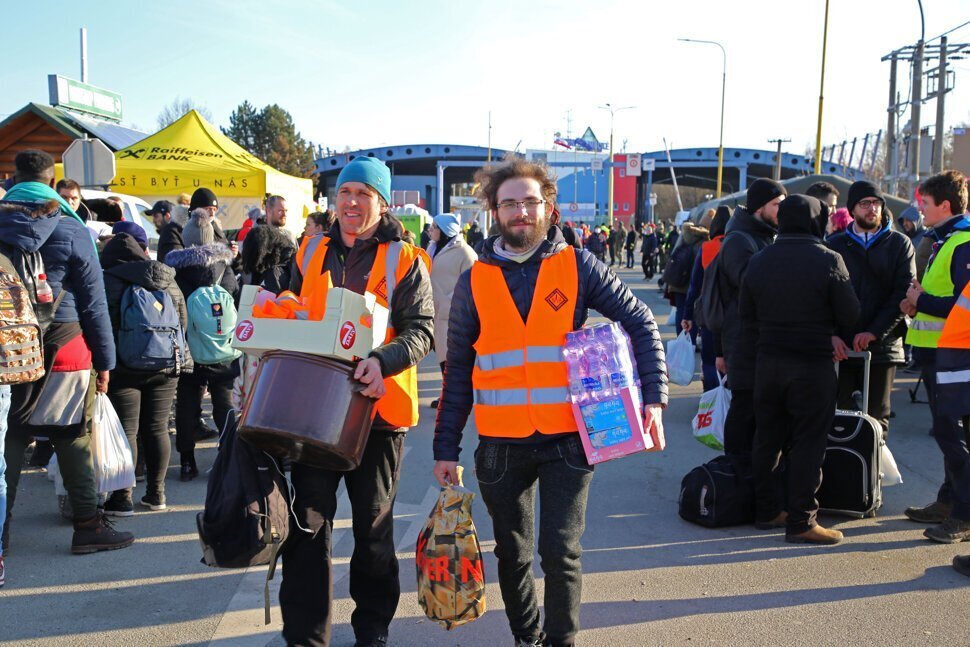 Oksana and Tatiana have been best friends and neighbours since they were children. Oksana’s 10-year-old son is leaning on her shoulder, her 13-year-old daughter is sitting next to her. Tatiana is holding her four-year-old son and has tears in her eyes.

They came to Vyšné Nemecké on Monday afternoon after a two-day journey. Before, they tried to cross the Polish border but found it overcrowded.

They come from the city of Vinnytsia, 600 kilometres from the Slovak border. The region where they live was shaken by the massive explosion of the local ammunition store on the very first day of the Russian invasion of Ukraine.

“I took my children to save them,” Oksana said. “But my parents didn’t want to leave. They had to stay to take care of my sister’s children. She had to go to Turkey before the war started because of the treatment of her daughter who has lymph node cancer. She can’t return home now.”

Tatiana adds the airstrikes did not stop. “We left,” she said while rocking her son, but then remains silent to hold back her tears.

They do not reveal their surnames, because they are concerned about their men, who joined the fight for Ukraine, and other family members. 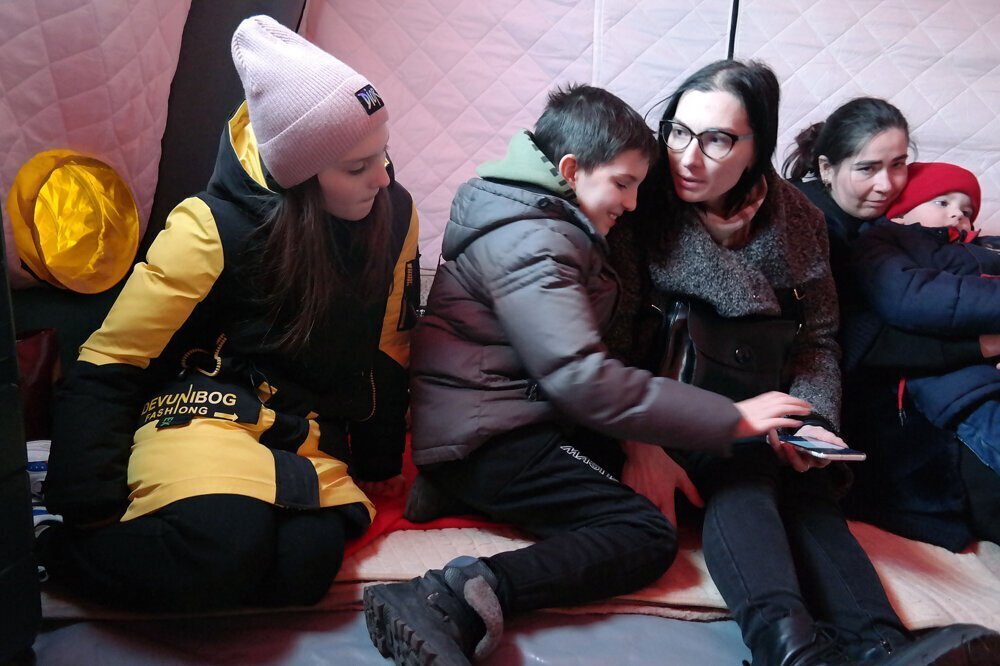 Oksana and Tatiana with their children. (Source: Dana Freyerová for SME)

The two women are now waiting for a sister-in-law from Poland to come and take them; they sit in a heated tent near the Vyšné Nemecké border crossing which has been turned into an improvised refugee camp.

Another woman in the tent, Anna, arrived after a four-day journey, accompanied by her three-year-old daughter and mother-in-law. They come from Dnipro, a city 1,200 kilometres from the Slovak border. They are also waiting for their family to take them to the Czech Republic.

The largest refugee crisis in Europe

About 660,000 people have fled Ukraine during the first six days of the war, according to the UN High Commissioner for Refugees (UNHCR). If this tempo continues, we may witness the largest refugee crisis in Europe in this century, the agency added.

The majority of refugees have crossed into Poland. As for Slovakia, nearly 54,000 refugees crossed the border with Ukraine as of the morning of March 1. While during the first two days of the Russian invasion, there were 7,500 people in total fleeing Ukraine, the number rose to nearly 16,000 on February 27, and there were 12,000 refugees a day later.