Slovak PM did not join Czech, Polish and Slovenian counterparts on visit to Ukraine

Security units did not recommend that the PM travel to Ukraine. 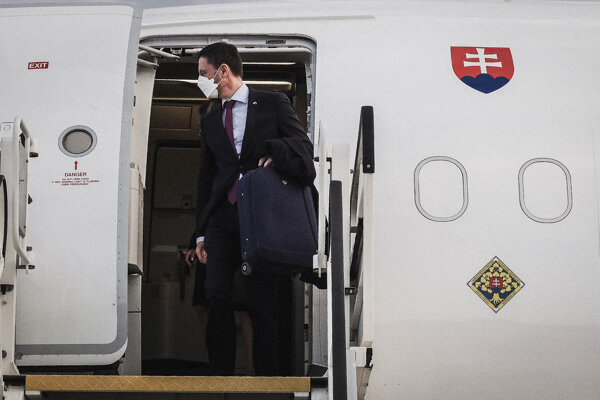 A report on three PMs from Central Europe meeting Ukrainian President Volodymyr Zelensky on the morning of March 16 topped the headlines of many world dailies.

Slovak PM Eduard Heger did not join the visit of his counterparts to Kyiv with Czech PM Petr Fiala, Polish PM Mateusz Morawiecki and deputy PM Jaroslaw Kaczynski and Slovenian PM Janez Janša despite the fact that he was already home from his visit to the Vatican. 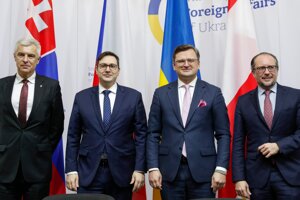 The Denník N daily reported that he received an invitation from Morawiecki but Heger decided not to join the three EU PMs who reached Kyiv by train.

“The PM consulted with security units regarding this journey and they literally did not recommend it,” the press department of PM Heger replied to Denník N.

PMs to Ukraine: You are not alone

World leaders regularly communicate with President Zelensky but mostly via calls or videocalls. PM Eduard Heger as well as President Zuzana Čaputová have shared about such calls several times since the war in Ukraine started.

However, this visit was the first official foreign visit in Kyiv since Russia invaded Ukraine.

Slovenian PM Janez Janša said during the press conference that they arrived to Kyiv to support Ukraine in their fight because they are not defending only the territory of Ukraine but the whole of Europe and fundamental European values.

“Probably the main goal of our visit or main message of our mission is to say: You are not alone. Our countries stand with you. Europe stands with your country,” said Czech PM Petr Fiala.