We also have a lot of Bratislava news to share with you in this week's Spectacular Slovakia Roundup, including Slovak Film Week. 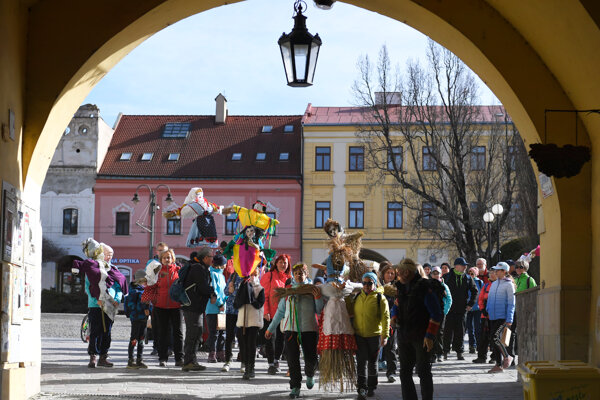 Prešov locals are walking with Morenas in their hands to welcome spring on March 27, 2022. Burning a Morena - a Slavic goddess of winter and death - and throwing her into water is an old tradition that has been preserved to date in Slovakia. (Source: TASR)
Font size:A-|A+  Comments disabled

While Slovakia’s Foreign Ministry has kicked out a number of Russian diplomats out of the country, Bratislava has shown support for Ukraine in another way.

Last week’s Radio_Head Awards also touched on the war in Ukraine. A Slovak band decided to perform a Sonic Youth song, “Youth Against Fascism”. In fact, the world has seen several moving videos from Ukraine that show how culture matters even in a war time. Most recently, the 2016 Eurovision winner from Ukraine, Jamala, has performed her “1944” song – relevant more than ever before – in Birmingham.

However, we would like to share with you a video, and there will surely be more coming out soon, that proves Ukrainian culture keeps on living despite the war. The Culturno platform has published a short video as part of the ART.WAR series on YouTube. It shows Shakespeare’s “Hamlet” being performed in a bunker in western Ukraine.

Now, let’s travel across Slovakia, starting by the water. 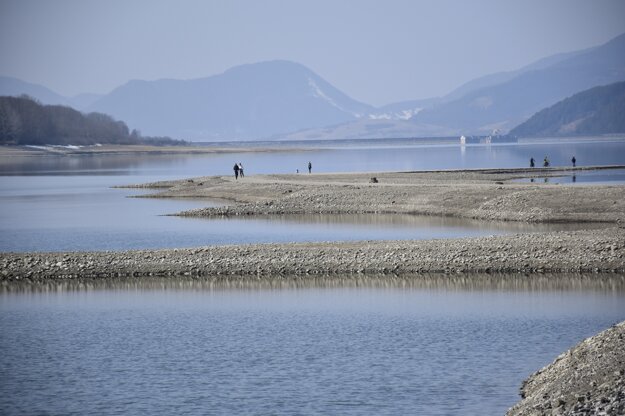 The Liptovská Mara dam has attracted hundreds of people these days. The water level is lowered due to the expected melting of snow in the mountains. People can thus walk on the remains of a former road connecting flooded villages. (Source: TASR)

An area in Poloniny National Park, where communist politicians and senior officials often came for a hunt, will be open to hikers in the summer for the first time.

This will be possible thanks to the adopted reform of national parks. Poloniny National Park will manage the hunting area, which is hoped to become a popular tourist destination.

“The locality can be found in a very attractive valley of the Zbojský Brook stretching from Nová Sedlica to the Jarabá Skala peak,” Poloniny National Park Director Miroslav Buraľ said, as quoted by the TASR newswire.

The “Grófske Chyžky” hunting lodge above the town of Nová Sedlica, the easternmost Slovak municipality, Na Mlákach Pond and Medová Baba Meadow make up the “ministerial” hunting area. To keep it a secret place for hunting in the past, politicians even diverted the nearby tourist trail from the area. 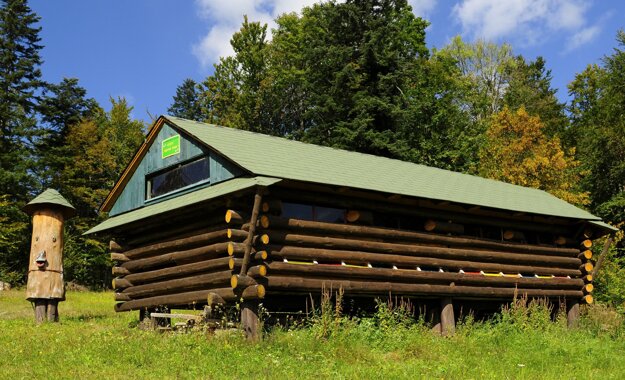 An apiary at the Medová Baba Meadow in Poloniny National Park on September 25, 2010. (Source: TASR)

Today, the “ministerial” hunting lodge stands where the first hunting lodge was built in 1908 by Countess Leopoldina Szerenyova of Moravia. A “Skazka” table, which has been part of the lodge for 70 years, may be the most interesting furniture piece in the whole building.

“A fairy-tale story of a bear is carved all around it,” Buraľ said.

Looking back at Radio_Head Awards 2021 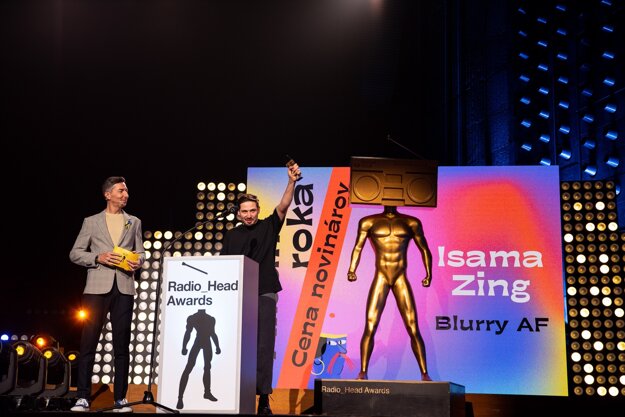 Chiki Liki Tu-a’s EP “Venované Pamiatke Budúcim Zosnulým” (Dedicated to the Memory of the Future Deceased) was voted the Album of the Year. Tamara Kramar took home the Slovak Breakthrough Act award. The duo Vec Švidraň grabbed the Debut of the Year award for their album “Hudba k Láske” (Music for Love). The Song of the Year was recorded by Lash & Grey. It is called “After War”.

Several awards were given out by experts in the categories of different music genres, too. In this case, the winners were announced last Friday night. Isama Zing’s album “Blurry AF” was awarded Album of the Year as voted by journalists. See the full list of winners.

During the two nights, artists celebrated the legacy of the late acting legend Milan Lasica and the late music icon Miroslav Žbirka in two special performances. Žbirka won an award in memoriam for his contribution to Slovak music.

Saténové Ruky, a Slovak band, performed their rendition of Sonic Youth’s “Youth Against Fascism”, sending out a strong anti-war message to Russia.

Squares in Washington, Vilnius, Prague and Kyiv, which are all located in the vicinity of Russian embassies in the capitals, bear the name of Boris Nemtsov. The Russian opposition politician and Putin’s critic was assassinated in February 2015 outside the Kremlin.

Bratislava’s Old Town is joining the initiative this year.

Its councillors approved the renaming of a part of Godrova Street, a home to the Russian embassy, to Boris Nemtsov Street earlier in the week. The Bratislava City Council gave a nod to the change on March 31. 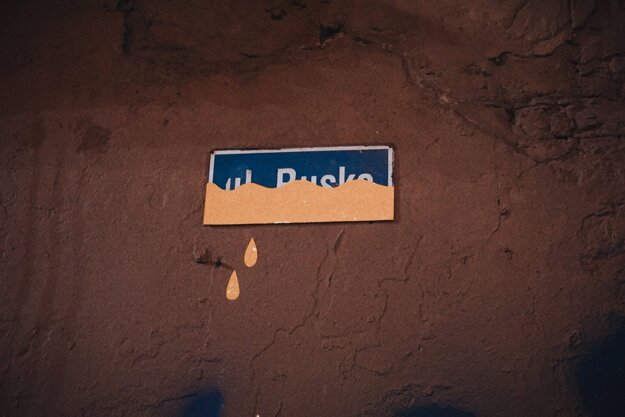 What the city council did not have to approve is the naming of a part of the path outside the embassy to Boris Nemtsov Path. The Old Town had intended to rename the whole Godrova Street, but residents refused the proposal. They consider Michal Godra, a Slovak poet who lived in the 19th century, to be an important Slovak figure.

In early March, former politician Vladimír Sloboda put a sticker over the Godrova Street sign, which said “Russian warship, go f… yourself”, Pluska.sk wrote. The widely shared statement was made by a Ukrainian soldier at the start of Russia’s 2022 invasion of Ukraine. The sticker was soon removed.

Several similar signs appeared in the Czech capital around the same time. 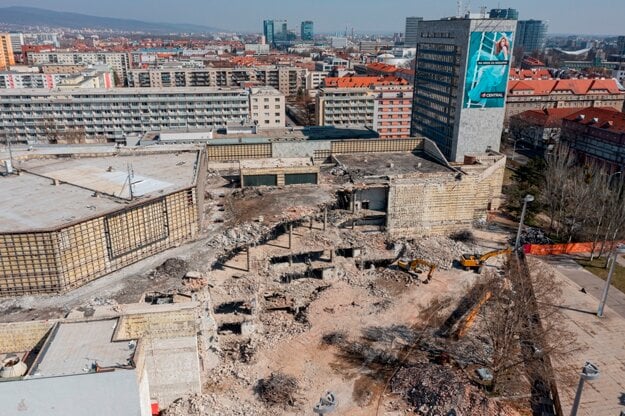 The demolition work of Bratislava's Istropolis, a 1981 culture and congress centre, continued on March 28, 2022. (Source: TASR)

Empty but with a waving Ukrainian flag: Hotel Kyjev

“The Kyjev is dead,” architect Ivan Matušík said about the Bratislava hotel as he looked at it during the making of a documentary 47 years after its opening.

Today’s condition of Hotel Kyjev was disappointing for the architect. He designed it in the sixties. The hotel is closed, and is only awaiting renovation following the long years of failed promises.

During the Czechoslovak Socialist Republic, the 15-storey building on Kamenné Square was described as a hotel with “world-class parameters.” 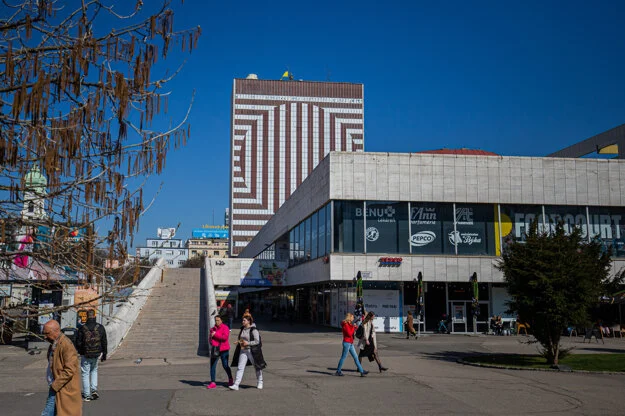 If the hotel’s former capacity were in use today, it could be a significant help for people coming from Ukraine. For now, only the Ukrainian flag is waving atop the building.

That is it. I will be back in a week. Have a great weekend! - Peter