Voters who had a problem with the far right leader had already left the party, observers agree. 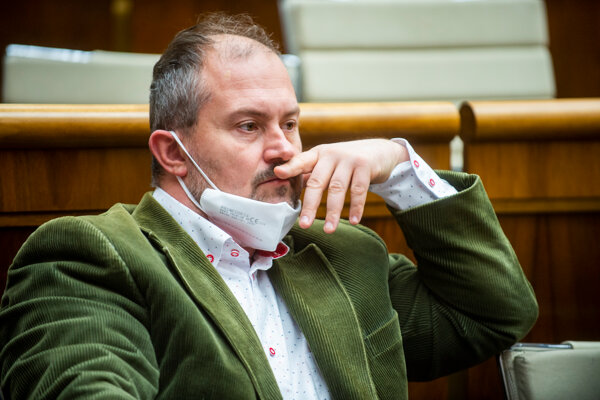 When MPs convene for their next parliamentary session at the end of this month, Marian Kotleba will not be sitting in the house with them.

The Supreme Court found the leader of the far right for many years, the People’s Party Our Slovakia (ĽSNS) chairman Marian Kotleba, guilty of expressing sympathies towards a movement suppressing fundamental rights and freedoms. Under Slovak laws, an MP loses their mandate when found guilty of an intentional crime. This is now the case of Kotleba.

“Under the burden of proof, it would have been a surprise if the Supreme Court had released him,” said Tomáš Nociar, expert on extremism.

With a suspended sentence, Kotleba is unlikely to end up going to prison, yet he might fail to meet the deadline to run in the next parliamentary election in 2024. Moreover, the General Prosecutor’s Office might try to dissolve the party again. The latest attempt to do so, in 2019, was unsuccessful.

Marian Kotleba took a number of steps earlier to ensure his position as ĽSNS chair in the event he would receive a prison sentence. In the end, the court let him walk free with a sentence of six months in prison, suspended to 18 months.