Ukrainians are fighting for us in more ways than we realise

Our neighbours continued to suffer while we enjoyed the Easter holiday. What has Slovakia learned? 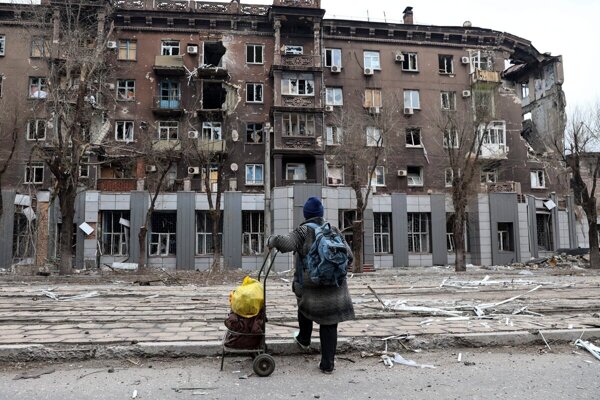 First, we have learned that lazy assumptions abound.

Take ‘Banderite’, a curse so deeply ingrained in the post-communist subconscious that merely to utter it is to condemn one's target without the need for further justification.

Štefan Harabin, a former chairman of Slovakia’s Supreme Court and 2019 presidential candidate, referred contemptuously to ‘Banderites’ in an apologia for the Russian invasion published by Russian propaganda outlet Sputnik on February 28, four days after it began (the site has since been taken down for spreading disinformation). He was alluding to the Ukrainian government.

The word, a reference to the Ukrainian far-right nationalist and wartime Nazi-collaborator Stepan Bandera, means nothing to most English-speakers. But when Putin launched his war against Ukraine on the pretext of “denazification”, this was a dog whistle heard by everyone in Russia and the wider post-Soviet space.