Join in a virtual tour across Slovakia, learning more about events and good news from Slovak regions. 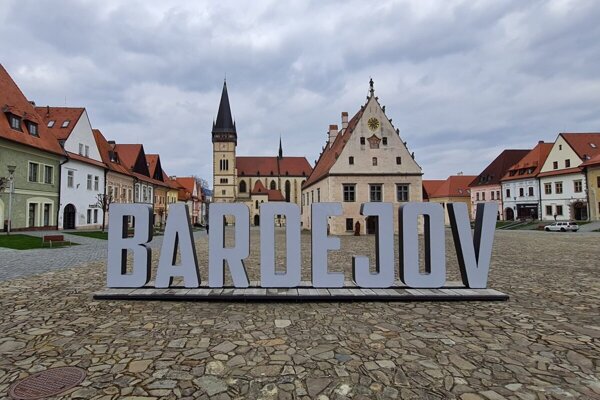 Bardejov, eastern Slovakia, is another town to have a giant sign placed in its town centre. (Source: Facebook - Bardejov)
Font size:A-|A+  Comments disabled

In this week’s Spectacular Slovakia roundup, The Slovak Spectator is going to take you on a quick tour around Slovakia, briefing you on travel and culture news and recommending events to you. 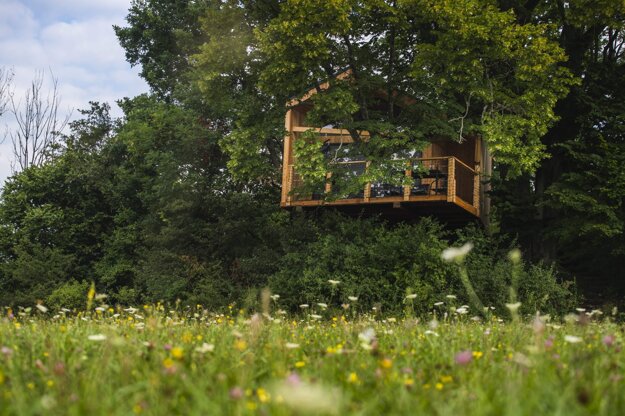 Treehouses have mushroomed around Slovakia in recent years.

Besides fulfilling a childhood dream – who has not dreamt about having a house in the treetops? – a stay high above ground allows holidaymakers to discover a locality which one would probably avoid if a treehouse was not built there.

“First of all, it is about the experience, feeling what it is like to spend time and nights in a treehouse that moves in the wind and so be in connection with the surroundings and nature,” Peter Valentšík, owner of Oaktreehouse in Modra, said.

There are about 20 such treehouses in Slovakia but more are under construction.

Event: This year’s Weekend of Open Parks and Gardens focuses on how the climate crisis changes the way people should look at parks. The event runs throughout the weekend. 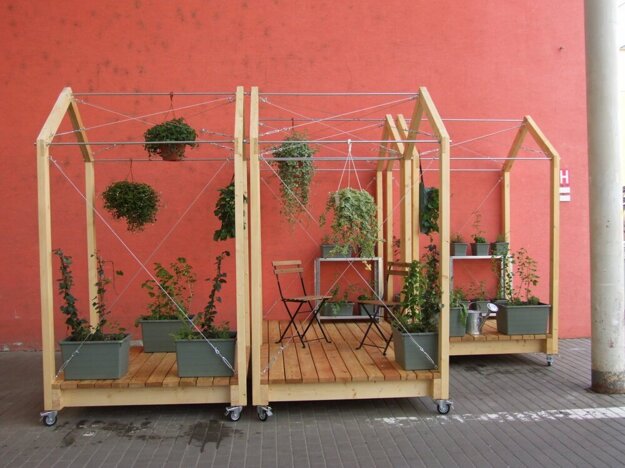 There is an unconventional public greenhouse on wheels at the Nitra marketplace.

Plants, ivy, currants, as well as strawberries, are planted in pots. They will prosper only if local people take care of them. People can also relax there, the My Nitra website wrote.

The greenhouse is in fact an artistic ecological installation created by councillor Erik Král and university lecturer Miroslav Čibik of the Slovak University of Agriculture.

“The public greenhouse is a symbol of what is happening to our planet,” they said.

Event: A botanical garden in Nitra will host the festival of honey and regional products on June 4-5. Visitors can also look forward to workshops and lectures about flowers, herbs and honeybees. 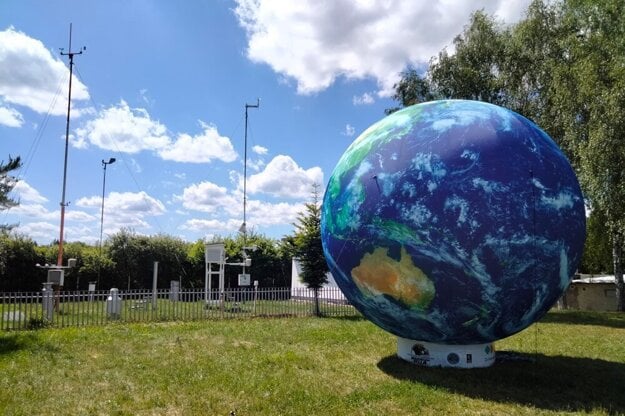 After a six-metre-backlit model of the Moon, which enchanted people last year, Maximilián Hell’s Planetarium in Žiar nad Hronom boasts a model of the Earth.

The Earth’s inflatable model called Terralón is also backlit and five metres high. The investment in Lunalón and Terralón exceeded a total of €7,600, the My Žiar website wrote.

“The Earth model will expand the offer of the planetarium,” said Tomáš Dobrovodský, director of the planetarium. Lectures focused on the Earth in space and on the topics of the fight against climate change and environmental protection will be held at the institution.

Events: Festival kumštu remesla a zábavy, which will celebrate crafts and during which children’s events will be held, will take place on June 4 in Banská Štiavnica. Visitors can also visit the Old Castle. In the nearby town of Zvolen, the popular Zámocké hry zvolenské event, a theatrical festival at Zvolen Castle, runs until June 12. 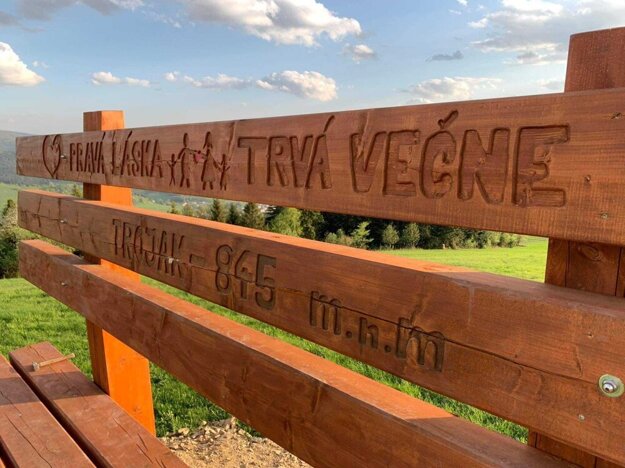 Recently, a bench was installed on the top of the hill Kykuľa - Trojak in Skalité.

Thanks to its size of 5.3 m x 3 m, it is the largest bench in Slovakia, offering wonderful views at an altitude of 845 metres above sea level.

The bench, which is part of the planned Trail of Love and Friendship, has been officially recognised as the largest bench in the country in the Book of Slovak Records.

Events: A day full of fun activities for children will take place on June 4 in the Demänová resort, Liptov region, where they can meet well-known fairytale characters such Olaf and Mickey. For adults, a guided walking tour in Liptovský Mikuláš will be held on the 4th. 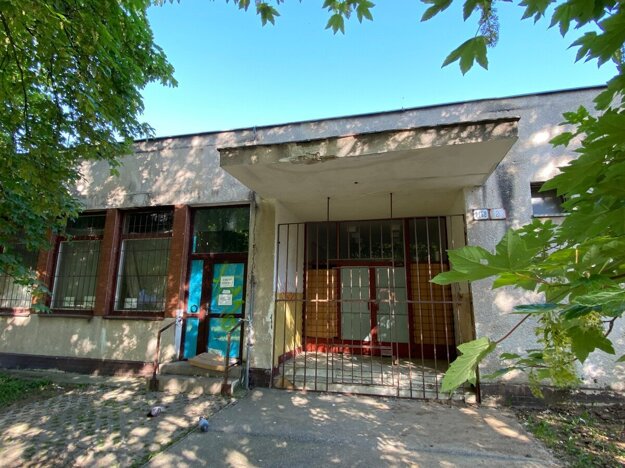 The cultural centre Dlhé Hony in Trenčín. (Source: My Trenčín)

In the end, the Dlhé Hony cultural centre in Trenčín will not be demolished. The city of Trenčín will revitalise it as a cultural and creative hub.

Reconstruction work should start next year, the My Trenčín website wrote.

The oldest, more than 50-year-old cultural centre in the city, has been closed for more than two years. As a result, 20 different clubs and groups have had to run its activities in other premises.

Event: During the Second World War, many Trenčín residents were unjustly persecuted solely on the basis of their race. They were gradually deprived of property and rights and deported to concentration camps. A Saturday walking tour will be about some of these people. 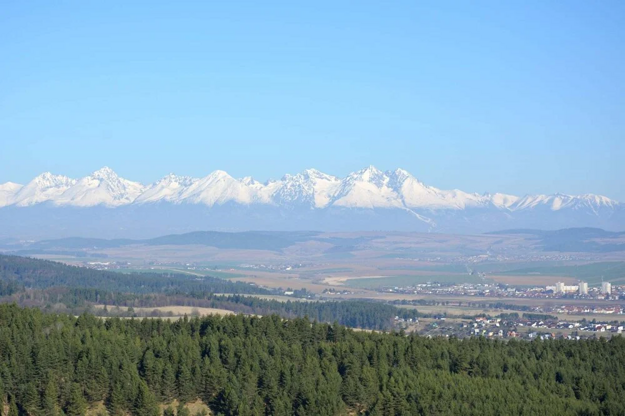 A 24-metre lookout tower was opened to tourists in Spišská Nová Ves over the last weekend of May. It offers views of the High Tatras, towns and the surrounding scenery.

The lookout is an adjusted former telecommunication tower.

Šulerloch, where the tower stands, is located in the southern part of the city.

Event: Every Slovak heard of the notorious Košice neighbourhood Luník IX, which has become home to thousands of Roma people. Pope Francis visited it, and so can tourists and locals this weekend thanks to guided walking tours. 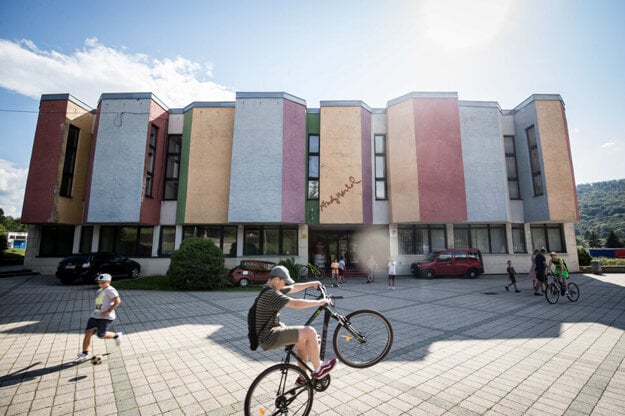 The Andy Warhol Museum of Modern Art in eastern Slovakia, the world’s first art museum of its kind, opened in 1991, before the museum that carries his name in Pittsburgh.

Thirty years later, the Warhol museum in Medzilaborce is in need of proper renovation, but the project is still on paper. Initially, a new museum with an outdoor cinema, rooftop relaxation zone and interactive exhibition should have been finished this year. The rising prices of construction materials have postponed the renovation project.

In 2018, the government approved €7.1 million for the reconstruction, with the new costs currently set at €10.2 million and still rising.

Event: From June 6 to 11, the city of Prešov will celebrate its history and people. Concerts, street artists, children’s events, food, carousels, and theatrical performances at the Prešov Montmartre are prepared for tourists and locals.

Piešťany one of the best hot springs in Europe 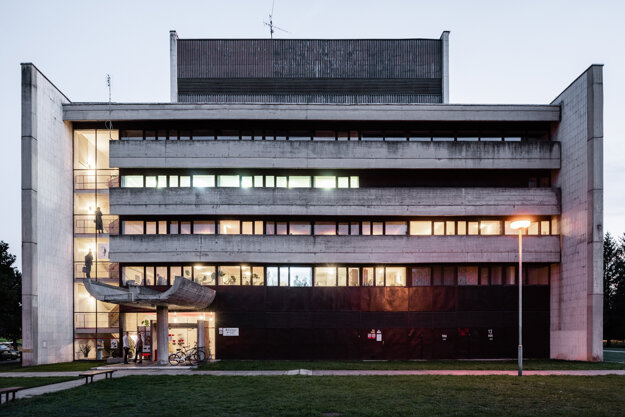 The Lonely Planet website for travellers made a rundown of some of Europe’s best hot springs. The list of the 20 most stunning locations includes hot springs in Slovakia.

The popular spa town Piešťany ended up on the Lonely Planet ranking.

“It’s all about the mud at Piešťany, Slovakia’s largest spa town,” the Lonely Planet description reads.

The summer spa season started in the town earlier in the week. Get ready for concerts, several walking tours, and other events this weekend.

Event: Piešťany’s Dom umenia (House of Arts) has become a national cultural monument. To celebrate the success, guided walking tours around the house will be held from June to October. The first one takes place on June 4, the next tour is planned for the 18th. 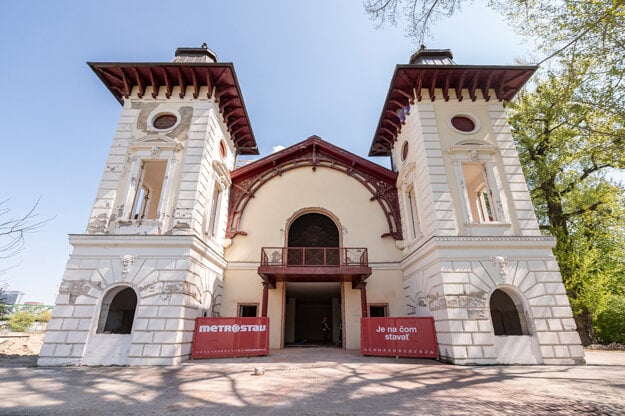 Theatre Aréna is one of the oldest playhouses in Bratislava. (Source: Bratislava Region)

The appearance of Theatre Aréna in Bratislava should return to the pre-1939 period next year.

The Bratislava Region decided to have the national cultural monument standing on the Petržalka side of the River Danube completely reconstructed for €7 million.

“Our aim is not only to reconstruct the extraordinary building but also to establish one of the most advanced theatres in Slovakia,” said Bratislava Region Head Juraj Droba. The theatre should reopen in late 2023.

Events: Get on a train and head to Pezinok to drink the best Pezinok wines or go to a flea market in Bratislava’s Ružinov.