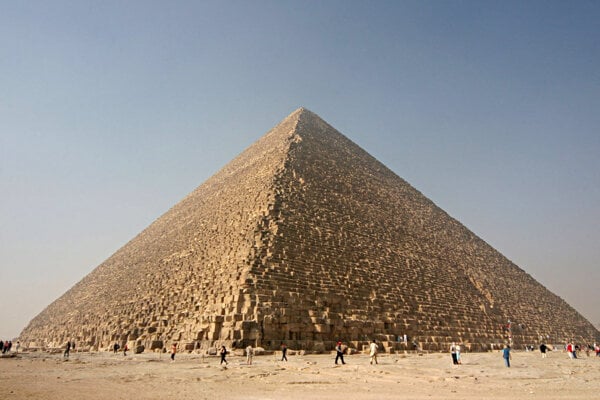 Five years ago, news that a secret room had been discovered deep with the Great Pyramid of Giza, in Egypt, gripped people’s imagination. The find was the first such discovery of a major new space inside the pyramid since the 19th century.

What could the 30-metre-long cavity contain? Could it lead to yet more chambers? Were hidden treasures or forgotten burial chambers waiting to be found there? Or was its function related to how the Pyramids were built? The question has yet to be resolved.

That is why a new, improved version of the project that revealed the void is in development, and research by a team of Slovak, Czech and German scientists led by geophysicist Roman Pašteka from Comenius University could be of help.

The scientists have spent years studying methods for detecting underground voids and cavities. According to their simulations, a method called gravimetry could be used to find cavities not just in the Great Pyramid itself, but in others as well.

Their research was published in the Journal of Archaeological Science: Reports in June this year. 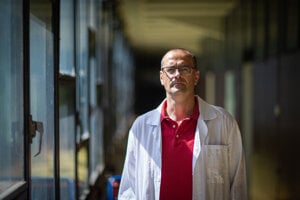 Built for the Pharaoh Khufu in the 26th century BC, the Great Pyramid of Giza is the largest Egyptian pyramid. Currently rising to almost 139 metres, it was built from limestone and granite blocks over the course of about 27 years.

The pyramid contains several large rooms, including the King's chamber, the smaller Queen's chamber, and a passageway known as the Grand Gallery.

In 2017, a new cavity dubbed the “secret chamber” was discovered using a method called muon radiography.

"This is based on measurements of concentrations of particles called muons that pass through the pyramid," explains Pašteka, the team leader. Using this method, a three-dimensional scan of the pyramid can be generated.

To stay up to date with what scientists in Slovakia or Slovak scientists around the world are doing, subscribe to the Slovak Science newsletter, which will be sent to readers free of charge four times a year.