Patrick Linhart is the second Sme Rodina MP to be charged. 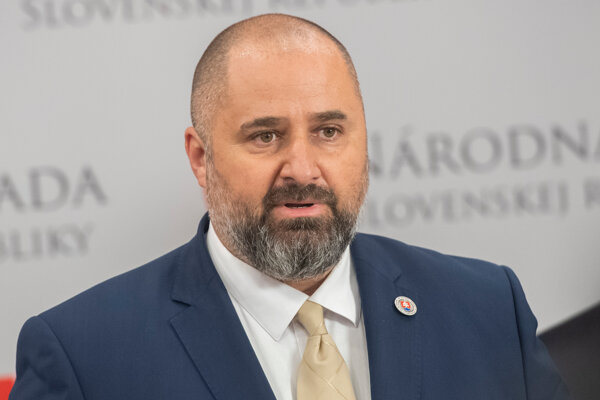 The police have charged coalition MP Patrick Linhart of the Sme Rodina party for his incident with a police officer from two years ago.

This is the second Sme Rodina MP to face charges. A police investigator brought a charge of corruption against Martin Borguľa in April of this year.

Linhart was charged last week, TV Markíza has reported. He is to be prosecuted for lying under oath and defamation.

The Sme Rodina MP, however, claims that he does not know anything about the charges and considers the fact that he learnt about them from the media to be absurd.

“I will be considering legal action for defamation,” he added, the TASR news agency wrote.

In the post, Linhart accused a police officer from Nové Zámky, Nitra Region, of attacking him. The alleged attack was reportedly preceded by a dispute over a face mask. Linhart is alleged to have told the police officer to put the mask on.

After the alleged attack, Linhart filed a criminal report with the police.

However, the police inspectorate did not consider the reported incident to be a crime. The police officer only faced a disciplinary action.

The police officer subsequently filed a criminal report against the MP with the police, accusing Linhart of lying.

Linhart is not the only one

Sme Rodina chair and Speaker of Parliament, Boris Kollár, said on August 15 that Linhart’s charges were none of his business.

Like Linhart, he stressed that it is not okay if the media know about charges earlier than a charged person.

“Everyone will probably be charged soon,” the party leader uttered, admitting that the charges some politicians face today do not present Slovak politics in a good light.

Several lawmakers are indeed facing charges, Smer MP and former prime minister Robert Fico being the most prominent one. Organised crime charges were brought against him in April.

Recently, it has surfaced that MP Štefan Kuffa (Život) and his son Filip, also an MP, is facing charges for an alleged attack on a farmer.