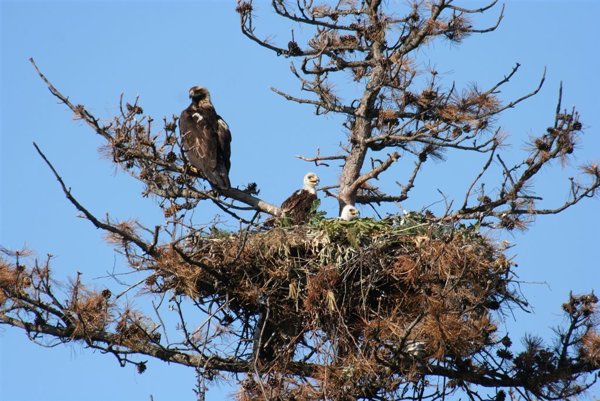 An eagle that became famous as part of a conservation project in the Tatras has been found alive and well after disappearing for months.

He reported Anička, estimated to be 14 years old, was in excellent condition and during this nesting season, together with her partner, had again raised a healthy young eagle.

In the spotlight since 2013

Vrlík and his colleagues had been watching the eagle, originally known as Arnold, using a special solar tracking device since the summer of 2013.

The device had allowed them to map its migration route from the northern-Slovak region of Liptov to Africa and back in detail.

A web camera that TANAP officers had installed in her nest also gave the public a unique online look at her life.

Looking for the eagle

The project ended in 2016 when the device fell off on her return from Africa to the nesting ground, but conservationists had been able to identify her by a unique numerical code on a colored ring on her leg.

Earlier this year, however, she disappeared.

"Since spring, we have been looking for Anička at her long-term nesting site, and finally it turned out that she had moved about two and a half kilometers away and built a new nest," Vrlík explained.

He said Anička was with her partner, and a young bird was also living in close proximity.

He added that after a few hours of observation other lesser spotted eagles arrived, before eventually taking to the sky and heading towards sub-Saharan Africa.

Anička and her family are expected to also migrate soon.