Four is better than three

Now minus one coalition party, Heger discovers that ruling the country without a parliamentary majority will take work. 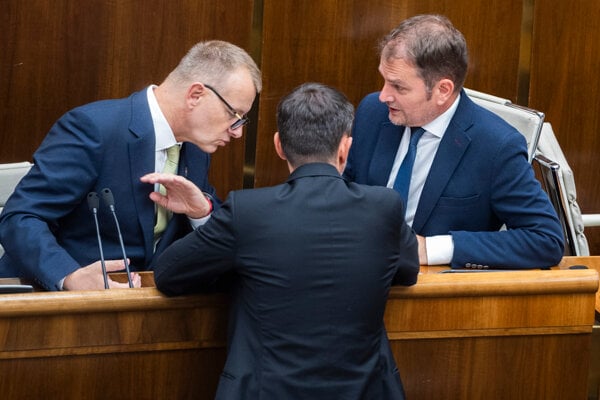 Welcome to your weekly commentary and overview of news from Slovakia. Parliament is stalled, at least temporarily. Three new ministers are in place. Scepticism about Ukrainian refugees is rising. Fico’s referendum will take place.

After a two-month-long summer break the government and MPs have amassed an unusually large pile of draft laws that need to be discussed and approved. There are some pretty urgent items on parliament’s agenda as well – most notably the ratification of two new NATO members. But instead of running through readings and votes, parliament has taken another four days off from voting.

As per expectations, last week’s failed attempts to open the September parliamentary session brought home to Prime Minister Eduard Heger what it can mean to operate a minority government in a parliamentary democracy: you occasionally need MPs to vote for you. Every parliamentary session requires 76 MPs (half of the plenum of 150 plus one) to approve its programme, in order to indicate that parliament has a quorum ahead of the session.