The summit of Kriváň is a demanding, but rewarding, destination. 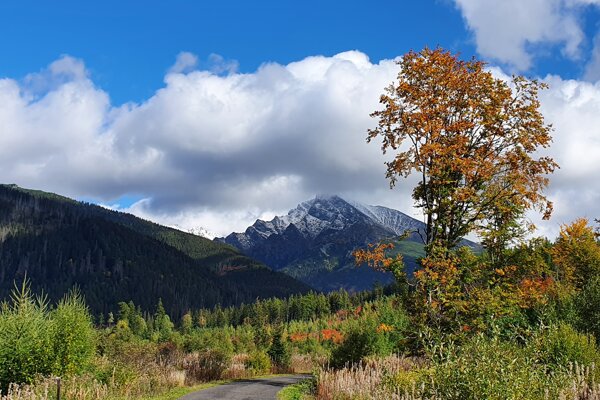 When a friend of mine approached me with the idea of climbing the 2,495-metre Kriváň peak in the High Tatras, I nodded in agreement: Why not? While there are some other Tatras peaks higher on my hiking wish list, it is said that each Slovak should climb this symbol of the Slovak nation – its crooked profile was chosen for the smaller Slovak euro coins – at least once during his or her lifetime. My only condition was that we would climb it outside the summer tourist season, to avoid the crowds.

We settled on a late September working day, hoping for some of the mild weather that often comes with a Slovak ‘babie leto’ (Indian summer). While this did not come to pass – there was consistent snow cover from 2,000 metres above sea level and Kriváň’s summit was in cloud, precluding any scenic vistas – it was a remarkable hike in the gorgeous natural surroundings of the High Tatras. Along with testing my hiking abilities as well as my hiking equipment, it set a new benchmark for me – never before had I ascended more than 1,300 metres in one day.

The hike up Kriváň is rather challenging as there is no hut or cottage on the way at which hikers can sleep or get refreshments. This makes the hike demanding in terms of kilometres hiked as well as the total ascent.