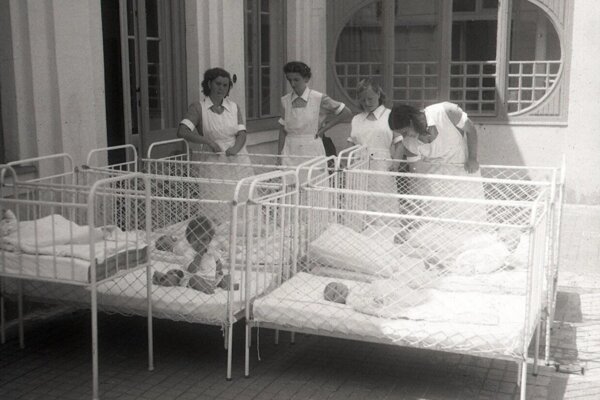 As early as 1951 the press reported on the opening of a 24/7 nursery in a confiscated house of a former factory owner.

"The crèche in Lučenec is one of the most beautiful and most occupied in the region. Children are cared for by two trained nurses and two auxiliary nurses. The crèche is open at all times, even on Sundays and at night."

At the beginning of the 1950s, when the communist regime needed everyone to help build it, including women who had recently given birth, the social experiment of 24/7 daycare centres was just getting started.

Ten years later and despite mounting evidence of their harmfulness, weekly crèches were at the peak of their popularity in socialist Czechoslovakia. Experts pointed out that the separation of children from their families at an early age could cause serious emotional and social problems, and that merely collective education is not enough for a child's soul.

However, taking a baby to daycare on Monday morning and picking it up on Friday evening was the reality of thousands of families.

We need to build a republic, not play with children