ŽIGMUND Pálffy, one of the most exciting hockey players ever to wear a Slovak jersey, announced his retirement from the sport on January 17, citing a shoulder injury that has hurt his performance. 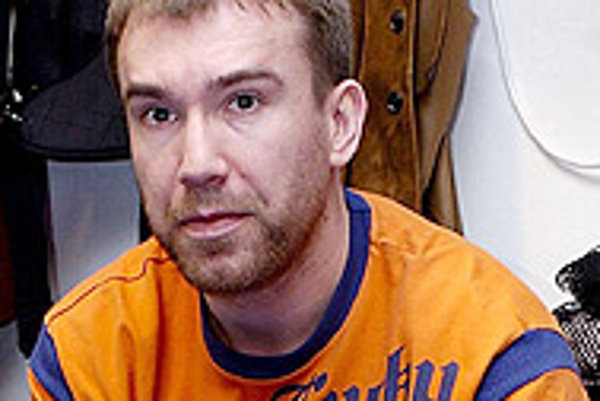 Font size:A-|A+  Comments disabled
ŽIGMUND Pálffy, one of the most exciting hockey players ever to wear a Slovak jersey, announced his retirement from the sport on January 17, citing a shoulder injury that has hurt his performance.

Pálffy, 33, a first-line forward with the cellar-dwelling Pittsburgh Penguins of the National Hockey League, met with Pittsburgh GM Craig Patrick to inform him of his decision.

"He tried to be flexible and he offered me a trade, but I told him that since I wasn't 100 percent healthy, I didn't see any other option," Pálffy said for the SME daily paper.

Pálffy had 42 points in 42 games for the Penguins, but hadn't scored since December 16.

"I was surprised," Patrick said to the Pittsburgh Post-Gazette. "He came in, he closed the door... It became pretty apparent once he started [talking] that he was heading down that path."

"This decision wasn't made from one day to another, but had been coming for some time," the hockey star said.

Pálffy, known as "Ziggy" by his fans, has twice had surgery on the right shoulder he injured while playing with the Los Angeles Kings, and had been told by a doctor to avoid a third operation.

Pittsburg line-mate Sidney Crosby, the teen star who leads the Penguins in scoring, said Pálffy had been troubled by shoulder and back problems, especially after a recent hit by Nashville's Darcy Hordichuk.

However, the Penguins management said they had noticed no problems when Pálffy passed a physical at the time he signed a $13.5-million (€11.1 million), three-year contract last summer.

Overall, in 684 NHL games, Pálffy scored 713 points for a points-to-games ratio that no Slovak NHLer has ever matched.

But for Slovak hockey fans, it was as a member of the national team that Pálffy played some of his most memorable hockey.

He first came to national attention playing for Slovakia in the 1994 Winter Olympics in Lillehammer, Norway, with his exceptional speed and puck-handling skills. His 10 points led all scorers in that tournament.

He was selected to play for Slovakia in the 1998 Olympics in Nagano, Japan, but never took to the ice as Slovakia was eliminated in the qualifying round. His participation in the 2002 Olympics was also limited to one game after his NHL team refused to let him play.

But Pálffy was magnificent in Slovakia's gold medal win at the 2002 World Hockey Championships in Sweden, scoring 15 points in 9 games, including a shootout goal to help Slovakia defeat Sweden in the semi-finals to play Russia for the gold.

He began his career in 1990-91 with Nitra of the old Czechoslovak league, scoring 34 goals as a 19-year-old, and then 41 goals the following season to lead the league and take his new team, Dukla Trenčín, to the title.

"I'm lucky that I don't have the added stress of not having enough money to live on," said Pálffy of his retirement decision. "But it was a difficult decision. Hockey is my life."

Is Slovakia’s reputation a reflection of our own individual behaviour?

Just like in every other country, an average Slovak citizen does not have the means or power to change the dysfunctionality of the system.