THE AUPARK shopping centre, located on the Petržalka bank of the Danube River in Bratislava, is one of the most-visited of such centres in the Slovak capital. Because of the popularity of centre, developer HB Reavis has decided to extend it. 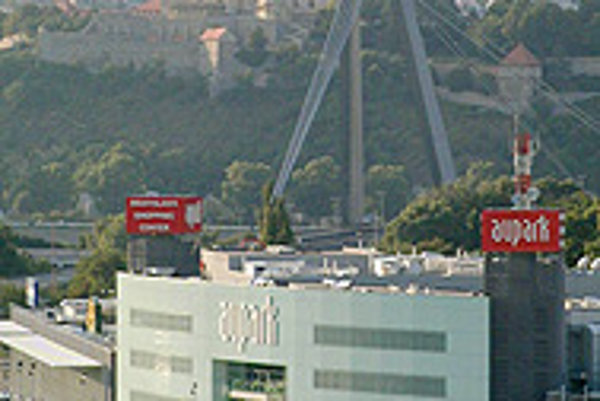 Font size:A-|A+  Comments disabled
THE AUPARK shopping centre, located on the Petržalka bank of the Danube River in Bratislava, is one of the most-visited of such centres in the Slovak capital. Because of the popularity of centre, developer HB Reavis has decided to extend it.

HB Reavis announced it had begun the second phase of the Aupark project after a long period of preparation. The main Aupark project originated at the end of the 1990s.

"Its exceptional success, increasing numbers of visitors and demand from retailers confirmed our previous intention to extend the retail area, which will offer about 14,400 square metres of extra leasable space," reads a press release from the developer.

Construction on the extension began on January 9. The total leasable area of Aupark after the completion of the addition will be more than 58,000 square metres.

The Aupark extension will create premises suitable for internationally known retailers looking for larger floor space than Bratislava has so far been able to offer. More than 30 retail shops and services should be housed in the new wing.

Part of the project, Aupark Tower, will also provide first class office premises with a total leasable area of 29,130 square metres. A wide variety of services and free parking for visitors will be additional advantages.

"This is not a speculative development, it is a targeted strategy to help Aupark retain its clientele and position," Štefan Duchoslav, managing director of Aupark, said at a press conference.

The completion of the extension is planned for 2007. The developer of the project is the HB Reavis Group and the general contractor is HB Reavis Management. The overall investment in the project is Sk2 billion (€50 million)

Aupark was opened in 2001 at its current size of 43,900 square metres, and now attracts about 27,000 visitors daily. It rents space to over 200 shops and is located on the Bratislava ring road in the suburb of Petržalka.