ASK anyone what comes to mind when they hear the name Don Juan and they'll probably pair him with Casanova. But the two legendary seducers shared dramatic differences, other than the fact that the former is fictional. 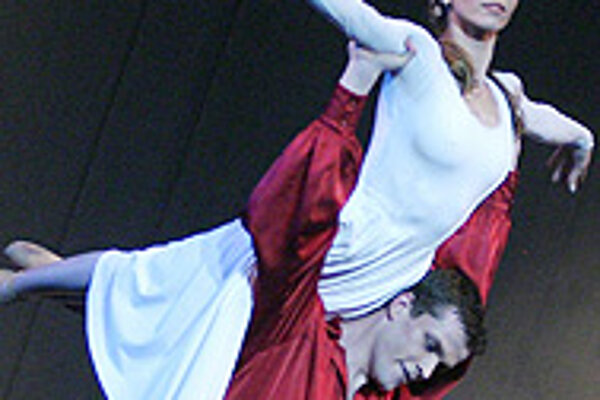 ASK anyone what comes to mind when they hear the name Don Juan and they'll probably pair him with Casanova. But the two legendary seducers shared dramatic differences, other than the fact that the former is fictional.

Casanova was a well-travelled adventurer who lived every day to the fullest. His indulgences, be it in gambling or romance, were astoundingly numerous, but surprisingly respectful, and commonly resulted in long-term friendships. Don Juan, on the other hand, who debuted in the play El Burlador de Sevilla by Tirso de Molina, is most often portrayed as the epitome of betrayal, who prides himself on disgracing the women he charms.

What led to Don Juan's cruelty, as well as his eventual undoing, is the subject of the new ballet that had its premiere at the Slovak National Theatre (SND) last weekend. The production is the cooperative effort of choreographer Igor Holováč, who also serves as ballet master at the SND Ballet, award-winning composer Mirko Krajči, and prominent librettist Nikita Slovák.

Instead of beginning when Don Juan is already the libertine we all know, as Mozart's opera Don Giovanni does, the story starts when he is just 13. The victim of a conservative and brutally abusive father, his anger and helplessness ferment as he matures, but are tempered by his mother, who imparts tenderness and sacrifice.

Once a young man, he runs away with Elvira, his new love, and his best friend, Sganarel, but changes forever after his father beats his mother to death. The loving side of him now dulled, he becomes abusive, deceitful, and blasphemous, inviting an early death. In the end, no one truly mourns his passing and his father just continues his sinful ways.

The orchestra, led by Mário Košík, set the mood with a blurry, yet foreboding sound that percolated with intensity and closely matched the drama. The scenery, designed by Pavol Andraško, also stood out for its sheer size (everyone looked small and powerless against it) and its lavishness.

Daniel Slabý (the father) was absolutely gripping, despite lacking a bit in speed and extension, and used Holováč's gymnastic choreography to chilling effect. This was especially true when coupled with Mária Kupcová (the mother), who freed her body and built the tension, making their scenes almost too disturbing to watch.

Some moments needed a clearer dramatic arc - the pas de deux between Don Juan and Elvira could have better illustrated the evolution of their love - and the second act was sometimes anticlimactic, but Don Juan's transformation was detailed and compelling.

Adrian Ducin (Don Juan) showed good lifts and grace and could've have really stolen the spotlight with more crispness and devotion to the beat. Klaudia Bittererová (Elvira) had excellent balance and control. Juraj Žilinčár (Sganarel) was nimble, with good turns, and delighted audiences once again with his considerable comedic talents.

Most striking, though, was the ballet's portrayal of a reviled womanizer as a tragic figure. A little compassion can make any story that much more effective.