An nyoung ha se yo

ESTABLISHING a company in a foreign country is not always easy. Foreign managers have to face not only different languages and a different legislative environment but the unfamiliar customs and habits of their workers as well. 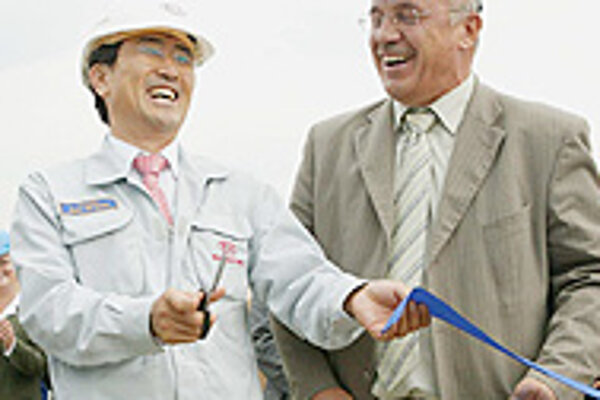 Font size:A-|A+  Comments disabled
ESTABLISHING a company in a foreign country is not always easy. Foreign managers have to face not only different languages and a different legislative environment but the unfamiliar customs and habits of their workers as well.

Cultural differences can cause various problems in working places. Is it rude behaviour or just different body language or habits? Thus, multinational companies are emphasising training for their managers so that they can be more prepared for the society in which they will be working and living for a certain time.

The French and Korean carmakers PSA Peugeot Citroen and Kia Motors, respectively, told The Slovak Spectator about their experiences with establishing new plants in Slovakia. The French company moved hundreds of kilometres eastwards to establish their first plant in central Europe, but at least the place is still on the same continent. The Korean company faces dramatic differences between Asia and Europe.

Both French and Korean managers received presentations and training about the environment and the society in Slovakia. In PSA, Slovak sociologists led some sessions. Kia organised meetings for its employees where they discussed cultural differences and had an opportunity to explain their own culture. The preparation also included courses in the Korean and Slovak languages, informal gatherings, and teambuilding exercises.

Dušan Dvořák, the spokesman of Kia Motors Slovakia, said that Koreans and Slovaks have things in common, such as hobbies, sports, tourism, nature, music, dance, and other activities. However, there are many different customs as well as different body languages and foods.

"In our company, two different nations with different cultures and customs have met. That is why various misunderstandings can happen, such as in forms of greetings," he said.

In Korea, a bow is as common a greeting as a handshake is in Slovakia. People generally bow not only towards those in managing positions but also in shops and restaurants. In contrast, people consider a bow as an expression of inferiority in Slovakia.

Dvořák explained: "Slovaks do not have to bow to Korean managers, no one is demanding it. A form of a greeting is standard, i.e., a handshake or a gentle nod, not a bow. The language of a greeting can be Slovak, English, or Korean. Koreans often greet Slovaks with 'dobrý deň,' and Slovaks often greet Koreans with 'an nyoung ha se yo.'"

To prevent any misunderstandings about greetings, the company issued an internal guideline defining the standard forms of greetings as either a handshake or a nod. "Of course, Korean employees greet each other by their common greeting," the Kia spokesman added.

Barbara Šípošová, human resources director of PSA Peugeot Citroen in Trnava said that in general there have been no cultural differences between Slovaks and French. According to her, Slovaks and French enrich each other with many things.

Primarily, knowledge of the French and Slovak languages for simplifying communication and better understanding the mentalities enriches those from both cultures. The French became great promoters of their gustatory customs, and Slovaks appreciate the culinary insights of their French colleagues.

For the French it is exceptional how Slovaks respect their family relationships and friendship. Many French like and often visit the Slovak Philharmonic and Opera. Many of them also collect the products of folk craftsmen, go skiing, or have holidays in Slovakia.

"French and Slovaks are close to each other in many things. The differences stem more from different styles of management and an approach to solving working tasks."

PSA Peugeot Citroen has adjusted some procedures commonly found in French factories to local conditions. The different labour law, ways of obtaining professional certificates and licences, and manner of cooperation with the unions influenced these changes.

Dvořák from Kia points out that each investor coming to a different country wants to implement in its plant the best of its experiences. However, should investors' standards negatively affect the working atmosphere, they must seek compromises.