AT THE FOOT of the High Tatras, in the centre of Starý Smokovec, used to stand a stylish mountain pub. Between 1886 and 1931, it served local citizens, wagoners and, as it name indicates, coachmen. 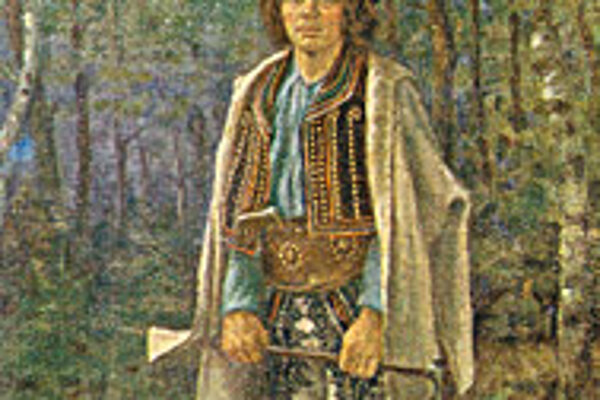 JURAJ Jánošík is without a doubt the most legendary Slovak hero. That's why it took the outlaw, who was executed in 1713 in Liptovský Mikuláš, only three years to become famous. Being Slovak and, moreover, poor, he quickly gained the sympathy of the ordinary folk occupying what was then the Hungarian Empire. His reputation became so exaggerated, he was even said to be like Robin Hood - taking from the rich and giving to the poor. Among Jánošík's positive traits is certainly the fact that, at least according to what evidence we know of, he robbed but never killed. Based on that same data, the legendary hero started his career as a guard in the Bytča prison, where he watched over the kind of people he later became. Over three centuries, this Slovak Robin Hood or Fan-Fan the Tulip has become a phenomenon and an integral part of Slovak culture and history. This postcard from 1920s shows quite an untraditional depiction of Jánošík by Czech painter Eda Kubíček. Prepared by Branislav Chovan