SLOVAK information technology (IT) companies agree that thanks largely to Slovakia's membership in the EU, the IT sector in Slovakia has made significant progress over the past four years. At the same time they emphasize that education reform and developing IT skills remain enormous challenges for the incoming government. 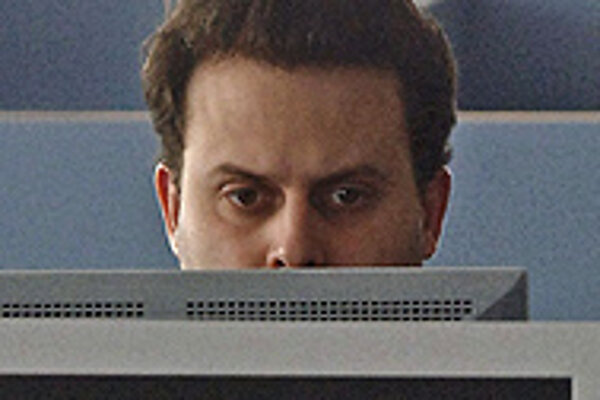 Font size:A-|A+
SLOVAK information technology (IT) companies agree that thanks largely to Slovakia's membership in the EU, the IT sector in Slovakia has made significant progress over the past four years. At the same time they emphasize that education reform and developing IT skills remain enormous challenges for the incoming government.

While IT is an important part of every country's economy, in Slovakia it is seen as the key to increasing overall economic competitivess and reducing the development gap with richer western economies.

Gabriel Fedorko, technical director of Microsoft Slovakia, called on the future Slovak cabinet to stress digital literacy at all levels of the country's education system.

"This is something that can really create an advantage for Slovakia. After the country passes through the stage of building the car industry in Slovakia, the next stage will be building a knowledge-based economy, which will require a much higher added value," Fedorko said.

Miroslav Littmann, trade director of Orga Trade, added that there was much work to be done towards the second aim. "The gap between Slovakia and the EU is narrowing in terms of the number of computer literates and Internet users, but it is still behind."

According to Václav Klein, managing director of Ness Slovakia, apart from the education system the new government should try to cut the state administration burden on business people and citizens. "This mainly concerns support for e-government services, communications, making electronic and hard copy documents equal, and others things," he said.

Jana Ohrablová, PR and marketing manager of Anasoft APR stressed the need for laws to simplify the use of electronic documents in the state administration.

Slovak IT sector after four years

EU membership allowed Slovak IT firms to operate within a space that was highly competitive and several times larger than the Slovak market, creating both challenges and new opportunities.

"On the one hand, competition in Slovakia is growing, and the number of foreign IT players in Slovakia is increasing, while on the other hand Slovak players now also have an opportunity to be active on foreign markets," Fedorko of Microsoft said.

During the last four years Slovak customers demanding IT services became more mature and they consider IT as not a goal but a tool for fulfilling their business intentions, Klein of Ness Slovakia remarked.

Ohrablová from Anasoft APR said that the growing interdependence between businesses and IT firms was an important milestone that had been reached during the last several years. "IT departments and suppliers must understand the business of their customers and offer solutions that clearly support their businesses. This is an asset, but it also puts totally different requirements on business models and human resources."

Companies of all sizes and types need to be able to respond quickly and intelligently to unexpected demands from their customers, market opportunities, and external threads, said Boris Kekeši, the CEO of IBM Slovensko.

Fedorko added that much had been done to increase awareness of the need for security in IT, "such as in the education of users who are now realizing the importance of security in an open digital space. Much has been done also in the development of new technologies".

On-line services with high share of browsing technologies that search for interesting on-line content are a new trend in the Slovak IT sector. The goal is to provide better services for users who need IT not only for basic communications but also for more sophisticated purposes.

During the past four years, a decentralisation process reduced the number of strong players on the market, although this was a global rather than a purely Slovak trend.

Indeed, Slovak firms are beginning to realise how small Slovakia is, and to turn their attention to Europe, Fedorko of Microsoft Slovakia said. Firms have responded to the situation by choosing different commercial strategies, such as joining a large European or global partner, or focusing on a different customer segment.

Slovak IT firms must also recover from the fact that they are no longer able to compete with India on prices of off-shore projects, Ohrablová from Anasoft APR said.

Local IT firms are capable of providing solutions for the domestic market, but when it comes to the global market, Slovak IT professionals can only compete if they are part of one of the global IT firms.

"Slovak companies alone will probably never be able to compete on an equal footing with global firms. As soon as a smaller firm with that potential appears, it is swallowed up by one of the big players," Ohrablová said.

"Competition between Slovak and international firms occurs at the regional level, where Slovak firms are able to offer valuable know-how."

Littmann of Orga Trade added that many Slovak IT firms lack the language skills for fluent communications and negotiations with foreign partners. "However, because of the cultural and language barriers here, many foreign firms would not be successful [on the Slovak market] without Slovak firms."

Demand for IT specialists in Slovakia is also greater than the supply. Many talented IT professionals have already left Slovakia for better incomes abroad.

"There is certainly a lack of IT experts in Slovakia," Ohrablová said. "It's a global trend, and countries with lower incomes are worse off than those with stronger economies."

According to Fedorko, another reason for the supply shortfall is that many foreign firms came to Slovakia during the past four years, setting up service centres and production operations that took a large chunk out of the supply of IT professionals.

"Sometimes, it really is a problem to find quality IT people, mainly in Bratislava and western Slovakia," he said.

However, the fact that the education system in Slovakia is slow to respond to the market need for more skilled IT employees, or to the requirements of building an information-based society in general, could pose a greater problem.

"The problem is that we have the potential in our people, but the education system is not responding to the situation," Fedorko said.