THIS PICTURESQUE spa town, shown here in the 1920s, does not look like people could ever have been afraid of it, but the opposite was true. 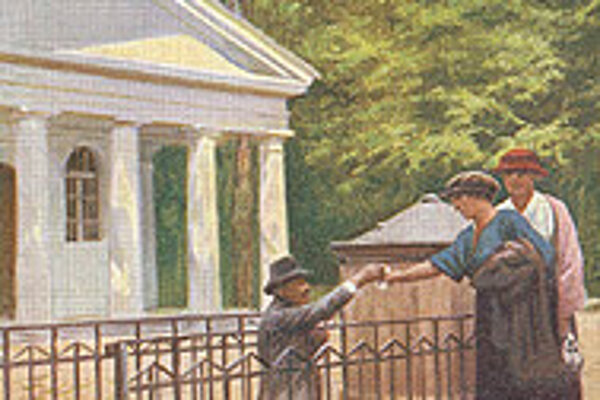 THIS PICTURESQUE spa town, shown here in the 1920s, does not look like people could ever have been afraid of it, but the opposite was true.

The town's boggy meadows once gave off enough carbon dioxide to cause animals to die for what seemed like no reason and filled the air with a mysterious smell. But several centuries have lapsed, and a nice spa is located there now.

People went to Sliač to treat diseases of the heart and veins. Somewhat surprisingly, it attracted personalities from around Europe. A visit from Archduke Joseph of the Habsburgs, who spent a whole month there with his wife in 1823, helped raise the spa's profile a lot. The Hungarian revolutionary Lajos Kossuth went there to heal his war wounds. The Austrian playwright Franz Grillparzer and Czech writer Božena Němcová were there as well.

This spa close to Banská Bystrica is still worth a visit.