A THIRD mobile operator will soon join the two incumbents on the Slovak mobile market in their quest for customers who, according to the authorities, should benefit in the end from the increased competition. 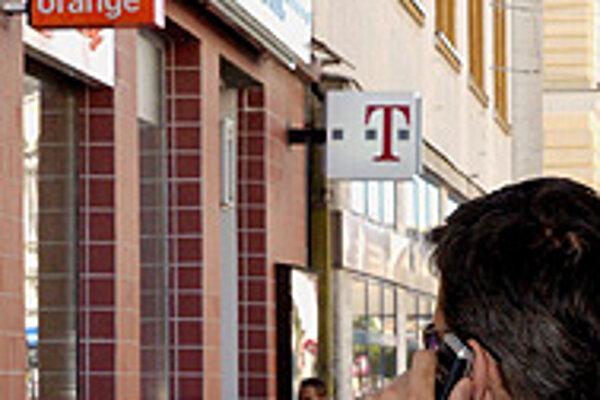 Font size:A-|A+  Comments disabled
A THIRD mobile operator will soon join the two incumbents on the Slovak mobile market in their quest for customers who, according to the authorities, should benefit in the end from the increased competition.

The daughter company of Telecom Austria Mobilkom, Spanish Telefónica O2 and the consortium of Czech Rádiokomunikace with Penta, represented by the firm B Four, have submitted their preliminary bids to the Telecommunications Office of the Slovak Republic (TÚ), which announced the tender for the third mobile operator.

The TÚ will grant the future third mobile operator permission to utilise frequencies within the GSM 900 and 1800 MHz in the UMTS and the FS 29 GHz band.

According to the telecom authority, the decision will lean in favour of operators that have no links to the existing market players, that promise to increase competition and demonstrate the capacity to develop their own network.

"The criteria linked to boosting competition on the market will carry the most weight and only after that will come the price the applicant offers for the license," TÚ spokesman Roman Vavro told The Slovak Spectator.

The authority is seeking a third-operator candidate armed with experience in providing electronic communication services of GSM and UMTS mobile networks while the range of services provided within the offered frequencies can also add credits to the bidder.

The tender has been anticipated in Slovakia for several years. Large telecom firms have been eyeing Slovakia, a fact that prompted the authorities to open the mobile communication market gates to new players.

"Some large telecommu-nication firms that also provide mobile phone services started showing an interest in Slovakia. Based on this interest, the TÚ started preparing the tender," Vavro explained.

Vavro confirmed that the nine-member tender commission will rank the bidders based on five criteria and make its decision within 14 days. If the tender is successfully completed, the new operator could enter the market before Christmas 2006.

However, the committee will disqualify any candidate linked with any other participant in the tender, since submitting double bids is forbidden, and any candidate that does not meet the minimum requested sum to be paid for the frequencies.

According to Vavro, the Slovak mobile telecom market is ready to support one more operators.

"Among the most important factors that made the move appropriate are the fact that the law on electronic communications, which was implemented through EU legislation in Slovakia, has been valid since January 2004. The TÚ now has greater powers to resolve conflicts between the telecom businesses players and can oblige them to support the competition on the market," Vavro told the Spectator.

The TÚ is satisfied with the three bids submitted.

"I expected fewer bids due to the current penetration on the mobile services market," TÚ Chairman Milan Luknár told the SITA news wire.

The two incumbents, T-Mobile and Orange, say that they are ready for the competition and are confident that they would win the battle for customers.

Originally, the local media speculated about the interest of world-size operator Vodafone in the tender.

Prior to preparing the tender conditions, the telecom authority analyzed the market and the requirements of potential bidders for entering the local telecom market.

Mobile giants T-Mobile and Orange, which currently share the Slovak market, view the potential entry of a third operator as a business challenge on a market that is already near the saturation point.

Since the last failed tender, conditions on the Slovak market have changed, with the Slovak market authority gaining more power to regulate mobile operators and the costs of gaining an operating license falling as well.