ALTHOUGH M. R. Štefánik in Bratislava is not a large international hub, competition among the airlines that use the airport is becoming fierce and is forcing them to keep their prices competitive, airline officials say. Slovakia's tough market has even forced less competitive firms out altogether. 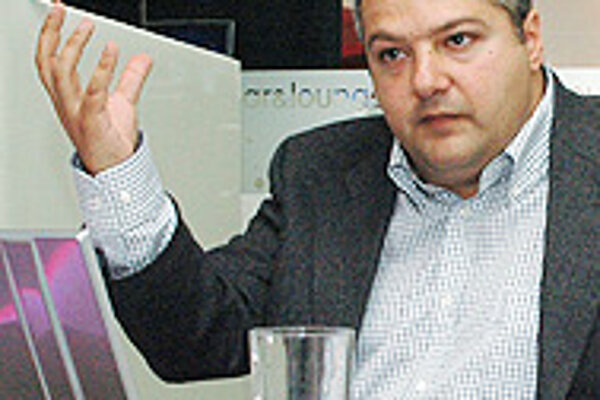 Font size:A-|A+  Comments disabled
ALTHOUGH M. R. Štefánik in Bratislava is not a large international hub, competition among the airlines that use the airport is becoming fierce and is forcing them to keep their prices competitive, airline officials say. Slovakia's tough market has even forced less competitive firms out altogether.

"The Slovak market is relatively small and limited. It has also been very price-sensitive due to the [low] purchasing power of the inhabitants. For this reason, prices have sometimes been pushed down to unbearable levels. This may have caused some carriers to leave the market after they found they couldn't operate profitably," Tatiana Jonáková, the marketing manager of Slovak Airlines, told The Slovak Spectator.

The competition also apparently got to British low-cost carrier easyJet, which has announced it will cease flying from Bratislava airport at the end of October. "The route [Bratislava - London Luton] was not financially viable," easyJet spokesperson Samantha Day told The Slovak Spectator.

After arriving at Bratislava airport in 2004, easyJet cancelled its Bratislava-Berlin destination only a few months after introducing it.

"EasyJet didn't manage to attract enough passengers to ensure long-lasting service on this route," Yannis Capodistrias, the head of marketing for easyJet, said at the time.

Even with the departures, however, Bratislava airport will still be serviced by low-cost carriers Ryanair and SkyEurope, as well as traditional carriers such as Czech Airlines and Slovak Airlines.

Other airlines continue to arrive to try their luck, with M. R. Štefánik having announced it is in negotiations with another low-cost carrier, Wizz Air of Hungary.

Wizz, however, has not yet confirmed the launch of flights from Bratislava airport: "We are looking at a number of opportunities in Central and Eastern Europe, and we only disclose details of our done deals," said Natasa Kázmér, communications director for Wizz Air Group.

The main field of competition at Slovakia's largest airport remains between traditional air carriers and low-cost alternatives. More than 80 percent of people who fly out of the Slovak capital use budget carriers, Bratislava airport reports.

Low-cost airlines are acutely aware of their strength, especially in Slovakia's price-oriented market.

"Ryanair is committed to delivering the lowest fares to all people in Slovakia and thus to making flying much more popular in Slovakia than ever before. We are happy with our performance at Bratislava airport, as the load factor on all our routes [to London, Dublin, Milan and Frankfurt] is better than expected. We are not afraid of any competitor in Bratislava," Tomasz Kulakowski, sales and marketing executive of Ryanair for Central Europe, told The Slovak Spectator.

SkyEurope, the first low-cost carrier in Slovakia, has even won acknowledgement as the country's "unofficial national airline", according to Czech Airlines' general manager for Slovakia, Jozef Bebiak.

"SkyEurope was the first to apply the philosophy of low-cost air transport to Slovakia," said SkyEurope spokesperson Gabriela Horváthová for The Slovak Spectator. "Our strategy is always to fly to convenient airports, ones situated close to city centres, so there is no need for extra travel expenses.

"We understand that the strong competitive environment that has been created here thanks also to SkyEurope was behind the fact that some foreign airlines decided to leave Bratislava airport," she added.

Low-cost carriers in Slovakia have even penetrated business travel segments that used to be dominated by the traditional carriers.

"Based on a recent survey that we carried out on board our airplanes, about 30 percent of SkyEurope's passengers are business-oriented," Horváthová said.

She added that SkyEurope offers a special product tailored to these customers which allows them, for example, to pay in advance for 50 one-fare air tickets or to register air tickets in a company's name, and that also guarantees the price of air tickets before departure or allows for free ticket cancellation.

Ryanair's Kulakowski added that in a survey conducted recently at Bratislava airport, 54 percent of passengers interviewed said they were traveling for business.

"Many of them, obviously, are Slovak people working in the services industry in the UK, Germany and Ireland, such as restaurants and hotels. But I expect that 25 to 30 percent of all our traffic in Bratislava is 'real business' traffic, with passengers flying on business to Slovakia and Vienna as well," he explained.

Ryanair does not offer any special packages to its business clientele, but Kulakowski said he believed that Ryanair's terms of transportation as the Europe's largest low-cost air carrier were enough to attract business travelers across the continent.

With budget airlines recording such remarkable successes in Bratislava as elsewhere, traditional air carriers are hard put to convince travelers of the advantages they offer against the rock-bottom prices of the competition. However, Jonáková of Slovak Airlines attempted to summarize the market advantages of the traditional firms.

Traditional airlines, she said, are usually members of alliances with stricter rules on how to care for passengers as well as on the level of services that must be provided.

At the same time, cooperation among traditional airlines is often based on bilateral agreements that bring flexibility to customers. When the unexpected occurs, these airlines are able to accept the documents that each other provides, which allows their clients to continue on their journeys. Traditional airlines also usually use the main airports in the cities they fly to.

Low-cost airlines, on the other hand, are usually not members of alliances, and often do not have bilateral agreements with other carriers. They also usually use airports located further away from the city centre because of lower operating costs.

Traditional airlines publish their tariffs through global Computer Reservation Systems (CRS) such as Amadeus, Sabre, Galileo, and Wordspan, which are used by agencies that sell air tickets. This enables the traditional airlines to sell their tickets through wider- distribution channels.

In the Slovak environment, one of the main market advantages of Slovak Airlines is that it provides scheduled direct flights from Bratislava to Brussels and Moscow, destinations that none of the other carriers offer.

"Our greatest competition comes from airlines that provide flights to these destinations through a transfer point or from Vienna," Jonáková said.

"However, direct flights have always been more attractive to customers. Given the flights we offer, the low-cost airlines do not represent competition for us."