ST. MARTIN'S Cathedral, where 19 kings and queens of the Hungarian monarchy were coronated, will get a new organ within two years. The new instrument will be of superior quality, which will correspond better with the cathedral's signifiance. 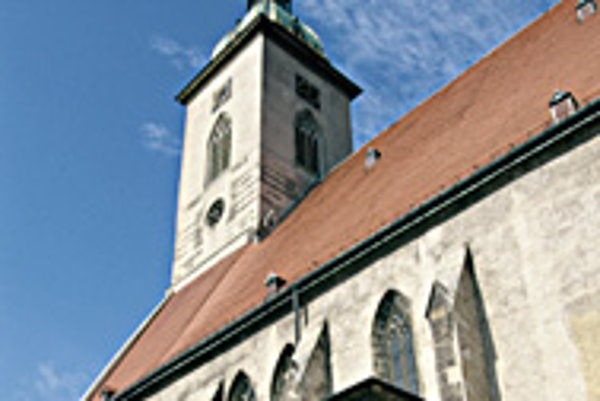 Font size:A-|A+  Comments disabled
ST. MARTIN'S Cathedral, where 19 kings and queens of the Hungarian monarchy were coronated, will get a new organ within two years. The new instrument will be of superior quality, which will correspond better with the cathedral's signifiance.

"It will be the finest organ in Slovakia. Even the Slovak Philharmonic does not have such an instrument," Ján Sokol, archbishop of Trnava-Bratislava, commented.

The organ will be the work of German master Gerald Woehl and will cost more than €993,000. The cathedral's current organ was built in 1880. Project manager and organ player Stanislav Šurin knows it very well, as he played it during daily masses between 1991 and 1995.

He pointed out the organ's bad position in the narrow space below the cathedral's tower at the rear of the gallery. The emphasis used to be on hearing the orchestra, so the organ was pushed into an alcove to provide more space for the other musicians.

"Therefore, its sound does not beam forward into the space, just as if you put two singers into wardrobes facing each other and left the doors open," Šurin explained.

The new universal classical organ will be constructed to enable excellent interpretations of 18th century Baroque music by JS Bach and French Romantic compositions from the 19th and 20th centuries. At this time, no organ in Slovakia can produce the kind of sound Bach compositions deserve and for which they were composed.

To fulfill such a demanding task, the Catholic Church addressed five prominent foreign organ building companies. The company of Gerald Woehl Orgelbau from Marburg emerged the winner after the commission decided he would be ideal for the project. He has experience with restoring historical organs, was trained as an organ builder in France and apart from other important organs, has built the organ for the St. Thomas Cathedral

in Leipzig, where JS Bach is buried.

In October, Woehl arrived in Bratislava to personally introduce his project. The new instrument will have three manuals, more than 60 registers, 3,806 pipes and weigh more than nine tons. Its construction will not disturb the normal activites of the cathedral, and the cathedral itself will not be without organ music during the next two years.

It has a small organ that can be used, and the organ building company also offered to lend one to the cathedral.

The consecration of the new organ is projected for October 2008. The old organ will move either into a new modern cathedral to be built in Petržalka or another new church.