CENTRAL and Eastern Europe is a popular location for international companies who want to establish new shared services and contact centres. Investors appreciate the low costs, skilled labour, and relatively short distances to the more developed countries of Western Europe, where their main customers reside. Slovakia, which offers all of these benefits, is one of the most preferred service centre locations in the region. 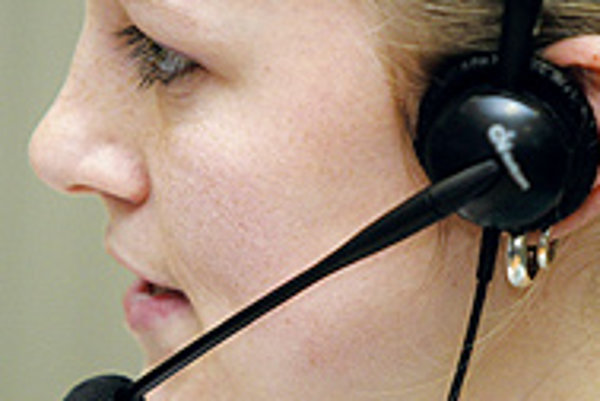 Font size:A-|A+  Comments disabled
CENTRAL and Eastern Europe is a popular location for international companies who want to establish new shared services and contact centres. Investors appreciate the low costs, skilled labour, and relatively short distances to the more developed countries of Western Europe, where their main customers reside. Slovakia, which offers all of these benefits, is one of the most preferred service centre locations in the region.

Consultancy firm AT Kearney wrote in its recent Global Services Location Index study that CEE countries continue to be popular among European companies that are seeking alternative locations for their IT and business process outsourcing services.

AT Kearney reported that although the costs are higher than in many Asian countries, the CEE region offers a well-educated labour force with strong language skills, as well as proximity to Western European clients. Major CEE cities are a mere two-hour flight from London and Paris and are virtually next door to Germany and Austria. Their accession to the EU in 2004 and their gradual implementation of EU law ensures a stable and predictable political climate that makes investment more secure.

In fact, according to data made available by the United Nations Conference on Trade and Development (UNCTAD), in recent years, more than 20 percent of offshore projects by European firms have gone to the CEE region.

Slovakia ranked 16th on the 2005 Global Services Location Index, the second best position among CEE countries. The Czech Republic, sixth in the global rankings, scored the best in the region.

"As costs rise in Poland, Hungary, and the Czech Republic, lower-cost alternatives such as Slovakia, Bulgaria and Romania are becoming increasingly attractive, offering a highly-skilled labour force with technical skills. With EU accession completed or imminent, the business environment in all three countries is improving rapidly," reads the AT Kearney study.

However, the study continues, the benefits of EU membership will likely also reduce the cost advantages of Slovakia, Bulgaria, and Romania, forcing multinationals to begin looking farther afield to Russia, Ukraine, and other former Soviet countries.

The SARIO state investment agency recently listed 22 companies who have shared services and contact centres in Slovakia. The largest firms on the list are IT and telecoms companies such as IBM, T-Systems, T-Com, Dell, Hewlett-Packard (HP), Accenture, AT&T, Siemens, and Lenovo.

Why Slovakia for IT service centres?

Initially, IT companies became interested in Slovakia mainly as a location for technical support call centres. Such centres, like Dell's, employ mainly young people, some without university education, who speak at least one foreign language.

Later, these initial centres were joined by international operation centres that employ mainly qualified IT experts such as software engineers, project managers, consultants, and others. These professionals help solve customers' problems over the Internet using remote administration tools. HP, IBM, and T-Systems all have such centres in Slovakia.

Finally, there are software houses such as Siemens Program and System Engineering, which focus on software development.

Accenture has two customer service centres in Bratislava. The first is the Business Process Outsourcing Centre, which has more than 400 employees who take care of various internal processes such as finances and accounting for clients from all over Europe.

The second is Accenture Technology Solutions, which employs over 500 people who provide software development and maintenance for European customers.

Marek Gešo, Accenture's marketing director, said that in addition to its favourable cost structure, business environment, and skilled labour, Slovakia's geographic and cultural proximity to the majority of European trade centres is another reason why Accenture established its centres in Slovakia.

"Bratislava provides the needed conditions for this type of knowledge-based business," Gešo said.

T-Systems has operations in Eastern Slovakia, taking advantage of even lower costs than those found in Bratislava. The company employs about 250 people at its contact centre in Košice.

"T-Systems chose to establish a centre in Košice due to the area's skilled human resources, universities, and excellent infrastructure. We are planning to increase the number of employees," said Jozef Ondáš, CEO of T-Systems Slovakia.

IT companies believe that IT service centres in Slovakia will start to focus more on services with higher added value.

Ondrej Smolar, the technical director of Soitron, a company that provides outsourcing services for the HP technical support centre, believes that more complex services based on more advanced and deeper knowledge of the IT sector will be crucial.

"We see the future not in simple call centres, but rather in centres that offer higher-level services, whether it is technical support, infrastructure administration and logistics, or financial and accounting-business services."

Centres here for the long term

Ondáš of T-Systems said that Slovakia would be a prime service centre location for international IT companies for at least the next decade. "Slovakia does not have to fear that these centres will move any time soon. It is important to realise that costs are not the only important factor - there is also the supply of educated people here in Slovakia."

Gešo of Accenture agreed that cost is only one of many factors to be considered when choosing a location for contact centres. "When companies think about moving help centres with high added value, the decision-making process is not as simple as it is in moving factories or assembly halls," he said.

"It's easy to move machines, but people are more difficult."

Given the stay-put nature of the call centre business, knowledge-based business could be a strategic development path for Slovakia, say IT experts.

"If international corporations decided where to build their centres based only on economic indicators, the CEE region, where labour costs are 50 percent higher than India's, simply would not be able to provide such services," Makyta said.

"In all cases where it's not only about price but also about cultural proximity and similar values and mentality, customers in Western Europe and North America prefer to interact with our region," he added.

"The investment needed to build such a centres is relatively high," said Smolar of Soitron, adding that he believed this fact would act as an anchor keeping call centres from moving from Slovakia within the next five years. Effectiveness and productivity will play an increasingly important role in evaluating potential shared service centre locations, he said.

"If the Slovak labour market remains sufficiently flexible, it should be able to create the foundation needed for the sustainable development of service centres and prevent them from moving on to cheaper destinations," Smolar said.

Lack of labour not critical

Following several large recent investments in the IT industry and service centres, the Slovak labour market is suffering from a shortage of IT-skilled people. But while IT service centres say they feel the shortage, they do not regard the situation as dangerous. Moreover, most have set up their own of further education and training programs.

"We don't see the lack of IT specialists on the Slovak market as critical," Smolar said. "There are definitely fewer "unoccupied" IT specialists than there were 3 years ago. On the other hand, we are able to offer graduates an attractive first step in their careers thanks to our cooperation with universities and intense training programs.

"Work in such a centre can be a challenge for young people. They get to work for international companies in a domestic environment. They get useful experience and learn a lot from their training."

However, IT firms say the warning signs are there, and must be heeded by Slovakia's school system. According to Makyta, the supply of educated labour will likely continue to be limited due to demand for skilled people in the burgeoning auto and IT industries (IT service centres are the second fastest growing industry in Slovakia).

"The IT sector will require universities to respond more flexibly to current trends and market needs," Makyta said.