THE FIRST reactor of the nuclear power plant at Jaslovské Bohunice in Western Slovakia was officially closed on December 31 in accordance with a commitment made by the previous Mikuláš Dzurinda government during Slovakia's accession talks with the EU. 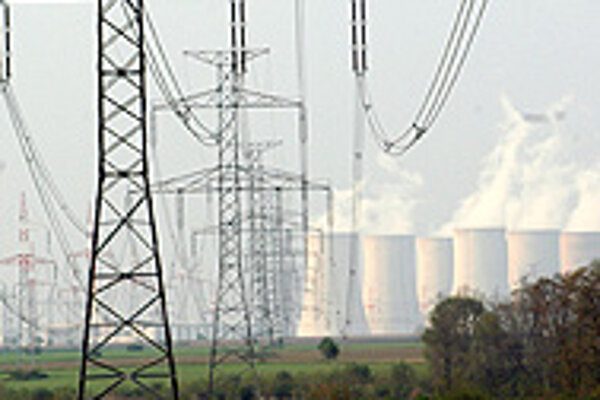 Font size:A-|A+
THE FIRST reactor of the nuclear power plant at Jaslovské Bohunice in Western Slovakia was officially closed on December 31 in accordance with a commitment made by the previous Mikuláš Dzurinda government during Slovakia's accession talks with the EU.

The second unit is scheduled to be closed in 2008, leaving Slovakia with 20 percent less electricity generating capacity that it had before the process began, and leaving government officials plainly reluctant to follow through on the promise.

During the accession talks prior to Slovakia's entry to the EU in May 2004, it was agreed that Slovakia would shut down the 1970s Soviet-style reactors due to safety concerns, principally from Austria. The first reactor came into operation in 1978, and the second in 1980.

However, the closure will mean that Slovakia will eventually have to import electricity in order to satisfy its energy needs.

He also suggested that in future both reactors might again start producing energy, providing the country secured international agreement. In Fico's opinion, both reactor units are still in excellent technical condition.

"We believe that a time may come when they will once again produce electricity for Slovakia," Fico said.

According to official reports, until it was taken off line the first V1 unit produced nine percent of the electricity generated in Slovakia, some of which was exported. Now, after the first closure, Slovakia will only be producing as much energy as is needed for the local market.

After the closure of the second V1 unit, which also supplies around nine percent of Slovakia's electricity, the country will no longer be producing enough electricity to meet its needs, and may be forced to import. According to Fico, Slovakia must find a way to deal with this situation, as "crying won't help us now".

"The closure of two healthy reactors suits everybody except Slovakia. This is the start of Slovakia's energy dependence on foreign sources," the PM said at a briefing on December 31.

Fico added that making up for the lost production would be a big challenge for his government, which is currently preparing a plan to return Slovakia to energy self-sufficiency.

In addition to announcing that the two deactivated reactors might in future resume producing energy, the prime minister also asked Enel, the Italian majority owner of Slovakia's dominant power producer, Slovenské Elektrárne, to say by the end of February this year whether it planned to complete the third and fourth reactor blocks of the newer Mochovce nuclear power plant, opened in 1998. The company is currently working on a feasibility study for this project.

"The completion [of the Mochovce units] remains the government's priority," Fico said.

According to Economy Minister Ľubomír Jahnátek, who was also present at the closure ceremony, December 31 was "a black day for the Slovak energy sector".

He said that the closure of the reactors made Slovakia vulnerable due to its energy needs, and criticized his predecessors for failing to prepare a plan for Slovakia's energy security, which his ministry is now scripting.

According to the chairman of the Trnava region government, Tibor Mikuš, the closure of the units was the result of an irresponsible approach to the country's national and state interests.

Mikuš is the former head of the Bohunice power plant and a member of the ruling coalition Movement for a Democratic Slovakia (HZDS) party.

"Slovak nuclear reactors belong to the better half of around 500 [such reactors] worldwide in terms of security, and they also have a very good operational record," Mikuš said, adding that he believed that Europe was facing a nuclear energy renaissance.

According to the approved closure process, it will take around three and a half years to cool the fuel in the reactor. The adjacent buildings will then be dismantled and decontaminated, with the process to finish in 2025.