CONTINUING in his campaign for a state-run health care sector, Slovak PM Robert Fico has declared "a big war" on the profits of private health insurance companies, which he believes should be retained in the cash-strapped health care sector. 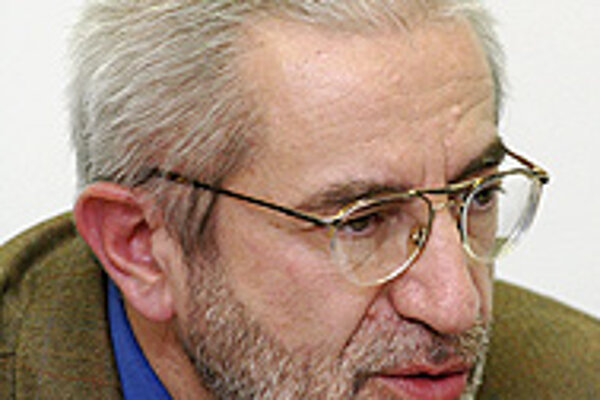 Font size:A-|A+
CONTINUING in his campaign for a state-run health care sector, Slovak PM Robert Fico has declared "a big war" on the profits of private health insurance companies, which he believes should be retained in the cash-strapped health care sector.

Following a meeting with Slovak President Ivan Gašparovič on January 19, Fico announced that the coalition plans to ban health insurers from making any profit, and suggested that people whose health insurance premiums are paid by the state - some 60 percent of the Slovak population - should be required to take out policies with state-owned health insurance companies.

"We refuse to accept a situation in which a certain part of the money raised in health insurance premiums from people is being kept as profit [by the insurance companies]," Fico said.

"I am aware that this will start a big war."

Fico said that all the money collected through health insurance premiums should be re-invested into the sector, with insurers allowed to keep only four percent of the premiums to cover operating costs.

"We are against a profit being made from health insurance because that would be the easiest enterprise in the world. Send me your money and I will keep seven or eight percent as my profit and send the rest to the health sector," Fico said.

Eduard Kováč, the head of the Association of Health Insurance Companies (ZZP), warned that "if an unjustified intervention into the rights of health insurers takes place... health insurance companies will probably consider filing lawsuits" against Slovakia.

He added that banning profits would not help the system.

"Quite the opposite. The Slovak health care system has financial resources of over Sk100 billion per year. The total profits of the health insurers are expected to be around Sk1 billion, which will be reinvested into health care.

"Much more important, the possibility of making a profit is a basic mechanism that is required to keep public finances stable, and to prevent the escalation of debt in the health care system.

"And, just by the way, most health care organisations, including outpatient offices, hospitals, pharmacies, drug suppliers, and so on, generate profits in just the same way," Kováč said.

Another step that needs to be taken, according to the PM, is to make sure that people whose premiums are paid by the state - state employees, women on maternity leave, the unemployed, etc. - are all insured by the country's two public health insurers, Všeobecná (VšZP) and Spoločná (SZP).

"Insurance clients that are under the state's care should be with health insurance companies that are publicly owned, such as SZP and VšZP," the PM said.

The country's four private insurers insist that people should have the right to choose their insurance company in keeping with free market principles generally respected by democratic states.

"This would be a violation of one of the basic rights of citizens - the right to free choice," Kováč said. "Free choice was one of the four main goals of the health care sector after [the fall of communism in] 1989, along with de-monopolization, decentralization, and limiting the influence of the state on the sector.

"These things have finally been achieved, and now they are in danger of being taken away. It's ridiculous and has to be rejected on principle. This would eventually lower the standard of health care for those citizens who were forced against their own will to be insured with state-owned insurance companies."

Peter Pažitný of the Health Policy Institute, who co-authored the health care reform undertaken by the previous right wing government, added that "such violent re-insurance [as planned by Fico] will take us back to an era prior to 1989" when communism was defeated in Slovakia.

If the government succeeded in its plans, Kováč said, more than 3.3 million people out of Slovakia's 5.4 million population would be required to hold policies with state insurers.

VšZP and SZP are 100 percent state-owned joint stock companies, but the Health Ministry is planning to transform them back into public institutions, the form they used to be in prior to the health care reform carried out under the 2002-2006 government of Mikuláš Dzurinda.

The insurance companies were transformed into joint stock companies in order to increase transparency in their accounting.

According to Andrej Janco, president of Slovakia's Association of Specialist Doctors, the Fico government is trying to ruin private health insurance companies and undermine the plurality of the system.

Janco noted that the government is also planning to cut the number of beds in Slovakia's hospitals, as well as the number of private medical practices and ambulance service providers.

By the end of March 2007, Health Minister Ivan Valentovič has to present the government with a plan on how to save money in the health care sector so that the government can make good on its pledge to pay the state's insurance clients more in premiums.

So far, however, the minister has failed to come up with a cost saving plan. Although a ministry analysis suggested that Slovakia has around 6,000 hospitals beds more than it needs, Valentovič has not yet managed to convince the regional authorities responsible for hospitals to agree to any cuts.

The Association of Specialist Doctors, meanwhile, has declared that it is prepared to appeal to the EU, and has called on private doctors to sign contracts with all four private insurance companies.

"Don't let them misuse us to destroy the private sector for political motives," the Association said in its appeal.