LEGENDARY Slovak musician Marián Varga celebrated his 60th birthday in the Zrkadlový Háj House of Culture on January 29. Friends and fans congratulated the musician, who is renowned for his compositions, improvisations and freedom in artistic expression. 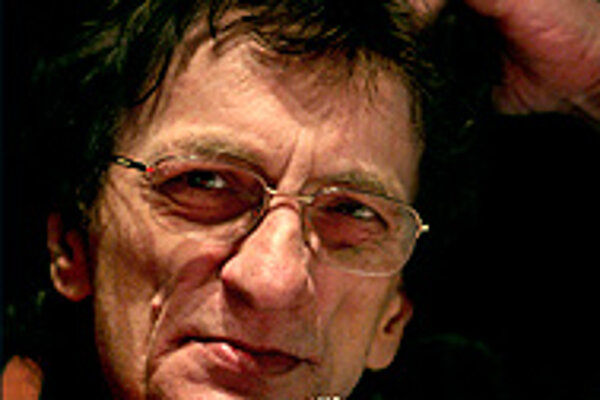 Font size:A-|A+0
LEGENDARY Slovak musician Marián Varga celebrated his 60th birthday in the Zrkadlový Háj House of Culture on January 29. Friends and fans congratulated the musician, who is renowned for his compositions, improvisations and freedom in artistic expression.

"In the 1960s, when everyone wanted to prove their greatness by imitating the Beatles or the Rolling Stones, Varga came to be Varga. And he was equally good," says Snopko in the documentary.

For a long time, Varga said that he was only taking an excursion into popular music. "Now, I am realising with horror that I am 60 and I am in it," he comments in the documentary.

A native of Skalica, Varga studied composition with composer Ján Cikker and attended the Bratislava conservatory before leaving school to become an essential part of Prúdy. He enriched the guitar sound of the band with the Hammond organ, piano or cembalo as well as music borrowed from other genres and styles. In 1969, he recorded with Prúdy one of the most important albums of Slovak pop music, Zvonky zvoňte. After

Prúdy became too narrow for Varga, he launched Collegium Musicum, which caught the progressive wave of art rock and brought rock versions of classics such as Haydn, Bartók, and Bach to Slovakia. When Collegium Musicum fell apart in the early 1980s, Varga went solo. He worked with Czech songwriters Vladimír Merta and Karel Kryl, violin player and singer Iva Bittová and later with Slovak cellist Jozef Lupták.

His latest album is Marián Varga a Moyzesovo kvarteto, on which he plays compositions from his entire oeuvre, arranged by the young Slovak composer Marek Spusta.

Varga, who is completely unpretentious, will tour Slovakia with the Moyzes Quartet, beginning in his native Skalica on February 8. The winter part of the tour will end in Bratislava's Aréna theatre on February 25 and 26. The tour will resume in the summer, culminating at the multi-genre festival Pohoda.

To mark the musician's 60th birthday, seven remastered versions of legendary Collegium Musicum's albums recorded between 1970 and 1980 will be re-released.