Fico finds common cause with Putin

IN THE WAKE of Prime Minister Robert Fico's recent visit to Moscow, political scientists and observers have been asking if the visit marks a radical change in the direction of Slovakia's foreign policy. 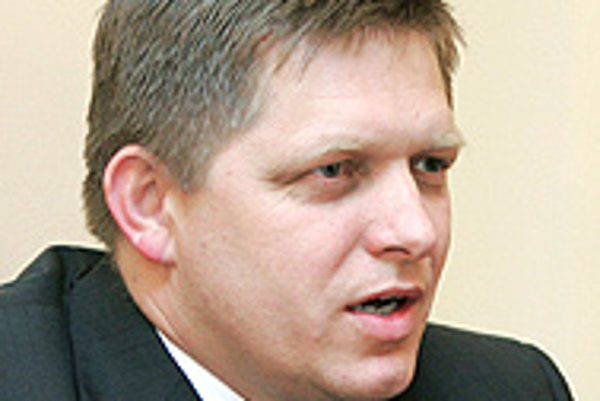 Font size:A-|A+
IN THE WAKE of Prime Minister Robert Fico's recent visit to Moscow, political scientists and observers have been asking if the visit marks a radical change in the direction of Slovakia's foreign policy.

Slovakia is a member of both NATO and the EU, and has stated in its foreign policy strategy, published in 2004, and in its security strategy, approved by parliament in 2005, that it considers the US to be a key ally and partner for the next decade.

Fico met with Russian President Vladimir Putin during an official visit on May 5 to discuss trade, politics and international relations.

"Slovakia has really begun to concentrate on Russia," said political analyst Ivo Samson. "Not only economically - that would be understandable - but also politically. It has turned against its allies in NATO and other transatlantic structures. It has done so repeatedly in word, and now also in deed."

Samson said that, in siding with Putin and criticising the US' plans to build anti-missile bases in Poland and radar in the Czech Republic, Fico showed a lack of loyalty to the both the US and its allies in NATO, who support the construction of the installations.

"Robert Fico has also shown a lack of loyalty to our regional allies, the Poles and the Czechs, when he criticized them for having made a bilateral agreement with the US," said Samson.

Immediately after returning from Moscow on May 5, Fico told reporters that the US and the EU had made a mistake when they did not consult with Russia before making plans to construct anti-missile bases in the Czech Republic and Poland.

"The US and the EU made a strategic failure when they did not communicate with the Russian Federation on this issue," said Fico.

According to Fico, Putin said the Kremlin would point its nuclear warheads at the new bases if they were built.

"The President was very direct," he said. "He simply stated that as soon as a missile base appears in Poland or the Czech Republic, the aim of the Russian Federation's nuclear weapons will be adjusted and these bases will be targeted.

"We should be alarmed by this prospect. President Putin's message was surprisingly clear," said Fico.

Samson told The Slovak Spectator that the biggest problem is the fact that Fico did not come to the defence of Slovakia's neighbours when Russia threatened to point ballistic nuclear missiles at them, but rather joined in the criticism.

"He did not say a word about the verbal aggressiveness of the Russian Federation," Samson said. "I think this is a distinct break in loyalty."

Slovak Foreign Minister Ján Kubiš, who supports the construction of the radar and anti-missile installations, did not wish to comment on Fico's statements.

"The prime minister has expressed his personal opinion several times, which we respect and take into consideration."

However, Martin Bútora, Slovakia's former ambassador to the US, does not think Fico's actions can be taken so lightly.

"This is not the private opinion of a prime minister anymore," he told The Slovak Spectator. "If we spread the idea that we are trying to cultivate multilateral contacts with Russia, we will weaken our position in NATO as a reliable and trustworthy partner.

"If someone jumps on the Russia train, they can't expect that they will still be welcome on the NATO train."

Bútora said he also objected to Fico acting as if he were Putin's spokesperson in the Slovak Republic, especially as Russia is only Slovakia's partner and not recognised as an ally.

Bútora said Kubiš and the Foreign Ministry are trying to observe these documents. "So we have a two-track foreign policy," he said.

According to Bútora, Fico is ideologically closer to the political regime in Russia than to the democracies of the West, which he sees as problematic as the political opposition in Russia have said that Russia cannot be considered a democratic country.

"At present, press freedom in Russia is limited, as well as the freedom of assembly and many more freedoms that are typical in Western democracies," said Bútora. "Unfortunately, this visit has confirmed that Slovakia today is led by a prime minister who is not a 'Western man'."

Bútora also took issue with the fact that Fico openly defended Russian demands at a time when relations with Russia are being reassessed in the EU and NATO because of the tense relations between Russia and Estonia and Putin's threats.

"The European Union is seeking a common policy towards Russia," said Bútora. "This issue has been discussed in various European forums. So there has been a certain surpassing of mutual relations on Fico's part, which could be at the expense of a common European policy."

During his visit, Fico promised Russian companies orders for nuclear energy. He told Putin at the same time that he was very concerned about ensuring good natural gas prices after 2008, when the current contracts with the SPP gas company will end.

Putin said gas prices for Slovakia will not be changed in the future. He pointed out that the prices are based on the European model and said there was no reason to change it. He said gas prices depend on global crude oil prices and on the exchange rate of Slovak crown against the American dollar.

Fico said he wanted the Russian public company Atomstrojexport to complete two nuclear blocks in Mochovce, and he also included it in the group of candidates for the construction for a new nuclear power plant in Jaslovské Bohunice.

Putin suggested the possibility of making the renewal of the arms industry a joint venture between the two countries.

"We have no problem with going into arms production," Fico said on the STV public channel on May 5. "If we do not do it, someone else will."

However, Bútora said he did not think such a move would help Slovakia.

"In my opinion, it does not meet the demands of the Slovak economy. A few companies can earn money from it but it is not promising for Slovakia as a whole."

Bútora said rather than help, Fico's visit to Moscow has harmed Slovakia.

"We will wait and see about the economic effects," he said. "But from the security, political, or foreign policy point of view, I would say the visit will have problematic results for Slovakia."