SLOVAKS WILL learn in four months whether a new broad gauge railway, like the one used by Russia, will link Bratislava with the eastern metropolis of Košice. Russia has had a strong interest in extending its railway system into Central Europe and the Danube River, and it seems that Slovakia is going to give them their opportunity. 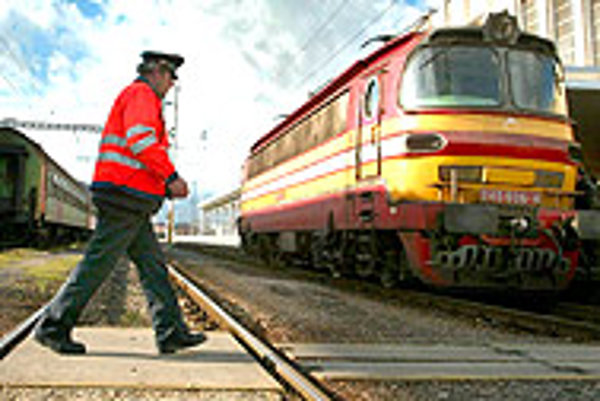 Font size:A-|A+0
SLOVAKS WILL learn in four months whether a new broad gauge railway, like the one used by Russia, will link Bratislava with the eastern metropolis of Košice. Russia has had a strong interest in extending its railway system into Central Europe and the Danube River, and it seems that Slovakia is going to give them their opportunity.

Slovakia's Transport, Post and Telecommunications Minister Ľubomír Vážny has confirmed that within the next three weeks, a Slovak-Russian focus group will be formed to assess the possibilities for laying down a broad gauge track.

"If the experts give a positive response we will start construction," Vážny told the SITA news wire.

A memorandum of understanding on the Slovak-Russian broad gauge railway project was signed by Vážny and the head of Russian railways, Vladimir Yakunin, in Moscow on May 4.

Prime Minister Robert Fico has said that if successful, the project will be "extraordinarily important" for further economic relations between Slovakia and Russia.

Slovakia's former prime minister, Vladimír Mečiar, promised the construction of such a track back in the 1990s and the current government has revived this idea. "If Slovakia does not do it, other countries will," said Vážny.

"From the transportation point-of-view, Slovakia will benefit from it because reaching the Danube is the most important aspect for the Russian side," said Jahnátek. "The rail line is important for them even if it does not go through Slovakia and I fear that [if we do not accept it] it might go through another country."

Eastern Slovakia to lose out?

At the moment, cargo coming in to Slovakia from the east stops in Čierna nad Tisou near the Ukrainian border to be unloaded from the broad gauge trains and loaded onto standard gauge ones.

Vážny said that the new railway should not reduce the volume of goods transhipped in this way in Čierna nad Tisou and that Slovakia wants to strengthen and modernise this hub. The Čierna nad Tisou cargo transhipment station is currently only making use of 35 percent of its capacity and Vážny said that after investments and some EU funding it could be restructured to make full use of its capacity.

Mikuláš Dzurinda, the leader of the opposition Slovak Democratic and Christian Union has said that the construction of a new track all the way to Bratislava would be a deadly blow to eastern Slovakia and that hundreds of people would lose their jobs.

"By flirting with this idea, the cabinet is demonstrating its unwillingness to eliminate the [economical] imbalance between eastern and western Slovakia," Dzurinda said after visiting the Čierna nad Tisou station.

He said the extension of the broad gauge track is economic and political nonsense, adding that the argument that 'Hungary or Poland will extend the track if Slovakia does not' makes no sense either.

The Košice regional government has also spoken out against the proposal.

"Such plans would mean that Košice's last asset would move to Bratislava," said Zdenko Trebuľa, head of the regional government.

"The problems at the existing transhipment station in Čierna nad Tisou should be taken care of first," he said. "Increasing Čierna nad Tisou's operations would substantially reduce unemployment in this poor region."

MP Štefan Kužma of the Democratic and Christian Union said that a broad gauge railway extension to Bratislava would in fact transfer economic growth from the underdeveloped east to Bratislava.

"Spending a hundred million crowns to tranship something in Bratislava instead of south east would mean taking away this region's only geographic advantage as well as some of these people's only job opportunity," Kužma said. "Čierna nad Tisou should have been a logistic base for eastern markets."

Kužma said he cannot see the logic in the government's strategy as the amount of cargo transhipped and time it would take would be the same whether it was done in Čierna nad Tisou or in Bratislava.

Kužma said that by the end of 2013, Slovakia should receive €3.2 billion from EU funds. If Slovakia uses it to construct a broad gauge track, the modernisation of Slovak railways and the construction of highways would be paralyzed.

"This government is working against the east," Kužma said.