THE MEMOIRS of the two men who were the first to escape from Auschwitz and tell the world what was really happening in Hitler's concentration camps has finally been released in English.
Earlier this month, Alfréd Wetzler's memoir "Escape from Hell - The True Story of the Auschwitz Protocol", was published in English by Berghahn Books. 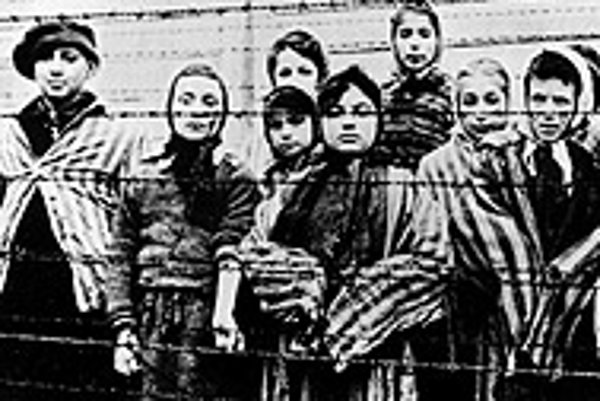 Font size:A-|A+
THE MEMOIRS of the two men who were the first to escape from Auschwitz and tell the world what was really happening in Hitler's concentration camps has finally been released in English.

Pavol Mešťan, director of the Museum of Jewish Culture in Slovakia, considers Wetzler's book to be extraordinary. "This type of literature usually tends to suffer from sentimentality or naturalism," he said. "Wetzler's book suffers from neither. It should be included in the curricula of all secondary schools in Slovakia."

With its publication in English, the book has also drawn international praise.

"Although Alfréd Wetzler did not know it, his courageous escape proved a life-saving one for a whole community," writes historian Sir Martin Gilbert in his foreword to the English edition. "Wetzler had been a central figure in one of the most remarkable acts of saving lives in the Second World War. The publication of his book enables his remarkable and inspiring story to become known in full for the first time, and is a tribute to his memory."

The book was published in English through the efforts of Hungarian scientist Péter Várnai, currently living in Cambridge, England, whose father's family came from what is now Slovakia. While researching his roots, Várnai (whose family name had originally been Wetzler) met and befriended Eta Wetzlerová, Wetzler's widow. He was astonished to discover that Wetzler's memoir had not appeared in English and decided to do something about it. He succeeded in finding a publisher and securing the services of a distinguished English translator, Ewald Osers.

Wetzler's book first appeared in Slovakia in 1964 and a second edition was published in 1989. Historians and journalists emphasise two remarkable things about Wetzler and Vrba's escape: the fact that nobody believed them at first and the fact that now their heroism has been unjustly forgotten.

"Wetzler and Vrba's escape was a turning point in giving proof of the inhuman practices in Auschwitz," Mešťan told The Slovak Spectator. "Wetzler and Vrba were the first ones who - with the support of fellow inmates - collected factual evidence: written materials, copies of documents, etc. These documents, together with their own testimony written after their return to Slovakia, provided incontrovertible evidence that the "rumours" that had been spreading about Auschwitz were true. Through Wetzler and Vrba's testimony, the whole world learned the truth about the extermination camps, a truth that, unfortunately, was so incredible that it took the Allies until 1945 to come to the rescue."

On April 6, 1944, Alfréd Wetzler and Walter Rosenberg (later Rudolf Vrba) succeeded in doing something that until then had been unimaginable. Not only were they the first ones who survived an escape from Auschwitz but their testimony, known as the Wetzler-Vrba Report, or the Auschwitz Protocols, gave a detailed description of the methodology of mass murder in the gas chambers in Auschwitz, the history of events that had taken place in Auschwitz since April 1942 and the camp's layout.

At the end of April 1944 their 32-page report was handed to representatives of the International Red Cross and leading representatives of the Jewish community in Hungary. By June 1944 it reached the Vatican and Allied governments. Nevertheless, no action was taken for a further six months and deportations to concentration camps were allowed to continue. The reason for the long hesitation on the part of the Allies was that they simply did not believe the report.

On November 1, 1944, the Wetzler-Vrba report and the testimonies of Arnošt Rosin and Czieslaw Mordowitz, two inmates who later managed to escape from Auschwitz, were published in the US. Only then were the doubts dispelled and world leaders began to realise that the horrors described in the report were really happening.

On December 7, 1944, the British Foreign Secretary made a speech in the House of Commons based on the Wetzler-Vrba report in which he said that a million Hungarian Jews were being exterminated in Auschwitz at that very moment. The Allies finally called for a halt in deportations and an estimated 600,000 out of the 1,000,000 Hungarian Jews were saved. The components of the original Vrba-Wetzler report are now kept in the F. D. Roosevelt Library in New York, the Vatican archives and the Yad Vashem Museum in Jerusalem.

Wetzler and Vrba worked as record keepers, which gave them the freedom to move around the camp. They found out that piles of wood meant for building new prisoner barracks were being kept in an unguarded area near the barbed wire fence. Vrba and Wetzler hid under the wood which their fellow inmates doused in petrol and tobacco to prevent the guard dogs from sniffing them out. There they stayed, without moving, for three days and nights, until the search alert was called off. Only then did they crawl out of their hiding place. They crossed the Slovak-Polish border and continued walking at night, hiding in bushes during the day. After three weeks they reached Žilina, where friends supplied them with Aryan papers, documents that would prove that the bearer was not Jewish. Wetzler assumed the identity of a Jozef Lánik and Walter Rosenberg became Rudolf Vrba. While the former only used his assumed name as a pen name, Rosenberg kept the name Rudolf Vrba until the end of his life.