PM: Tunnel is world's most expensive

SCOTTISH F1 racer David Coulthard became the first person to drive through what Slovak Prime Minister Robert Fico described as the most expensive tunnel in the world, considering its length and the time required to build it. 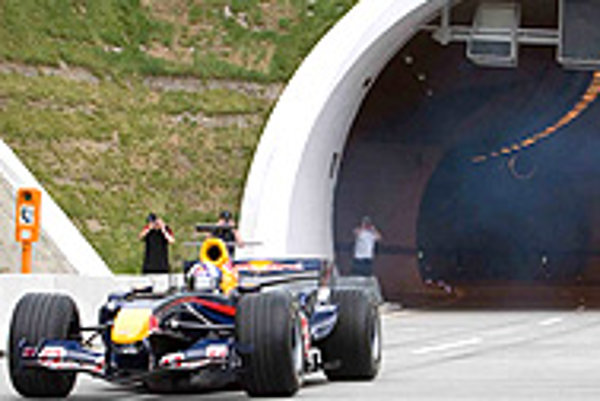 Font size:A-|A+0
SCOTTISH F1 racer David Coulthard became the first person to drive through what Slovak Prime Minister Robert Fico described as the most expensive tunnel in the world, considering its length and the time required to build it.

Coulthard's ride through Slovakia's first two-tube tunnel on June 23 started at the northern end of the tunnel, passed via Lafranconi bridge along the right bank of the Danube, then onto Einsteinova Street and finally ended at Prístavný Bridge. But not even Coulthard's dramatic ride could make anyone forget the money Slovakia has had to pay for the tunnel.

The Sitina Tunnel, as it is known, was originally projected to cost Sk3.5 billion (€103.9 million). But this figure climbed by Sk1 billion (€29.7 million) during the construction and the final completion work might add an additional Sk500 million (€14.8 million) to the final bill.

"We are building expensively and slowly," said the prime minister, who, along with Speaker of Parliament Pavol Paška, formally opened the tunnel on June 23.

Responding to comments on the tunnel's high costs, Marcel Jánošík, spokesperson for the national highway management company Národná Diaľničná Spoločnosť, said that the costs cover the whole motorway section, which also includes a two-kilometre section leading into and out of the tunnel.

"Sitina Tunnel has exceeded our expectations," spokesperson of the Bratislava city council Eva Chudinová told The Slovak Spectator after the tunnel's first four days of use. "It was expected that the tunnel would reduce traffic in the affected area by 50 percent, but it seems that the reduction is even higher. The tunnel is really a significant contribution." Drivers arriving in Bratislava from the west often used side roads in Karlova Ves and Devín to avoid traffic jams at the Patrónka cross-road.

However, the tunnel only solves the problem for the moment," said Chudinová, referring to the increasing number of cars in Bratislava. There are now 240,000 cars registered in Bratislava and the number is likely to increase.

To ease the traffic in the capital, the city council is working on a plan to encourage Bratislava drivers to use public transport. A plan to build a "fast tram" linking the Petržalka suburb with the centre should help.

But what will really help Bratislava will be the so-called zero circle, a highway bypassing Bratislava, which will also include a sixth bridge over the Danube river that will be built near the Slovnaft oil refinery.

"Similar to the Sitina Tunnel, it will be a state investment because the city does not have enough money for such large projects," said Chudinová.

The new 1.44-kilometre tunnel, which should speed up the transit through Bratislava and greatly ease traffic in Patrónka, Karlova Ves and Devín, is part of the D2 motorway. It is expected to handle 20,000 vehicles a day.

The 80-kilometre-long D2 motorway links the Czech-Slovak border crossing in Kúty with Bratislava's Rusovce border crossing between Slovakia and Hungary. The Sitina Tunnel also completes the construction of the first highway bypass all the way through Bratislava.