SLOVAK police and the district prosecutor made mistakes in their investigation of the alleged attack on ethnic Hungarian student Hedviga Malinová, Prosecutor General Dobroslav Trnka said, so he has ordered a special team to investigate the controversial case. 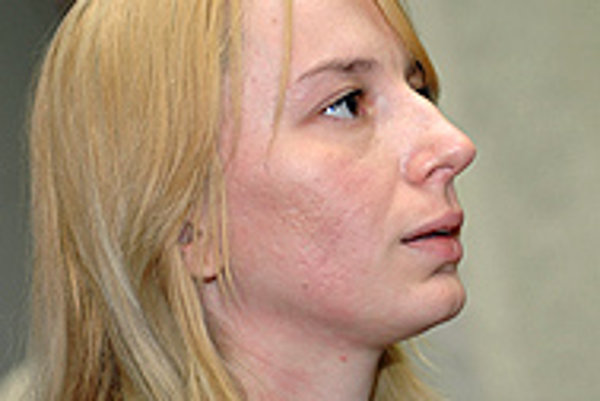 Font size:A-|A+
SLOVAK police and the district prosecutor made mistakes in their investigation of the alleged attack on ethnic Hungarian student Hedviga Malinová, Prosecutor General Dobroslav Trnka said, so he has ordered a special team to investigate the controversial case.

"Police, as well as the prosecutor, made a mistake," Trnka told the private Radio Viva on September 13. "But we will set it right."

Trnka said at the time that he could not be more specific. Then on September 23, he told the TA3 TV news channel that some evidence in the Malinová case has been lost forever because of procedural errors by the police.

Investigators and prosecutors were not able to remain personally detached from the case and be unbiased, he said. But so far, he has not planned to discipline anyone.

"Maybe they were not able to detach themselves a bit and be professional, and I would be glad if they learned that in the future," Trnka said.

The special investigative team will be led by the head of the criminal department of the Prosecutor General's Office, Tibor Šumichrast. It will examine whether Malinová was assaulted, as she claimed, and whether she lied to police.

In late August 2006, Malinová told police that she was assaulted in the Nitra town park by two skinheads on her way to school after she was speaking Hungarian. On September 11, 2006, police stopped the investigation, stating the crime never happened and Malinová fabricated the whole thing. She was then charged with providing a false statement to police.

"No one has the right to learn anything from our citizens' lives," he told TA3. "If these people mentioned by the prosecutor general have disappointed him as professionals, then such things should never happen again.

"I think it is necessary to say precisely who, when, and in what way breached the law."

According to Jaroslav Ivor, the former head police investigator and the current dean of the legal school of the private Bratislava Legal College, the gravest mistakes were caused by the fact that the police wanted to wrap up the case as soon as possible.

"I do not want to speak for investigators or prosecutors, but the truth is that there was an element there that brought an ethnic incentive, which in turn brought political pressure," he continued. "Maybe the investigator or the prosecutor yielded to this pressure, although this should not have happened."

He told The Slovak Spectator that the investigation had other flaws.

"For example, some important procedural steps were not taken, such as reconstruction of the crime, or examining the testimony of the injured party at the crime scene," he said.

He added that investigations like these must make professionalism their first priority, and all other things must be secondary. If this investigation been more professional, there wouldn't have been such a big public discussion concerning the alleged attack on Malinová, nor would politicians have been so interested in the case, Ivor said.

"It need not have come to such vast discussions on whether the crime was committed or not," he said. "Had it been investigated properly, the case clearly would not necessarily have sparked such a political conflict."

In criminal investigations, the more time that passes after a crime is committed, the harder it becomes to investigate, as many things cannot be reconstructed and pieces of evidence are lost irretrievably, Ivor said.

According to the Aliancia Fair Play non-governmental organisation, the Malinová case is important because it represents whether the prosecution bodies did their jobs properly and fulfilled their duties:

"To us, the case of Hedviga Malinová seems especially serious, as it influences not just the image of Slovakia abroad, but also the political and social atmosphere here, and it interferes distinctly in the public discussion."

Slovak police are not considering the prosecutor general's unspecific statements to be a criticism against them.

"So far, nobody has specified the flaws in the investigation," police spokesman Martin Korch told The Slovak Spectator. "It is crucial that the existing results of the investigation have not been questioned by anyone."

Korch said the prosecutor general was within his legal right to create an investigative team. He added that three police officers are members of this team.

But Trnka refused to specify the names of the investigative team's members, explaining that he just ordered the team's creation but he was not its head.

He said the new team did not include the original investigator or the original prosecutor, but he did not say why.

"I am not in the head of this team," Trnka told TA3. "It is Dr. Šumichrast, and anyone who leads such a team chooses his own people for the team. If he decided not to include this investigator on this team, he is absolutely authorised to do so, and I have no reason whatsoever to overturn his decision."

Deputy Prosecutor General Ctibor Košťál was not more specific, either.

"On the team, there are two prosecutors, two investigators, and one operational employee of the Interior Ministry," he told the Aktualne.sk news website on September 24. "One of the prosecutors will also work as the supervising prosecutor."

"We have to know who these investigators are, and who will work on the investigating team," he said.

"We also need to know who these prosecutors are, and how the prosecutor's supervision over the preparatory actions will be done."

Trnka refused to tell TA3 how long the investigating team will work, saying work done in a hurry is never of good quality.

"There will be a term of two months for making at least 70 procedural steps, according to the investigation agenda," he said.

"I appreciated the attitude of the prosecutor general," he said. "It is still possible to save the whole case, but I remind everyone that it could have been done a long time ago. I do not understand why this is happening so late."

What happened to Malinová?

Ethnic Hungarian student Hedviga Malinová told police that on the morning of August 25, 2006, she was assaulted in the Nitra town park by two skinheads on her way to school. She claimed she was brutally beaten up and her blouse was covered with anti-Hungarian slogans.

On September 11, 2006, police stopped the investigation and said Malinová had never been assaulted.

After Interior Minister Robert Kaliňák told journalists at a press conference why investigators came to this conclusion, Eugen Korda, then a reporter at the public STV channel, compared the investigation file with the minister's statements. He came to the conclusion that several of the Interior Minister's arguments were based on statements that never appeared in the file. Korda also said Kaliňák claimed also things that contradicted the contents of the file.

The investigation file also included medical reports from a Nitra traumatologist identified as J.L., and a surgeon from Dunajská Streda identified as E.M., which said Malinová was really beaten up by someone. The reports documented that Malinová suffered various injuries: a concussion and contusions to the left cheek and jawbone, nose, ears and both thighs. Former head police investigator Jozef Šátek said as early as last autumn that he thought police made 20 serious errors in investigating the Malinová case, which provoke suspicions as to whether the investigating bodies misused their authority as public officials.

"These facts indicate clearly that the whole process of collecting evidence has been directed from the beginning towards supporting the version with the assault being orchestrated by the injured, and the second version about how the crime was committed was not documented at all, or only marginally," Šátek told The Slovak Spectator. "This proves that the investigator was prejudiced against the injured person, and he did not proceed in an unbiased way."

"I still think police made a whole series of lapses," he told The Slovak Spectator. "They conducted the whole thing very sloppily. The whole trial, which was directed during the investigation, just served to convict Malinová of lying. They aimed for no other thing."