THE RULING coalition trio has experienced its deepest crisis so far, but political analysts say it is not likely to fall apart under the strain.
Smer leader and Prime Minister Robert Fico and the boss of the Movement for a Democratic Slovakia (HZDS), Vladimír Mečiar, have been using the media to throw barbed comments at each other. 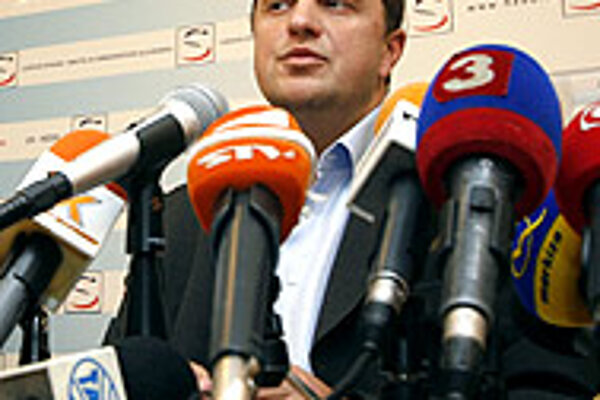 Font size:A-|A+0
THE RULING coalition trio has experienced its deepest crisis so far, but political analysts say it is not likely to fall apart under the strain.

Smer leader and Prime Minister Robert Fico and the boss of the Movement for a Democratic Slovakia (HZDS), Vladimír Mečiar, have been using the media to throw barbed comments at each other.

Meanwhile, the third coalition partner, the Slovak National Party (SNS), has called for steps to keep the coalition intact.

Land plots covering more than one million square metres and worth about Sk1.5 billion (€45.4 million), situated in the lucrative High Tatras area, were sold for Sk13 million to GVM, a company allegedly close to Mečiar, the Sme daily reported.

Bríza, an HZDS nominee, cultivated the deal and signed the contract that transferred the land back to the former owners under the restitution law, and the owner promptly sold the land to the company.

GVM co-owner Milan Bališ has been seen in public with Mečiar, according to Sme.

The immediate reaction of the HZDS was to protect its nominees and deny any wrongdoing.

Fico called the transfers "incompatible with the policies that Smer is pushing for within the ruling coalition."

Mečiar responded by saying that Fico's statements are half-truths that are intentionally harming the ruling coalition.

Meanwhile, Bríza announced on November 15 that he would ask Jureňa to recall him from his post. Bríza said he freely chose to resign and that Mečiar did not force him to do so.

He also said he does not want to become a "tool of a political fight," SITA wrote.

Political scientist Grigorij Mesežnikov said he does not think the ruling coalition will fall apart.

"Under certain circumstances it could, but it is all very unlikely," Mesežnikov, the director of the Institute for Public Affairs, told The Slovak Spectator. "Certainly the words were quite strong and the partners have already started playing the cards of the collapse of the coalition or the eventual early elections, but I really think those were only strong words that in the end will remain a verbal fight."

Smer responded strongly to the land transfer scandal because it does not want to lose face with its voters, Mesežnikov said.

"Even if Smer is not directly involved in the case, it could take at least some of the blame for accepting such behaviour," Mesežnikov told the Spectator. "Fico now wants to minimise the impact of the scandal on Smer's popularity."

SNS leader Ján Slota announced on November 15 that the ruling coalition council will discuss the case in detail at its next session on November 19.

Mečiar feels that he made a mistake, Slota told SITA after meeting the HZDS boss.

Slota also has his own theory about the coalition crisis: the opposition, the Hungarian Coalition Party and people outside of Slovakia borders are rejoicing that there is a coalition crisis, he said.

The SNS could hardly play a balancing role, and it would most certainly back Smer in an open conflict between Fico's party and the HZDS, Mesežnikov said.

"So far in most cases, the SNS has leaned towards Smer," he said. "There is a very unique relationship between them, and the SNS has a certain obligation towards Smer for its continuing alliance with them, despite pressures from the Party of European Socialists. In return, the SNS supports Smer in such situations."

What kind of glue holds the ruling coalition together?

"Mostly it is power, and all the related advantages of being a co-ruling party, even in a material sense," said Mesežnikov. "This recent incident proves this."

Meanwhile, the opposition has also joined the land transfer debate by demanding the head of the agriculture minister.

Slovak Democratic and Christian Union (SDKÚ) chair Mikuláš Dzurinda said Jureňa was responsible for the operation of the Slovak Land Fund and he should be held accountable for the dubious land transfers, SITA wrote.