Tesla, the inventor whose legacy lives on

TESLA - The Man Who Lit up the World is the name of an exhibition that opened at the Slovak National Museum (SNM) on November 7.
It explores the life and inventions of Nikola Tesla (1856-1943), who is often called "the man who invented the 20th century". 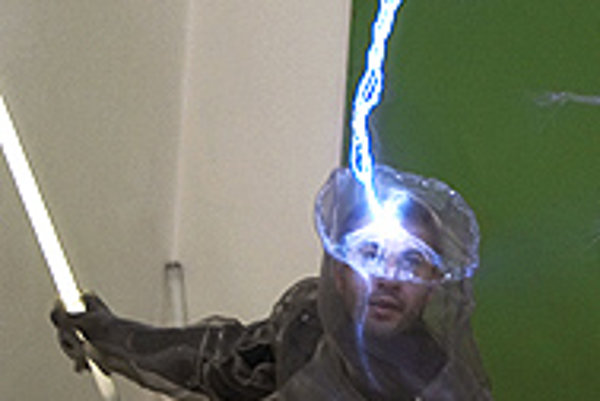 Font size:A-|A+
TESLA - The Man Who Lit up the World is the name of an exhibition that opened at the Slovak National Museum (SNM) on November 7.

It explores the life and inventions of Nikola Tesla (1856-1943), who is often called "the man who invented the 20th century". His revolutionary contributions to electricity and magnetism in the late 19th and early 20th centuries formed the basis for alternating current electric power (AC) systems, which are used today in telephones, neon tubes, radios, lightning conductors, and many other devices.

The SNM prepared this unique exhibition in cooperation with Croatian historical and technical museums as well as the Slovak Technical Museum in Košice. The aim was to give a comprehensive overview of Tesla's inventions and patents without being too technical.

"It presents Tesla's life from his native Smiljan (Croatia) to his time in the United States," exhibition curator Matean Brstilo Rešerat said at the exhibit's opening.

The opening began with an electricity show, in which a man in a special metal suit played with flashes up to 2 million volts of electricity produced by a Tesla-designed generator.

But even those who missed the show were able to see some astonishing flashes, as the exhibit has many other "toys" on display.

The interactive exhibits include a transformer, a 700,000-volt generator, and an induction motor that makes a copper egg stand on its end.

More courageous visitors can step inside a cage that shields you from bolts of electricity produced by a nearby generator.

There are also three films about Tesla's birth home and the opening of the Niagara Fall electricity generating system, which he built.

The exhibition was created last year in Croatia to mark the 150th anniversary of Tesla's birth.

The SNM extended it with exhibits from the Slovak Technical Museum in Košice.

The exhibition at the Slovak National Museum at Vajanského Nábrežie 2 is open daily except Monday from 9:00 to 17:00 until January 31.