One of the top three Slovak trading companies began bankruptcy proceedings at the end of May 1998, amid allegations from clients of bad management. The move by the chemical import-export firm Petrimex a.s. came after big losses recorded in 1997.
Once upon a time, Petrimex was a pillar of trading strength for communist-run companies, finding markets and making deals for Slovakia's stalwart chemical giants. After the wall came down and state enterprises became privately owned, the trading company continued to function as a deal broker remarkably well for eight years, funnelling billions of crowns in trade to and from its customers and taking a healthy cut of the proceeds. 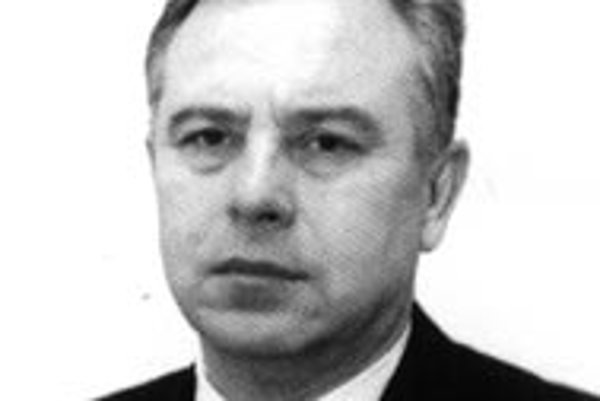 Font size:A-|A+  Comments disabled
One of the top three Slovak trading companies began bankruptcy proceedings at the end of May 1998, amid allegations from clients of bad management. The move by the chemical import-export firm Petrimex a.s. came after big losses recorded in 1997.

Once upon a time, Petrimex was a pillar of trading strength for communist-run companies, finding markets and making deals for Slovakia's stalwart chemical giants. After the wall came down and state enterprises became privately owned, the trading company continued to function as a deal broker remarkably well for eight years, funnelling billions of crowns in trade to and from its customers and taking a healthy cut of the proceeds.

Given its strong history, the company's fall from grace is astonishing. In 1996, Petrimex had an operating profit of 119 million Sk ($3.5 million), but in 1997 it lost 230 million Sk ($6.7 million). Petrimex's largest customers included the massive oil refinery Slovnaft and chemical producers Istrochem, Duslo Šaľa and Novácke Chemické Závody. These companies combined for 76% of Petrimex's import business and 86% of exports in 1995.

But by the end of 1997, all of these companies had stopped trading through Petrimex because they had lost faith in the company's management. To make matters worse, Petrimex was also unable to pay some of its largest customers (including Slovnaft, which owns a 33% stake in Petrimex, and Novácke Chemické Závody).

Collapse of a giant

In the end, the company couldn't shed its old socialist habits. "In my opinion, Petrimex's fall was a long process," said Vladimír Kán, head of the Petrimex bankruptcy committee appointed by Bratislava regional court. "It started after the revolution, when people started working for themselves, using contacts they had [made through Petrimex] for their own companies and their own profit. With that old socialist way of doing business, it was very hard to keep tabs on everything everyone was doing."

A source close to Petrimex's former management, who requested anonymity, elaborated further on actions taken by some individuals in Petrimex's management. "Individuals would create their own company abroad, and then a Petrimex daughter company [an oil importer in Budapest, for example] would sell goods to this new company for the standard commission," said the source. "This new company would then turn around and sell the same goods for a higher commission to Petrimex itself."

These covert dealings, the source said, went as far back as 1993, but became more overt in 1995 over the handling of a Petrimex daughter company in the Czech Republic, Agrofert, a.s.

Kán, the man heading up Petrimex's bankruptcy case for the courts, confirmed that Agrofert was a good example of the type of management decisions that led to the eventual downfall of Petrimex. "There were deals that were wrong," he said. "People started to leave the company and start their own businesses, to the detriment of Petrimex. A good example of this is Agrofert a.s."

In 1993, under general director Anton Rakický, Agrofert was established in the Czech Republic as a 100% daughter company of Petrimex. But in February 1995, a capital increase resulting in a change in Agrofert's ownership structure took place. "Petrimex was left with 25% of Agrofert, and 75% wound up in the hands of Rakický and Andrej Babiš, the former [Petrimex] trade director under Rakický," said the source, who was close to Petrimex's former management. Both Rakický and Babiš were fired in April, 1995.

Hatina said that Petrimex had been excluded from the decision to increase Agrofert's capital, and that the Agrofert move had been "a decision for one side."

Babiš, presently the general director of Agrofert, said that what had happened with Agrofert had been a necessary thing. "Petrimex was not willing to finance Agrofert and to support it any more," he said. "So the sale [of Agrofert] happened by raising its equity, and Petrimex was left with 25%." Agrofert eventually acquired Petrimex's stake through partner companies. Babiš denied that he and Rakický had been fired because of Agrofert. "I don't know why Rakický, Trenčianska [present general director of Petrimex] and I were fired," he said. Rakický was unavailable for comment.

Not the right leader

If the confidence of Petrimex shareholders was shaken in 1995, new management under general director Marián Mojžiš did nothing to restore the lost faith. Hatina said that the company's problems reached the level of crisis in the summer of 1997. "Our losses with Petrimex mounted enormously in the summer months, and we decided it was time to make a decision," he said. "At first the vice-director of the economy department was fired, and then later general director Mojžiš," he recalled.

Other big companies stopped doing business with Petrimex around the same time. Duslo Šaľa, a.s. abandoned Petrimex in June 1997, while Istrochem stopped trading through Petrimex that summer as well. "We decided not to use their services anymore," said Igor Pieš, Istrochem's trade director. "It was a strategic decision for us, and quite a logical one. If Petrimex's turnover drops from billions of crowns to none, there are problems."

"That [arrangement] lasted only for the last quarter of 1997, but we still lost 16 million Sk ($470,000)," said Ján Kostka, Novácke Chemické Závody's general director. Kostka explained that the loss had arisen from Petrimex's inability to repay its debts.

After Mojžiš was forced to leave his position at Petrimex in December 1997, he was appointed by the Slovak government as its advisor on trade with Russia. Mojžiš resigned from this position on May 27, 1998, due to health reasons. When The Slovak Spectator tried to reach him for this story, his secretary at the Ministry of Economy said that he was on holiday, and was probably outside the country.

The blame for Petrimex's demise has been pinned firmly on Mojžiš. "The bankruptcy was caused by poor management, and most likely by Mojžiš himself," said Kán.

Petrimex's detractors speculated that if changes in management had happened sooner, the company's problems might have been avoided. "If we had left earlier, maybe the company would have been forced to restructure earlier," said Hatina. But the supervisory board had acted too late to save the already bankrupt company. "Things happened, we knew about them," said Hatina. "Even though we [Slovnaft] were the biggest minority shareholder with 33%, we still had only one vote on the Supervisory Board. Even if you know what is happening, there has to be a consensus to pass a decision."

Compiled from Petrimex records. All figures in Slovak crowns.