ROMA married to non-Roma. How many such mixed couples are there in Slovakia, where prejudice against the Roma minority is a fact of everyday life? Some say they were more common during communism, when racism wasn't so open. But those in mixed relationships say their domestic arrangement is not as unusual as many Slovaks believe.
According to estimates, there are between 350,000 and 400,000 Roma in Slovakia, many of whom live in undeveloped settlements in the east of Slovakia. Only 87,000, however, registered themselves as Roma in the latest census. With such a discrepancy in numbers, statistics of mixed relationships in Slovakia are impossible to come by.
Yet mixed couples exist in Slovakia. While cultural clashes between Roma and ethnic Slovaks are well documented in the country, Roma and non-Roma partnerships thrive on a personal level, often challenging deeply rooted prejudice and stereotypes. 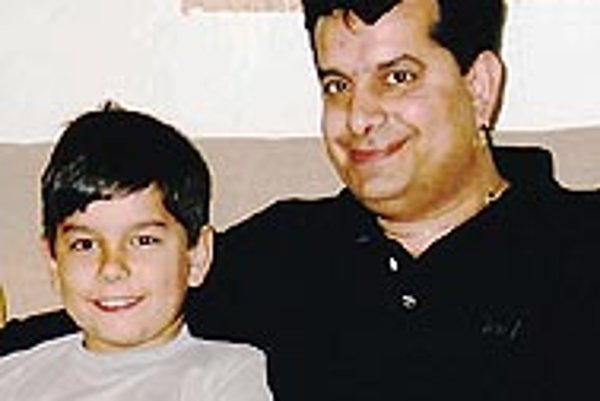 Font size:A-|A+
ROMA married to non-Roma. How many such mixed couples are there in Slovakia, where prejudice against the Roma minority is a fact of everyday life? Some say they were more common during communism, when racism wasn't so open. But those in mixed relationships say their domestic arrangement is not as unusual as many Slovaks believe.

According to estimates, there are between 350,000 and 400,000 Roma in Slovakia, many of whom live in undeveloped settlements in the east of Slovakia. Only 87,000, however, registered themselves as Roma in the latest census. With such a discrepancy in numbers, statistics of mixed relationships in Slovakia are impossible to come by.

Yet mixed couples exist in Slovakia. While cultural clashes between Roma and ethnic Slovaks are well documented in the country, Roma and non-Roma partnerships thrive on a personal level, often challenging deeply rooted prejudice and stereotypes.

The Slovak Spectator spoke to two such couples in the eastern city of Košice. Their stories reflect the complexity of the current situation of the Roma in Slovakia.

Terézia, 36, (non-Roma) is married to Rinaldo Bunda, 37, (Roma). Having been together since high school, they have three children and live in a suburb of Košice. Rinaldo has worked many years as a taxi driver and Terézia is an accountant. They say the biggest obstacle to their marriage was the attitude of their families, particularly the mothers.

"My mother simply didn't agree with our relationship," Terézia says. "She comes from a village where people are very prejudiced. I lost contact with her for some time, but when our daughters were born we worked it all out".

"She was worried that I would turn into an alcoholic," Rinaldo says bluntly.

Negative attitudes were, however, on both sides. Although most of Rinaldo's cousins and several of his brothers have non-Roma wives, his mother was against his choice of partner. Rinaldo explains this attitude by citing the difference in cultures.

"Roma marriages don't break up as often as [ethnic] Slovak ones," he says. " For the Roma, when you marry it's for good, and a break up of marriage is a tragedy. This was my mother's main worry. But my mother didn't oppose Terézia as much as her mother opposed me. Now, she wouldn't exchange her for any other woman," he adds.

Branislav Nagy-Veis, 32 (non-Roma) used to work as an industrial carpenter and met his wife-to-be through work. Matilda, 35, is a seamstress who is Wallachian Roma. They are both Jehova's Witnesses and live in Košice with their three children. Even though Matilda's father is Hungarian and non-Roma, her family, particularly her mother, was not pleased with the match.

"The problems were resolved, but it took a few years," says Matilda. "In the beginning it was hard. But it helped that we had our own flat already, so we were away from our parents and we could live our life the way we wanted," she says.

"Matilda belongs to the Olah [Wallachian] Roma group," Branislav explains. "They generally feel superior to 'ordinary' Roma, and have their own custom of more-or-less arranged marriages. My wife made it clear that she didn't want to marry that way. She wanted to decide her own life and choose her partner herself."

Both couples agree that since Roma culture is patriarchal by tradition and parental approval is still important in marriage, it is usually more difficult for Roma women to make their own decisions than for Roma men.

"If a white man comes into a Roma family, the brothers usually rebel a lot," says Rinaldo. "The white man really has to convince them. Otherwise they will do everything to stop the relationship. But for a Roma man, it is less of a problem to have a white wife. That's the difference. These customs are becoming weaker but they are still there."

The fact that Branislav and Matilda are Jehova's Witnesses plays a large role in their attitude towards racism. There are many mixed couples in their Jehova's Witness group. Branislav always socialised with Roma, and says that he found himself consciously looking for a Roma wife.

"I liked the way Roma women looked after their children," he says. "Shortly after I met my wife and got to know that she was Roma, there was a decision to be made: whether to stand up for what I wanted or to be influenced by what others think. But I stood up for my own thing. Our religion had a major influence. We try to live by what the Bible says."

Branislav's mother was so used to her son's many Roma friends that she didn't intervene at all in his choice of wife.

"But maybe, deep down, she was relieved when she saw that I wasn't that dark-skinned," says Matilda. "That way she doesn't have to explain to people, or feel ashamed of me, because everyone takes me for a white woman."

Sneering comments from other Roma have been as common as from non-Roma, although different in character. Rinaldo recalls the remarks of some Roma women he overheard in a bus. They said, "Look at that Roma. He has a higher standard of living and then, of course, he has a white woman. Now we Roma women are not good enough any more."

When the Bunda couple were moving into their block of flats, one neighbour wanted to move out when he heard that a Roma was moving in. In the end, he didn't, and he became good friends with Rinaldo.

"When I look back, I never really had any problems with people here. I get on very well with my neighbours, policemen, lawyers. They would never do me any harm," Rinaldo says.

Both couples say their children are aware of their Romany ancestry, although neither of them lead their children towards the Roma culture or language particularly. Nevertheless, the children love Romany music. Terézia and Rinaldo's nine-year-old son plays the violin, and his parents hope he will continue in the musical tradition of the Bunda family.

Differences in culture and mentality have proved to be mutually enriching for the couples.

"When I was still single and visited my wife's parents, they didn't just serve coffee. They gave me a full meal. They always make an effort to do something more, to give you everything they have. This is more than we non-Roma are used to."

Matilda agrees: "Even though they didn't want him in the family at the time, the hospitality and generosity was still there. Anyone who visits is greeted and taken care of."

The couples see a great sense of humour as another Roma virtue.

"Sometimes I have more fun with Roma," says Terézia. "They are simply more fun to be with. They can make jokes about everything and laugh about it for hours."

Her husband, Rinaldo, agrees: "Yes, I think generally we have more humour, and we know how to entertain better than [ethnic] Slovaks. And we're louder."

"We whites can have fun too, but maybe there is more satire and more cynicism," Branislav says. "Maybe we don't relax as easily. We're ashamed to sing out loud, for example. We control ourselves too much sometimes," he reflects.

"But it's upbringing also," Matilda adds. "For a Roma, it doesn't matter where he sings, whether he's outside or inside. The main thing is that he's in a good mood. A non-Roma allows himself to relax that way maybe only in an organised setting, at parties, and so on."

But for most people in Slovak society, the word "Roma" often equals "problem", something Terézia and Rinaldo are keenly aware of. Rinaldo is no stranger to personal discrimination.

"In the past I have arrived at a restaurant and the waiter hasn't come over. Then he has asked me to leave, for example at the Slovan Hotel here in Košice," he says. "Imagine what that feels like. And I think that sometimes I'm better behaved than non-Roma".

At the same time, Rinaldo is not afraid to criticise his own, or point out common prejudices Roma have towards gadžovia (non-Roma).

"The received wisdom among Roma is often that [ethnic] Slovaks are cold," he says. "They like to think that Roma have bigger hearts than Slovaks, which is not true. I can say this, living with a non-Roma wife. If Slovaks didn't have hearts, the situation of the Roma would be much worse than it is."

Rinaldo talks about problems like drug-abuse and alcoholism at Vodnárenska ulica, a Roma settlement in Košice.

"It's inexcusable what the Roma do there," he says. "Small children are sniffing glue. Where are their parents? I shouldn't say this because it's negative stuff about the Roma, but I can't say that it's not true, although I'm very sad that it is."

"A friend asks me, 'Why can't these people live like you?' What should I tell him? I wonder this too. The eyes see what they see. I have been sad about this so many times. In fact, sometimes I am almost ashamed of the fact that I'm Roma."

Fighting prejudice has become a constant reality in both couples' lives. Branislav recalls colleagues at work expressing their negative opinions about social benefits for the Roma.

"One colleague of mine said, 'I would shoot every one of them'. And they know my wife. 'All of them?' I said. 'Well, why don't you start with my wife?' And then he realised what he had said and added, 'Not every one of them'. And I said, 'But that's what you said, so make a difference between criminals and ordinary people. There are many white criminals. If you want to make a racial distinction, white people have hurt other races most during history.' I try to explain this to people but usually prejudice wins over reason."