Johnny Depp: The pirate of Hollywood

DIRECTOR Gore Verbinski has followed up the surprising box office success of his overrated The Ring with this, one of the summer's highest grossing Hollywood films. This is not to say that The Ring is a terrible film; it's just that its horror relies far too heavily on that time-honoured Hollywood tradition of showing the endangered heroine running and screaming from her attacker. 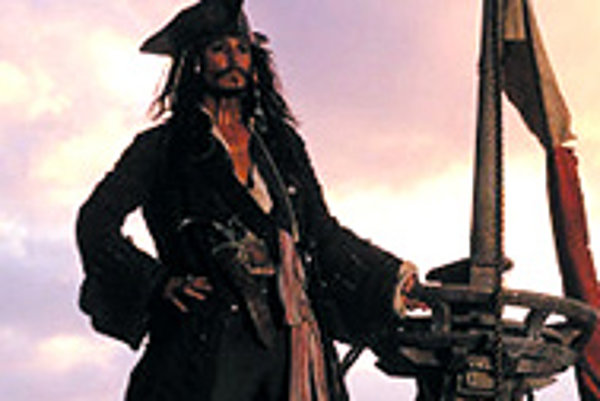 DIRECTOR Gore Verbinski has followed up the surprising box office success of his overrated The Ring with this, one of the summer's highest grossing Hollywood films. This is not to say that The Ring is a terrible film; it's just that its horror relies far too heavily on that time-honoured Hollywood tradition of showing the endangered heroine running and screaming from her attacker. Pirates of the Caribbean also has its scenes of the frightened, screaming heroine; fortunately, the film ultimately relies on something far more dynamic: Johnny Depp.

As the notorious pirate Captain Jack Sparrow, Depp certainly engages in swashbuckling sword fighting and rope swinging, but he does so with a sort of acid-casualty, or (perhaps rum-induced) madness and irreverence most similar to his role as gonzo journalist Hunter S. Thompson in Fear and Loathing in Las Vegas. This is not to say the role feels rehashed; rather, it seems to suggest, whether coincidentally or not, that the role was created for Depp.

Having worked in Hollywood for 20 years, Depp has managed to accomplish what eludes most performers: He can draw in mainstream viewers, and simultaneously remain a favourite of independent audiences and filmmakers. Yet, through all this, mainstream films included, he has maintained his offbeat essence. Though not all his films work (see Blow and From Hell), he is always a joy to watch, and has matured into one of the finest, most distinctive actors of his generation. For every slight mainstream misstep, there is an Edward Scissorhands or a What's Eating Gilbert Grape - popular, yet unconventional films that required no artistic compromise on Depp's part.

Despite this, the prospect of Depp starring in an action/comedy produced by Jerry Bruckheimer, the man responsible for such recent abominations as Pearl Harbor and Gone in 60 Seconds, was a bit worrisome. It's no secret that Depp is a brilliant comic actor (Tim Burton's Ed Wood is perhaps the best evidence of this), and can be effective as a sort of brooding in-action hero (Jim Jarmusch's Dead Man and Roman Polanski's The Ninth Gate). But would a producer as conventional, as capable of the so utterly boring and uninspired as Bruckheimer, force Depp to tone down the idiosyncrasies that make him so wonderful? Fortunately, the answer is no.

Of course, without Depp, the film would crumble. The two parties of the central love story, played by Keira Knightly and Orlando Bloom, are pretty and inoffensive, but, particularly in the case of Bloom, rather dull. Fortunately, they don't need to carry the film: Johnny Depp, with a bit of help from Geoffrey Rush, does that beautifully.