"WE ARE simply not ready for integration," said sociologist Iveta Radičová. This statement seemed to ring true for many of the participants at the Assessment of Marginality and Integration Among Disadvantaged Groups conference held at the Faculty of Philosophy at Prešov University, in eastern Slovakia, between September 25 and 27.
Sociologists, anthropologists, pedagogues, and other scholars from Slovakia, the Czech Republic, and Canada gathered at the conference. 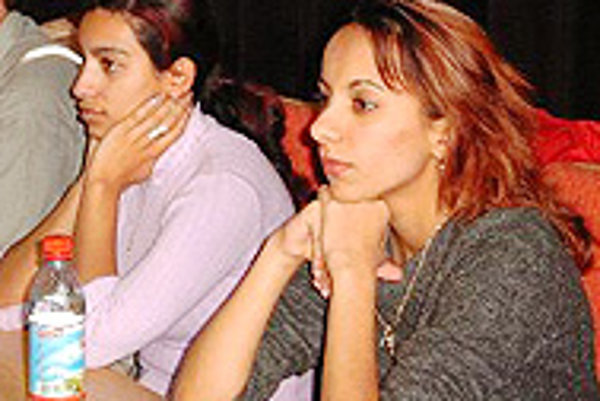 "WE ARE simply not ready for integration," said sociologist Iveta Radičová. This statement seemed to ring true for many of the participants at the Assessment of Marginality and Integration Among Disadvantaged Groups conference held at the Faculty of Philosophy at Prešov University, in eastern Slovakia, between September 25 and 27.

Sociologists, anthropologists, pedagogues, and other scholars from Slovakia, the Czech Republic, and Canada gathered at the conference. Topics for lectures ranged from the marginality of Inuit settlers in Labrador, Canada, to the conference's focal point: the problematic issues of the Roma in Slovakia. The third day of the conference was spent in the settlement of Svinia, where a Canadian-financed project has actively worked to improve the disastrous living conditions of the Roma. There have been successes as well as failures.

The initiator of "Project Svinia", professor David Scheffel, spoke about the failure of their main goal - to build flats for the Roma. After five years of intense cooperation with the municipal council in Svinia and the acquisition of 8 hectares of land with an EU grant, the new mayor rejected the project and ended all cooperation. The grant would have financed infrastructure not only in the settlement but also in the village.

"I'm very sad because I know that the situation there really is catastrophic and that it won't be resolved now," said Scheffel. "The municipality council says that it knows that the situation needs to be improved, but what exactly they are planning to do I don't know. They have no concepts. And now, because of this, Svinia is off the map. Who will do anything there now?"

Radičová highlighted other problems the Roma face. "Focusing only on the socio-economic situation of the Roma is not enough to improve their situation," she said. In her lecture, she stressed the fact that many Roma that are considered integrated are in fact assimilated. There is no social mobility within their own community. For a Roma to reach a high level of education and societal position, it often means giving up his or her native language and cultural identity.

Fedor Blaščák, another lecturer, delivered a more philosophical aspect of the topic of integration. "Integrating means listening," he said. "We often confuse integration with the offering of services. But building a school in a settlement does not change the relationships between the people. We have our own concepts and models that we want to apply to a living system. Are they really better than what this system can produce on its own? Integration means accepting what is different."

"I learn a lot from my Roma friends. And maybe they learn something too. But if I consciously wanted to imprint a sense of responsibility and guilt in them that they simply don't have, it just wouldn't work. We are sitting here, talking about what the future will bring. If there is anything the Roma can teach us, then it is to see what IS."

Cultural differences and the challenges that these can pose to a Roma child's education were dealt with in the lecture by Ladislav Hornák from the Department of Special Pedagogy at Prešov University. "For example, in tests, a Roma child may know the answer and yet does not write it," he said. "Non-Roma children are taught to compete. Many Roma children simply don't have this upbringing."

The conference was rounded off by Monika Duždová, a Roma. "I have no academic research behind me, but what you are talking about I experience every day," she said. "In this society, it really doesn't matter whether you are integrated or not. As long as you are Roma, you will not be integrated until you give up your own identity."

Marking the end of the conference, Alexander Mušinka posed an urgent question regarding the issues of cultural difference. "Whom should we listen to?" he asked. "The assimilated Roma or the non assimilated? Then there are the ones, like in Svinia, who say, 'we want to live like [non-Roma]'. What should the Roma nation look like?"