JUST DAYS after the Slovak Constitutional Court decided that fees for various health services were not at odds with the constitution, the Slovak parliament started to discuss six laws that are part of the country's major health reform.
The fees were introduced in June 2003 as the first step to curing the country's indebted health sector. 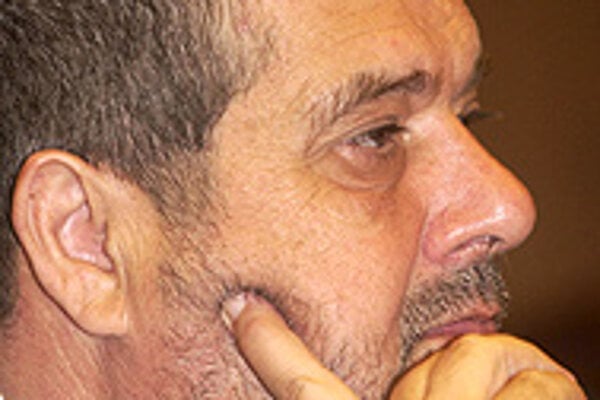 Font size:A-|A+0
JUST DAYS after the Slovak Constitutional Court decided that fees for various health services were not at odds with the constitution, the Slovak parliament started to discuss six laws that are part of the country's major health reform.

The fees were introduced in June 2003 as the first step to curing the country's indebted health sector. Since then, all patients except those in social distress have had to pay Sk20 (€0.5) per visit, Sk20 per drug prescription, and Sk50 (€1.24) a day for room and board in a hospital ward.

Patients and some doctors initially protested the fees. The opposition party Smer, the People's Union, and the Slovak Communist Party (KSS) decided to have the legality of the fees inspected by the Constitutional Court. They argued that the fees endangered some patients' access to health care.

When the court ruled on May 17 that the fees were not in conflict with the constitution, some observers said that the doors had been opened for the next part of Health Minister Rudolf Zajac's health reform.

"The [court] panel concluded that these fees do not endanger the essence of the elementary right to healthcare," said Ján Mazák, top justice with the Constitutional Court. He said that the panel of justices considered the fees rather low, and thus not a danger to people's access to care. Mazák also said that the respective law provides sufficient safeguards so that healthcare is available to all patients by introducing a large number of exemptions and discounts for people in financial distress.

Smer and the KSS admitted that they were disappointed by the court's ruling but they would respect it.

"I am disappointed [with the ruling]. With this decision the Constitutional Court has created space for the approval of all reform laws [prepared by] Minister Zajac," KSS member Michal Vajda said to the Slovak daily Pravda.

The minister and his team drafted a package of six laws that, among other aspects, will enable the transformation of Slovak hospitals into joint-stock companies, changes in health insurance, and changes in emergency services. The proposed legislation also includes the law on medical drugs and the law on the scope of healthcare. The Health Ministry is also planning to require patients to contribute some money for the treatment of certain diagnoses, the list of which they are still preparing.

"Payments covered by the patients will only be symbolic. A patient will pay nothing for the treatment of rare, serious, and thus expensive diseases such as cardiovascular diseases and cancer," Zajac said at a press conference on May 18.

At least 76 votes are needed for the passage of each law.

The ruling coalition currently has only 68 and so the support of the SF and other independent MPs is crucial for the success of the health reform.

According to the SF's chairwoman, Zuzana Martináková, the main reason the party is against the passage of the laws is that the ministry did not prepare any analysis of the impact the reform will have on citizens.

The opposition party Smer and the KSS have already said that they reject the reform Zajac has proposed.

However, an opportunity for the passage of the reform opened after Viliam Veteška, head of the opposition party Movement for a Democratic Slovakia (HZDS), admitted that his party might support the laws if certain changes were made.

In response to those words, Zajac noted that he was willing to discuss some aspects of the reform but would not accept changes that endanger their essence.

Armin Fidler, an expert from the World Bank, which provided a Sk2.6 billion (€64.7 million) loan to Slovakia in support of the health reform, encouraged the country to go ahead with the reform.

But the issue was especially sensitive in Slovakia.

As surveys have suggested, the health reform and the ongoing reform of the social system are the changes most feared by Slovaks.

"Perhaps people should be given more explanation of what they can gain from it [the reform] - relevant medical care and quality and modern practices," Fidler told the Slovak daily SME.