IN CONTINUATION of its series on foreign Slovaks, The Slovak Spectator looked at the Slovaks living in neighbouring Hungary. There we addressed Anna Istvánová, the director of the Čaba Organisation of Slovaks from Békešská Čaba (Békéscsaba), the capital of one of the Hungarian regions most densely populated by ethnic Slovaks.
The Slovak Spectator (TSS): How many ethnic Slovaks live on the territory of Hungary and where are they concentrated? 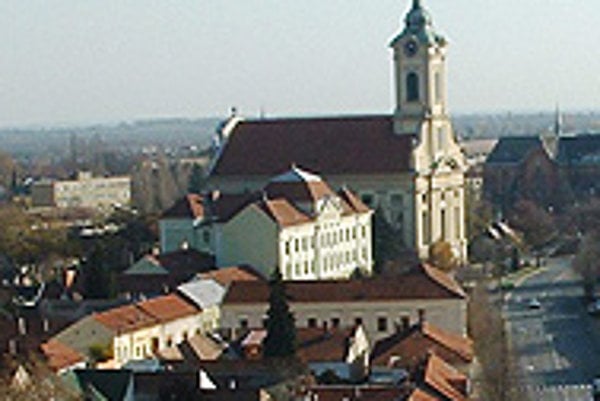 IN CONTINUATION of its series on foreign Slovaks, The Slovak Spectator looked at the Slovaks living in neighbouring Hungary. There we addressed Anna Istvánová, the director of the Čaba Organisation of Slovaks from Békešská Čaba (Békéscsaba), the capital of one of the Hungarian regions most densely populated by ethnic Slovaks.

The Slovak Spectator (TSS): How many ethnic Slovaks live on the territory of Hungary and where are they concentrated?

Anna Istvánová (AI): In Hungary, according to the latest census, approximately 17,000 people claim to be ethnic Slovaks. Unofficially, estimated numbers say there is about a 100,000-strong community. We live in a diaspora, scattered across the whole territory of Hungary. More than one-third of us live in the Békes region, in the southeast of Hungary.

The largest number of Slovaks in one location is in Slovenský Komlóš (Tóthkomlós) - a little town that is also in our region, and in Békešská Čaba as well. In the capital, Budapest, under the conditions of a large city, there is also a significant Slovak community.

TSS: What organisations shield Slovaks living in Hungary and what is the main focus of their activities?

AI: The life of Slovaks in Hungary is managed within a system of self-administration that was established on the basis of a bill on minorities after the elections in 1996. The central organisation is called the National Slovak Administration, and its centre is located in Budapest.

Apart from this system there are ex-patriate civic associations that keep watch over the language, culture, and traditions of Slovaks.

Our organisation is called the Čaba organisation of Slovaks (Čabianska organizácia Slovákov) and is based in the House of Slovak culture.

There is a small three-star hotel located at the house with 11 rooms and a Slovak restaurant. Its doors are open to everyone and it is popular even among the Americans.

Along with preserving our language and culture we want to make it possible for individuals to participate in social life by attending different classes, choruses, meetings, and festivals.

Our most important events, to which we invite everyone, include a festival of Čaba sausage (čabianská klobása), organised annually in October. It is a feast of European size and character. Last year 70,000 people attended. The Čaba sausage is prepared in the same way across the whole Lower Land (Dolná zem) [the area of the former Hungarian Monarchy south of current-day Slovakia].

In cooperation with the House of Foreign Slovaks in Bratislava, we Hungarian Slovaks, and the Slovaks living in Romania, Serbia and Montenegro, and Croatia are preparing for a joint pre-Christmas event called ETNO-GASTRO.

We want to make the values of Slovaks living in the Lower Land visible to the public and show not only our culinary delicacies, but also our cultural treasures.

Another culinary festival is called Čaba Halušky Days [after Slovakia's national dish, bryndzové halušky], which take place in May. Our halušky are not the same as those prepared in Slovakia.

AI: After 1989, the cooperation with Slovakia gained new muscles. Contacts were built at different levels, from the government to small folk groups.

During periods less favourable for Hungarian-Slovak contact, when high diplomacy was not very functional, we relied heavily on the people's diplomacy, which was more successful. This resulted in good cooperation and favourable contacts.

Slovakia gives its ex-patriates much less than Hungary does. Though we understand the limitations, we still expect more, especially in the areas of education and culture.

Money is not our first priority (though it is necessary), instead, we prefer a positive approach and changes to the perception of Slovaks in Hungary. We would be glad if Slovakia considered us its own people in our way, and appreciated the fact that after 300 years we are still able to communicate in Slovak.

The Slovak community in Hungary makes not only its own culture visible among the Hungarians, but the values of Slovakia as well, by inviting important people, theatre companies, exhibitions, and so on. We have done a lot in the interest of Slovakia and we try to do all that we can in this respect. And we are expecting assistance to be able to do it.

Our work in the interest of recording, preserving, collecting, and processing the values of our Lower Land culture is in fact not [only] to our benefit. At least we are of the opinion that our culture is an organic part of the Slovak national culture.

TSS: Is there any business cooperation between the Slovaks in Hungary and Slovakia?

AI: From the very beginning, the civic sphere has tried to help make contacts in the business sphere. There are well-tested forms and methods of cooperation.

Nowadays, business has no borders; it is not limited by anything. The one who speaks Slovak, or finds a co-worker who can speak this language will do better.

We have businessmen - Slovaks - who have been building their contacts with Slovakia for a long time and we know that businessmen who are ethnic Hungarians in Slovakia are running businesses in Hungary.

Joint ventures could also be helpful in increasing respect for the Slovak language within our community and, finally, it would be useful for young people, because they would be able to make money from it.

TSS: What is the position of the Slovak minority in Hungary? Do they have any political representation?

AI: Slovaks in Hungary have no parliamentary representation and most probably they would not be able to form a political party based on ethnicity.

We have five Slovak bilingual schools, two grammar schools (Békešska Čaba, and Budapest), and four university departments specialising in pedagogy. Last year, one student from the Čaba grammar school went to the Technical University in Slovakia and this year one student went to the University of Musical Arts in Bratislava. However, we are not using our full potential.

Hungarian radio and television broadcast in the Slovak language, but they do not cover all of our needs.

We would need to be in everyday contact with the Slovak language. The satellite dish has finally allowed us to follow the Slovak TV news channel TA3.

We have a weekly newspaper, Ľudové noviny, which informs us about the social life of Slovaks in Hungary. We ourselves publish an informational monthly called Čabän.

The Slovak language can be used in official contact - there are bills to support this. However, in Hungary official matters have always been arranged in Hungarian, therefore this option is not used.

For example, an average Slovak, even if he or she is able to speak cultivated Slovak, or a dialect, he or she does not know the official Slovak terminology.

TSS: Did Slovaks suddenly find themselves in Hungary after the collapse of the Austro-Hungarian Empire, or did they migrate there on purpose?

AI: Slovaks came to the territory of Hungary at the beginning of the 18th century. It was a migration within the borders of the Austro-Hungarian Empire. They were moving to the Lower Land in waves throughout the whole century. Čaba, as the first Slovak settlement of the Lower Land, was established in 1718 and at the turn of the 19th century it earned the title of the largest Slovak village in the whole of Europe. This meant that in no other place did so many Slovaks (about 20,000) live together within a single community.

They came here from Hont, Novohrad, and Gemer, but also from other locations in present-day Slovakia. They came with a hope for a bigger piece of bread. There were also those who ran away from their landowners. In this period many people were restoring their faith in Catholicism. The first settlers were Evangelists. Only after 50 years were they joined by the first Catholics.

Our ancestors cultivated neglected the land left behind after the Turkish rule. They built churches and schools for themselves. Through their diligence and creativity they became prosperous and built villages and towns. To this day, their successors live here, protect their heritage, and try to get it into the consciousness of other nations as well.