Slovak culture: the unity of variety

SLOVAKIA's cultural history is as rich and varied as most countries. The diverse ethnic and religious influences have, generation after generation, combined with natural, social and economic conditions to produce a unique cultural landscape.
The different regional communities in Slovakia have been united in a common effort to share their material and spiritucal environment. 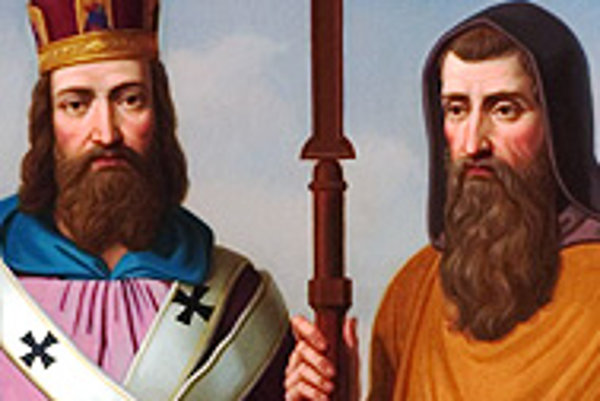 SLOVAKIA's cultural history is as rich and varied as most countries. The diverse ethnic and religious influences have, generation after generation, combined with natural, social and economic conditions to produce a unique cultural landscape.

The different regional communities in Slovakia have been united in a common effort to share their material and spiritucal environment. This has brought them closer together and enriched them, since culture quite naturally absorbs influences from outside.

And the culture of Slovakia is not confined to the Central European region - it is part of a greater European culture.

To learn more about the unique nature and variety of Slovak culture, visit an exhibition at the Slovak National Museum (SNM) at Vajanského nábrežie 2, in Bratislava. Slovakia and Its Culture - The Unity of Variety - Culture Specifics of Traditional Slovak Regions, can help locals better know themselves and their nation, and give an integrated culture-historical picture of Slovakia to overseas visitors.

The exhibition presents a selection of historical and cultural memorials gathered from several Slovak museums. Apart from the treasures - Košice golden treasure and other treasures from Hronský Beňadik, Modrý Kameň and Horný Vadičov - there are craftsmen's artefacts and folk artworks.

Many of the historical treasures are exhibited for the first time: Leo Albus (a statue of a lion), the oldest sculpture in Slovakia; Roman amphora; a Roman architectonic fragment; a German earl's grave; a Baroque monstrance; chalices with enamel decoration from the 18th century; Gothic and Baroque sculptures by Dionysius Stanetti and a relief by Georg Raphael Donner.

Other significant pieces of Slovak culture are in the Art of National Revival section. Being the part of the multi-cultural Hungarian empire, Slovaks had focused on building their own nation and culture since the start of the 19th century.

The fine arts developed along European lines dominated by the Austro-Hungarian monarchy's capital, Vienna. This tradition was broken around 1840 by a young generation of artists from the Prague Academy. Slovakia is best characterised by the works of Jozef Božetech Klemens and Peter Michal Bohúň. Klemens' work illustrating the Slovak missionaries Cyril and Method, a painting for an altar, has become a cult artefact, which was part of the museum's first exhibition in Martin.