The art and tradition of "Slovak" writing

THE WORK of the typographer is something the general public tends to take for granted. However, until now, very little was known about the tradition in Slovakia, even by the experts.
"I often heard my students sigh, 'There's nothing, there's no history', when talking about typography," said Professor Ľubomír Longauer. 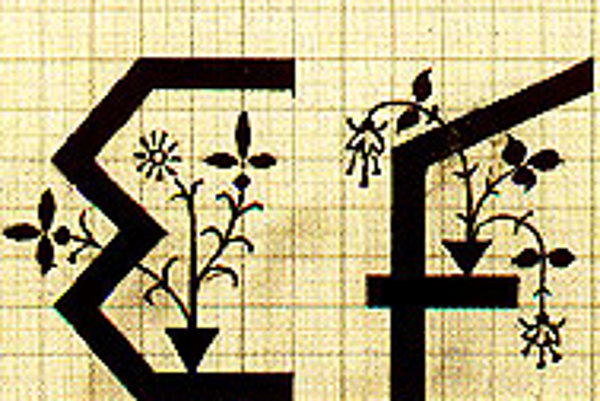 Font size:A-|A+0
THE WORK of the typographer is something the general public tends to take for granted. However, until now, very little was known about the tradition in Slovakia, even by the experts.

"I often heard my students sigh, 'There's nothing, there's no history', when talking about typography," said Professor Ľubomír Longauer.

So the professor set about repairing the gap, and after years of patient and painstaking research, an exhibition of typographic materials called Slovak Typography in the 20th Century: Part One 1918-1970, is on show at the Bratislava City Gallery.

Over the last four years Professor Longauer has pored over 10,000 books, talked to artists and contacted institutions. He learned that whenever there was a change of regime, or leading posts changed hands, a lot of material was simply thrown away. And the individual artists were reluctant to lend Longauer their works.

But through his determination and resourcefulness the professor managed to collect enough material to fill several exhibition halls.

The exhibition at the Bratislava City Gallery displays posters, book covers, magazines, illustrations and samples of various writing styles. The expert visitor, as well as the layman, can follow the development of writing since the end of World War I, to the era of "normalisation" under the communist regime.

Katarína Hubová, the director of the Slovak Design Centre that is cooperating on the project, gives high praise to the one-man effort in this largely unexplored field.

The exhibition displays works by more than 40 typographers. There are works by well-known Slovak modernists as well as by almost forgotten artists.

"I have found out that many graphic artists better known as fine artists and illustrators used to work with writing. People without an artistic background and architects also often did graphic design," Longauer said.

Based on his research, he considers modernist painter Martin Benka (1888-1971) to be one of the founders of modern Slovak typography, along with Mikuláš Galanda, Ľudovít Fulla, and Czech Jaroslav Vodrážka. The latter spent the most fruitful part of his life in the Slovak town of Martin, and his work on Miloslav Nadáši Jégé's novel, Adam Šangala, is considered his best.

Benka's ornamental style, influenced by folk art, contrasted sharply with the functional and purist approach of the German Bauhaus and Soviet avantgarde movements of that time. A contemporary of the famous Czech generation of cubist artists, Benka lived in Prague for 30 years. He was perhaps the most prolific creator of different fonts - between 40 and 60 of them.

"I was surprised at how systematic they are, and at the concern devoted to creating the letters. He was the first designer of the Slovak national myth," Longauer said.

Among other artists on show who devoted time to typography are Vincent Hložník and Ernest Zmeták. Visitors can also see collages by Miloš Urbásek, and examples of the tinker-like technique of Miroslav Cipár, Slovakia's most creative and varied calligrapher.

"I studied typography for 10 years during the totalitarian regime, but I never heard any professor mention any magazines tracing the issue, such as Slovenská grafia and Slovenský typograf. So, I decided to start a magazine myself," said Longauer, whose four-year work on mapping the development of typography has brought interesting results.

The exhibition is at the Mirbach Palace of the Bratislava City Gallery on Františkánske námestie 11. It is open Tuesday to Sunday from 11:00 to 18:00 until January 2, 2005. Longauer's magazine, Grif Graf, with partial English translation and rich pictorial content, is also on sale at the exhibition. Tel: 02/5443-1556 (-7, or 8).