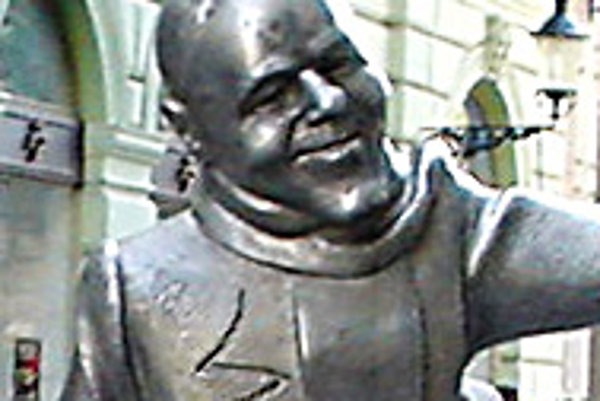 Eva Vojtechová works in the administrative office of Studia Academica Slovaca (SAS). She told The Slovak Spectator: "We have noticed an increased interest from South Koreans. European Union employees responsible for the Slovak agenda and those who cooperate with Slovak diplomats in Brussels also showed a larger interest."

A beginner at SAS who finishes the course will be able to understand basic Slovak phrases: Ako sa máš? Ako sa voláš? (How are you? What's your name?). To speak fluent Slovak or translate literary texts, however, years of study are likely required.

This year, 190 people applied for the course. The final number of students will be determined on August 8, when the course starts. It ends on August 27.

According to Vojtechová, approximately one third of the summer school students are back for the next level. "There are some students who are on their 8th year," she added.

A majority of the participants come from EU countries, primarily German-speaking students. This year, however, quite a few French and Spanish students applied as well. India, Egypt, Japan, China, and South Korea also have their representatives. Overall, the number of countries represented stands at 30.

Most SAS summer school students study Slovak at their home universities, generally in the context of Slavic and European studies, political science and sociology. They are using the summer course to immerse themselves into the Slovak language.

The second group of people who enrol in SAS' summer course are those connected to Slovakia through their relatives or partners or employment. A small minority are studying Slovak for no specific reason, simply because they are interested in the language.

The SAS summer school focuses on both oral and written exercises. Students at higher levels engage themselves in interpreting exercises and creative writing. Each teacher adjusts the three-week course according to the level of his students.

"A student favourite is "We To Ourselves", a programme where participants introduce themselves with short cultural presentations," Vojtechová said.

For the first time in its 40-year history, SAS will release a publication entitled "Current Slovakia", which describes the country's geographical, national, political, sociological and business importance. Of course, to understand the publication, you need to know basic Slovak.

Anyone interested in enrolling in SAS' summer course has two options:

- Obtaining a scholarship: Slovak Embassies and many universities can help a student apply for a scholarship. Each country has its own criteria, but if you don't ask for one you will not get one! The Slovak Education Ministry, the SAIA agency, the Slovak Office of the Socrates Programme and Commenius University in Bratislava grant scholarships in Slovakia.

- Applying directly: Visit the office of SAS in Bratislava on Gondova Street or visit www.fphil.uniba.sk/sas to obtain an application form, then mail it to the SAS address. Three-week courses generally cost around €450. Prices for accommodation, meals and trips around Slovakia are on the Internet. The official deadline for ensuring your spot in summer school is May 15. After that, it is on a first-come, first-served basis.

The SAS programme is partially funded by the state. The final costs depend on the number of self-paying participants and scholarships. The school programme also receives money from sponsors, for example, the National Bank of Slovakia.

From beginner to advanced learner

THIS is how it works: On the first day of school, students are given a placement test. Based on the results, they are then divided into groups: Beginners, intermediate and advanced. Courses are taught in Slovak but students are grouped according to their native language (i.e., native speakers of English are grouped with other native English speakers).

Beginners learn basic phrases. After the course they are able to introduce themselves, say something about their family and country and make basic conversation at shops, restaurants, offices or information centres. They learn numbers, colours, time and so on.

Advanced learners choose their focus: Slovak language, literature, and the interpretation of texts and translation. These courses are mainly prepared for Slovakophiles that study Slovak and concentrate on writing and translating professional or literary texts.