TRADITIONAL folk architecture can tell us a lot about the way people lived in the past. In Slovakia, there are still several places where decorative, wooden houses are preserved: evidence of a simpler, slower way of life. 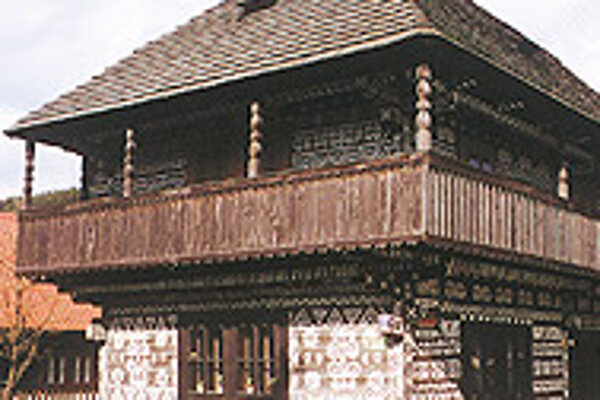 Font size:A-|A+0
TRADITIONAL folk architecture can tell us a lot about the way people lived in the past. In Slovakia, there are still several places where decorative, wooden houses are preserved: evidence of a simpler, slower way of life.

This small village with fewer than 400 inhabitants in the Strážovské vrchy mountains is well known for its wooden houses, adorned with unique hand-painted designs. The village is classified as a Reserve of Folk Architecture. In the late 13th century, the Tartars were charging through Slovakia, forcing local villagers - including the Čič family, whence the town's name is derived - to seek sanctuary. They found refuge in this remote mountain valley and, cut off from the rest of the world by its surrounding peaks, settled into a traditional Slovak lifestyle, meaning that the women wove, embroidered and made clothes, and the men farmed the land and herded sheep and cattle.

Despite the natural solitude which first led to the settlement of the hamlet, fate has over the years done its best to destroy the small enclave of Slovak culture. After one fire ravaged Čičmany in 1921, completely destroying the town, the villagers rebuilt and redrew the designs - only to have occupying Nazi soldiers set the village ablaze during World War II. After the war, the Office for the Care of Historical Monuments in Bratislava oversaw the second massive reconstruction of the village.

This six-kilometre-long village (15 kilometres north of Tatranská Lomnica) is a living museum of folk architecture at the foot of the White Tatras, to the east of the main Tatra range. Brightly painted wooden houses line the valley, which is a lush green in the summer and blanketed white in the winter. In these colourful houses live the town's inhabitants, Gorals of Polish origin.

In the mountains between Banská Bystrica and Staré Hory sits Špania Dolina, a small village of fewer than 200 inhabitants. Špania Dolina was originally founded as a mining town with excavations of the surrounding hills beginning as early as the Bronze Age. When the iron-ore ran dry in the 19th century, the town quickly moved on to become well known for its lace making. Indeed, in 1833, a school teaching the trade was established in the small hamlet.

Still known for its lace, Špania Dolina is today also a preserve for folk architecture as a result of its well-maintained miner's houses and Klopačka tower, in which the mine foreman would signal the start of the working day by pounding a mallet on a resonant wooden board, creating a timbre heard throughout the village.

In 1993 the village was designated a UNESCO World Heritage Site, representing Slovakia's folk heritage. Forty-five buildings - mostly houses - have been preserved (during Slovak National Uprising the Nazis torched 20 of them). Vlkolínec sits in a green amphitheatre of valley and mountains in the Veľká Fatra.

Compiled by Marta Ďurianová from the sixth edition
of Spectacular Slovakia, the
Spectator's annual travel guide