Interview with Marián Jusko, Chairman of the Board of Slovnaft, a.s. 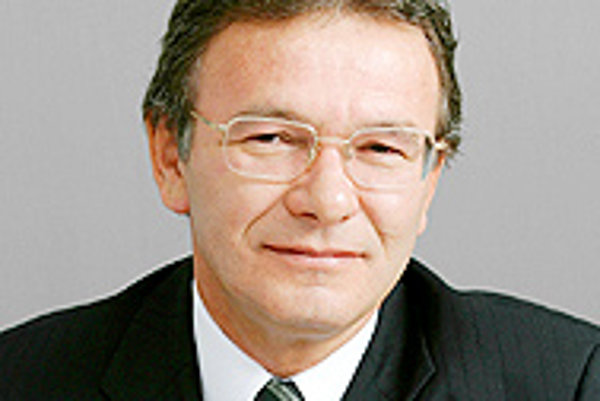 Font size:A-|A+0
The Slovak Spectator (TSS): As the governor of the National Bank of Slovakia from 1999 to 2004 you helped create the country's economic and business environment. Now you're on the opposite side of the fence as a private businessman. How does it feel?

Marián Jusko (MJ): It's a pretty big change, that's for sure, and it's a different kind of work. But in the widest sense, my mission hasn't changed. At the central bank my job was to help build up the credibility of the bank as the institution responsible for monetary policy, for the currency, and to keep this trust that the public had given the bank. Building this credibility was basically a greenfield project.

In this sense, my task at Slovnaft is similar. Following the privatization of the refinery [in 1995], and its further privatization [in 2000] and Slovnaft's inclusion in the MOL Group, public attitudes towards the company varied widely, and included the view that we were basically about high prices and high profits.

My mission is thus to build up the perception of Slovnaft as a market entity that behaves correctly, a company that is one of the biggest employers, investors, exporters and tax payers in the country and a market player that has to obey market principles to remain competitive, but on the other hand tries to understand the problems of Slovak citizens and within our abilities to help solve them.

During my 12 years at the central bank, it was an institution that was more or less accepted by the public, and people seemed happy that the country had such a bank. I would like to achieve the same perception of Slovnaft.

TSS: Petroleum products more than almost any other international commodity are vulnerable to international events. How difficult is it to run a business when even a hurricane 10,000 miles away can affect your pricing?

MJ: I have to say, it's very difficult and demanding to run business on such a fluctuating market. Under such conditions, even a small, unpredictable or random issue can destabilize the market and push up international quoted prices to unseen heights. Under such conditions, even a minor "error" in pricing can have unforeseeable consequences for oil companies. Therefore we have to try to maintain a balanced market price in order not to make the situation even more serious and the supply/demand balance even tighter than it already is. If we didn't do so, it could endanger the safe and continuous supply of the market and might lead to further turbulence in fuel prices. However, we believe that despite the criticism of the Finance Ministry, Slovnaft has succeeded in maintaining balanced market prices. If this was not the case, net fuel prices in Slovakia would not be - as EU statistics show - among the lowest in the EU25.

TSS: To what extent are calls by politicians and the Finance Ministry for a change in Slovnaft's price policy justified?

MJ: The reason that Slovak fuel prices are high is not that Slovnaft wants them to be high. Fuel prices are rising not only in Slovakia, but across Europe, around the world. This rise is being driven mainly by global factors that can't be influenced by Slovnaft or by Slovakia. The main reason for the recent price rises is not wars or natural disasters, but the extremely high demand for crude and fuels, especially from China, the US and India. The supply is simply unable to keep pace fully with the growth in demand due to limits on crude production and on refinery and logistics capacities. Increasing these capacities could push prices lower, but would require huge investments and a long time.

It's also important to note that the net price of gasoline or diesel (not including taxes) is about Sk18-19 (.50 euros). This covers all costs, from producing the crude in Siberia, shipping it thousands of kilometers to the refinery, processing it into sulphur-free products, distributing the products to the fuel station, and then selling them. The "Slovnaft" price for one liter of fuel is the result of the efficiency we have achieved in our operations and the functioning of the whole supply chain. Strong international competition is also pushing companies to further reduce their costs. Just for the sake of illustration, our gas prices are about the same as what a liter of mineral water costs you in the grocery store, even though the production costs for mineral water are significantly lower.

TSS: The proposal of the Russians to cut back on oil exports for Slovakia and to send them instead to the Czech Republic caused concern in this country. What has Slovnaft been doing to get the Russians to change this plan?

MJ: Despite the fact that the official schedule of crude supplies from Russia to Slovakia for the fourth quarter of 2005 indicated the possibility of lower crude supplies to Slovakia than called for in the inter-governmental agreement between the Russian federation and Slovakia [6 million tons of crude annually, or 1.5 million tons per quarter - ed. note], we believe that Russia will meet its obligations resulting from the agreements it has signed. Slovnaft has already agreed with Russian crude suppliers on sufficient quantities, and our most recent information from [the Russian state-owned distribution and logistics company] Transnefť and the Russian state administration suggests that Russia will in fact provide Slovakia with enough crude.

TSS: How will a Slovak government plan to require Slovnaft to unbundle its local stations if it abuses its dominant status affect the company? Is the government's aim justified?

MJ: First of all, it's the responsibility of the state authorities to supervise and enforce laws and regulations, and make sure they are observed by companies and individuals. We respect this.

Although we have been informed of the planned amendment to the Act on Competition, which the Anti-Trust Bureau is due to have ready by November, we don't believe it relates principally to Slovnaft, as we are convinced that Slovnaft does not abuse its market position.

The only institution that has the responsibility to to investigate and declare abuses by companies of their market positions is the Anti-Trust Bureau, and that Bureau - I want to underline this - has not declared that Slovnaft abuses its market position. It is even doubtful whether in the case of Slovnaft we can talk about a dominant position on the market. Slovnaft exports about 75% of its total production to European markets, while about 80% of its profits come from exports. It's hard to imagine that a refinery of Slovnaft~s size could have a dominant position on the European market. We also have to remember that the EU market is a single market without barriers, so it's equally difficult to sell on the domestic market as it is on export markets. I think there is no better proof that Slovnaft does not abuse its market position than the fact that net fuel prices in Slovakia are among the lowest in the EU25.

TSS: EU law requires Slovakia to build the capacity for 90-day reserves of oil, and the government is considering whether to build its own, in addition to Slovnaft's reserves. Again, why are they considering this, and how would it affect you?

We believe that addressing such a key issue as state security reserves requires a clear and consistent long-term strategy for increasing, financing, storing and managing state reserves, a strategy that would ensure stability and security at a reasonable price for tax payers. We are prepared to help reach this objective.

TSS: Your relationship with the government recently seems to have been rather difficult. What is going on?

MJ: Due to disturbances on international crude oil and fuel markets, governments have started to pay closer attention to this issue. However, I don't think all of the initiatives taken on a governmental level in different countries have been rational. We have to remain aware of the basic dynamics of this issue. On the one hand we have emerging markets, such as India and China, growing with exceptional speed, along with a US economy that is back on track, all of which is producing a dramatic increase in energy consumption. On the other hand, energy supplies are limited. I'm convinced that this issue requires coordinated efforts at the international level to ensure sustainable economic growth.

TSS: Has the honeymoon between the Slovak government and foreign investors come to an end? Are we starting to see the government take a tougher approach to investment incentives, or on the other hand do you feel the state is too soft where investors are concerned?

MJ: I think you have to look at every project separately, and it's not possible to generalize. In every case, the state has to weigh the possible benefits and what each investment could contribute, and try to find a balanced approach that also makes efficient use of state budget money.

In the last 10 years, Slovnaft has invested about Sk46 billion mainly into the modernization of its refinery and petrochemical plant, without the benefit of tax holidays or other investment stimuli from the state budget, in other words the taxpayer. These investments have made Slovnaft one of the five most modern refineries in Europe. The company is also an important producer of plastics and polymers.

Unlike the past, after its heavy modernization Slovnaft is now able to process Russian crude oil - which contains more sulphur and heavy elements - into products with high added value very efficiently, which is one of the key competitive advantages of the company. We are now able to produce 1 million tons more fuel from the same amount of crude oil than we could before the modernization, due mainly to our EFPA project, which focused on efficient crude processing and the production of ecological gasoline. Without the EFPA project, Slovnaft's profitability would be only about one third of the current level.