JANUARY 1 brought some new laws to Slovakia. There are new rules for setting the minimum wage. The capitalisation pillar of the pension saving system is open. New tax laws mean Slovaks pay less for books and more for cigarettes. New investment incentive laws will change the way foreign investors are compensated for bringing their companies to Slovakia. 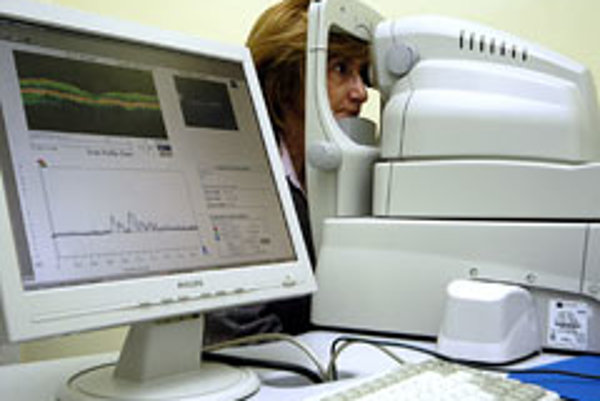 A new low requires a referral from a GP to be a ble to see a specialist (Source: SITA)
Font size:A-|A+

JANUARY 1 brought some new laws to Slovakia. There are new rules for setting the minimum wage. The capitalisation pillar of the pension saving system is open. New tax laws mean Slovaks pay less for books and more for cigarettes. New investment incentive laws will change the way foreign investors are compensated for bringing their companies to Slovakia.

Other laws affect negotiations with investors, social affairs, health care and other areas - in short, almost all spheres of public and business life.

A new Act on Investment Incentives came into force on January 1. Under this law, investment incentives will be directed mainly to regions with a high unemployment rate, and to investments with a higher added value. The law favours investment stimuli for industrial production projects, technological centres, strategic service centres and tourist centres, but the cabinet will have the final say on handing out investment aid.

The Economy Ministry expects that the state could spend a total of Sk2 billion (Ř60 million) per year on investment stimuli, in the form of direct and indirect help.

A controversial new law on one-off special measures for preparing some highway construction projects is also in power now. Under the law, the state can take ownership of land where it intends to build highways before it receives a construction license for the project. According to Transportation Minister Ľubomír Vážny, the law is a key step on the way to launching public-private partnership projects in Slovakia.

More than 1.5 million pension savers who have joined the private pension savings system since January 2005 now have the option to return to the state-run pension system until June, under the Social Insurance Amendment.

The law also sets a new minimum time period for saving in both the private pension system, also called the second pillar, and the pay-as-you-go system run by the Sociálna Poisťovňa social state security provider, known as the first pillar. Slovaks must now save for 15 years before they can claim an old-age pension, up from the previous minimum of 10 years.

There are also new rules to set the minimum wage as of January 1 each year. If the social partners (employers, unions and the government) cannot reach an agreement on the minimum wage, it will increase in step with the growth rate of the average monthly nominal wage in Slovakia.

The first time the minimum wage will be increased using this method will be January 1, 2009. The minimum wage hike that came into effect in October 2007 - an increase from Sk7,600 to Sk8,100 - will be in place until the end of this year.

The rate will be reduced gradually until the end of 2014, and after 2015 pensions for this type of insurance-holder will be the same as their real wages.

This year, the Sociálna Poisťovňa social security provider will eliminate penalties on outstanding premiums and levies for old-age pension savings from before January 1, 2007. The penalty will be pardoned on the condition that the premiums and levies are paid by January 31.

But the pardon does not apply to penalties for outstanding premiums and outstanding levies for the old-age pension savings from after January 1, 2007.

Spa care will be more accessible as of this year, the Health Ministry expects, after the amendment on the extent of health care coverage comes into force. The amendment cancels the C diagnosis category in spa care, in which the patients pay for their stay and their therapy themselves. These diagnoses were shifted to Category B, in which the insurance company covers the therapy and the patient pays for the stay. Some services from Category B moved to Category A, in which the health insurance company pays the full cost of both the therapy and the stay.

But according to the chairman of the parliamentary committee for health care, Viliam Novotný (SDKÚ), these new rules will cost hundreds of millions of crowns. He said the change will have a negative impact not only on insurance companies, but also on spas.

It also introduces new preventative examinations, including breath-tests to detect the presence of Helicobacter pylori - a bacteria that can occasionally lead to peptic ulcers, gastritis and other infections - for insurance policyholders aged 19 and 20.

As of 2008, some groups of policyholders will not have to submit the annual health insurance declarations - students, old-age pensioners, and assistants and caregivers for people with disabilities.

Patients can only visit a specialised doctor with a referral from their general practitioner now. District GPs will not be allowed to refuse a patient with a permanent residence in their district. But patients will still be allowed to choose any doctor they prefer.

Starting this year, books, brochures and similar printed goods carry a value-added tax of 10 percent. According to Prime Minister Robert Fico, this will revive the book market, which has stagnated since the 19-percent VAT was introduced.

Drugs and some health goods have already been taxed at the lower 10-percent VAT rate since January 2007. All other goods are taxed with the basic VAT rate of 19 percent.

Expanding the number of goods taxed with a lower VAT rate will decrease state revenues from VAT by Sk137 million, according to the law on the VAT that was approved. That will go up to Sk143 million for 2009, and Sk150 million in 2010.

The increase in tobacco taxes was a result of limits set by the European Union, according to the Finance Ministry. The state budget will get an additional Sk1.3 billion in 2008 from the excise tax hike. The ministry estimates revenues will grow by Sk1.41 billion in 2009, and by Sk1.46 billion in 2010.

Starting January 15, passport offices will start issuing new travel passports with a biometric feature - a digital map of the face. The amendment on travel documents also calls for fingerprints to be added to passports by June 29, 2009.

The Interior Ministry calculated the cost of introducing the new passports at more than Sk1.5 billion. The ministry does not expect more applications for new passports. All passports issued up to the end of 2007 will be valid until the expiration date they were issued with.

The new passports lets Slovakia fulfil one of the conditions for visa-free travel to the US.

An amendment on voluntary auctions, which includes what’s known as the law on loan sharking, also came into force in January. It deals with companies that offer fast cash, usually within 24 hours, but ask clients to use their real estate as collateral. The client pays astronomical interest rates that are several times higher than the amount of the loan. If the client is late paying a single instalment, his property moves to a voluntary auction even before the company suggests an alternative instalment calendar.

The aim of this amendment is to improve the transparency of the voluntary auction process, and to prevent citizens from losing their property under unfair circumstances. It also sets clear rules for negotiating and implementing the transfer of property rights, and aims to make some private law institutes more effective.

The new loan legislation puts a ceiling on how much banks, financial companies or credit companies can charge for a consumer loan.

It also obliges financial companies to tell clients the total cost of the loan, including interest and all the fees involved in the transaction, and the average market price.

The ceiling will be proposed by the Finance Ministry and then approved by the cabinet as a regulation.

With files from SITA