AFTER years of living and working as an English teacher in Slovakia, I recently became self-employed. (Stal/a som sa živnostíčkou/kom.) I was thrilled about this accomplishment, but when I shared the news (podelil/a som sa o novinu), I noticed very different reactions from the people back home and those I know here. 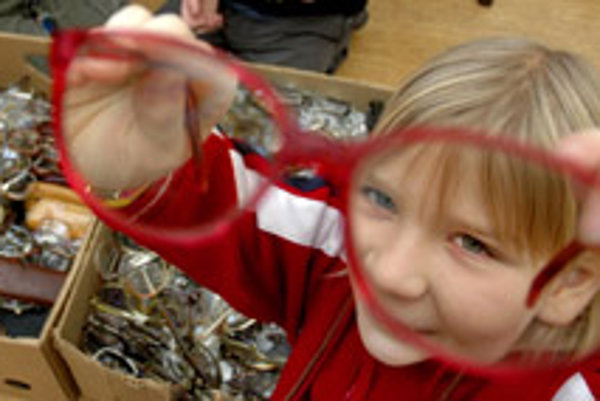 The world looks different depending on the "cultural goggles" you wear. (Source: CTK)
Font size:A-|A+

AFTER years of living and working as an English teacher in Slovakia, I recently became self-employed. (Stal/a som sa živnostíčkou/kom.) I was thrilled about this accomplishment, but when I shared the news (podelil/a som sa o novinu), I noticed very different reactions from the people back home and those I know here.

The reaction from America was beaming smiles and jumps of joy.

“That’s wonderful! Good for you!” my family and friends told me. “You’re going to do great! What a great opportunity! Make sure the government doesn’t suck you dry (že ťa štát nevycicia) - just kidding!”

But the Slovaks sang a different tune, to the accompaniment of frowns and crinkled brows.

“Oh. It’s going to very difficult (Bude to veľmi ťažké),” my colleagues and friends said. “There’s going to be so many costs and no guarantee of a steady income. The government is going to suck you dry - I’m not kidding. I was self-employed, it’s really hard!”

I had experienced this less than optimistic reaction from Slovaks before, but this time it really made me think. After comparing the standard of living in both countries, I came to the conclusion that outlook on life is influenced by culture.

Americans could find a lot of reasons to be unhappy if they wanted to. Much of the country is fed up with the government, the economy is on a downturn and the value of the dollar has sunk to a record low. Slovaks, on the other hand, should have every reason to be optimistic: the GDP growth rate (miera rastu) is almost 9 percent compared to 3.5 percent in the US, foreign investment is pouring in, jobs are becoming more available and a new social elite is burgeoning.

But it is possible that I’m still seeing everything through my cultural goggles (kultúrna prizma, literally okuliare).

So I discussed this with one of my students, who clarified that for Slovaks, what Americans may perceive as pessimism is only a way of showing that you care enough for someone to give them honest advice. Therefore, a warning that something will be difficult isn’t meant to discourage you, or imply they doubt your ability to be successful at it, but only to convey their sincere concern.

When Slovaks view American optimism through their cultural goggles, it sometimes comes across as childishly naive and insincere. They don’t realize that hope and enthusiasm confirm American values, such as achievement in the face of adversity and the importance of testing yourself.

Slovak and American culture also differ in the directness of their interactions. Because Americans value optimism, we shape our language to point out the positive in something before the flaws are mentioned. This reinforces our belief in the famous can-do spirit (viera v úspech).

Slovaks, on the other hand, have what they see as openness, which to Americans can sound overly negative. “Life is hard” is a phrase I often hear.

My personal experience with this culture gap occurs in the classroom and at management feedback sessions. My students are flabbergasted that they got a C on a test after receiving what they had perceived as a positive evaluation from me. This has also led to Slovaks who work under foreign bosses fearing the dreaded phrase “room for improvement” (dalo by sa to vylepšiť).

This different take on pessimism and optimism creates both the danger of misunderstanding and an opportunity for greater cultural sensitivity. Therefore, Jane and John should probably be more realistic and direct sometimes; Jana and Jano would do well to develop their idealism and can-do spirit; and everyone would benefit from realizing that it’s up to us which pair of cultural goggles we’re going to wear today.